THE HOT RATS: (The Late) Supergrass' Super Side Project!

(The Late) Supergrass’ Super Side Project!

This past year the longtime British—or should I say "Britpop"—since they will forever be associated with that genre—chart-topping rock band Supergrass broke up due to the old "musical and creative differences" reason after a nice seventeen year run.

One can easily surmise that the difference might be named Mick Quinn, bassist, backing vocalist and co-writer in Supergrass, since the other two members of this highly successful trio also including Gaz Coombes (guitar/lead vocals) and Danny Goffey (drums/backing vocals) have now released, since announcing Supergrass' split up, an album where they are known as The Hot Rats. 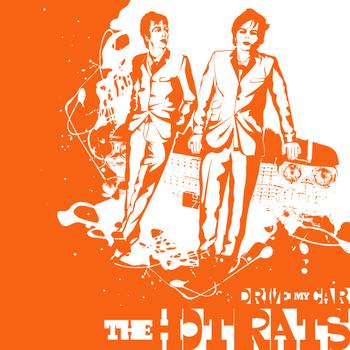 The Hot Rats, taken from the name of Frank Zappa's brilliant first solo album sans The Mothers Of Invention, began life releasing a great cover (with a truly fun accompanying video) of The Beatles' song, "Drive My Car" for use in an ad campaign for Hugo Boss perfume.

So exactly what is so appealing about an album that covers nothing but songs made famous by legendary artists and groups of the past? and how has this album rocketed to the top as one of my favorite albums released this year?

In 1973, David Bowie released Pin Ups, a remarkably prescient album of cover songs that he chose because they were some of his fave songs by his favorite groups and influences out of the great British mid-sixties mod/pop music explosion of his teen years. Not only was the album his next after the gigantically popular Ziggy Stardust and The Spiders From Mars album, it was his final time to use almost all of the Spiders From Marsbacking band (excepting Mick Woodmansey the drummer).

So while the album looked backwards and confused fans after so many great original albums by Bowie had come out before, at the same time it looked forwards to what Bowie held in store for his fans throughout the world. At the time both derided, and yet still hitting #1 on the U.K. album charts (and a respectable #23 on Billboard's chart) it has since become a beloved jewel in the great David Bowie discography.

The Turn Ons album was made with a self imposed restriction by Gaz to not follow a trend of covering something that he dislikes or is a just contemporary pop fluff, like some young indie band might come up with by doing a Justin Bieber song. Classic songs all are present here, from at least 40 years of pop, rock, punk and hip hop. At first glance, these are as unpredictable a selection of songs to cover as you will find anywhere, yet upon closer inspection, the rock and roll good times that appears on the surface mask connected themes of a darker nature not unlike those that hover over our contemporary times i.e. obsessions with sex, drugs, money and fame, a resignation to one's fate, frustrations, anger, sadness and a healthy dose of lyrical irony. Does this mean the album is a downer though? hardly. As insightful as Turn Ons is with a close observation, it also makes for a great fun party collection. No small feat to compile, let alone rework and make into their own gems. 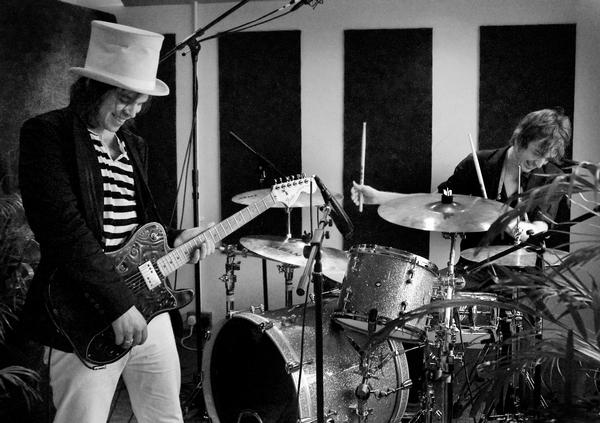 The album kicks off with Lou Reed/The Velvet Underground's "I Can't Stand It." Chosen perhaps because it is also the first song from Lou Reed's self titled debut solo album? Appearing first as the opening track on 1969: The Velvet Underground Live, the song was notable as a live song that had not appeared on any V.U. albums. A great burst of rock and roll with a defiant lyrical statement of intent on sustaining through some bad times.

From there it's Ray Davies' glorious Kinks' song from the magnificent The Kinks Are The Village Green Society album, "Big Sky" and The Doors' eerie number, "The Crystal Ship." 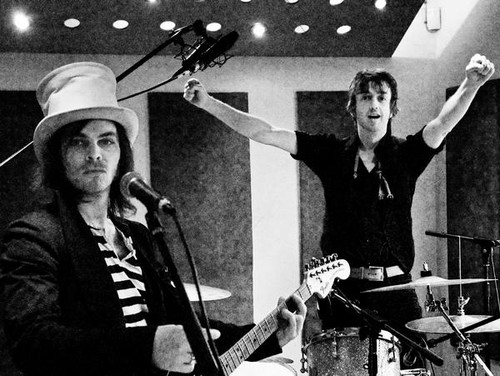 Next a quartet of songs that really showcase the creativity for which The Hot Rats are able to muster. The Beastie Boys' "(You Gotta) Fight For Your right To Party" is easily the centerpiece of Turn Ons with a complete reworking that converts the song into an early Who styled mod anthem a la "My Generation." An absolutely imaginative and startlingly fresh take on an ironic masterpiece.

I wouldn't have thought it easy to take the taunt electric post-punk-funk of Gang Of Four's "Damaged Goods" and use acoustic guitars or the champagne drizzled '70s glam funk of Roxy Music's "Love Is The Drug" into an altogether new rock territory, but once again The Hot Rats crank up their right on! dial. Syd Barrett's Pink Floyd songs have been covered many times, but somehow this version of his "Bike" is luminously compelling and draws more out of the song's Alice In Wonderland qualities than previous covers.

From Elvis Costello ("Pump It Up") to The Cure ("The Lovecats"), David Bowie ("Queen Bitch"), The Sex Pistols'("E.M.I.") and ending with an even more forlorn than the original take on Squeeze's beloved "Up The Junction," the album is a moving, cohesive and sonically arresting masterpiece (thanks to super producer Nigel Godrich of Radiohead and the Scott Pilgrim soundtrack fame). 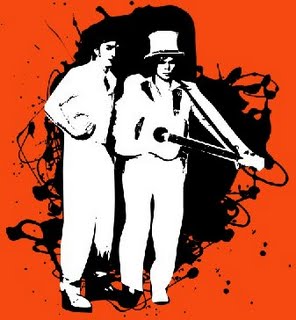 It has been a long, long time since any tribute, or cover album has the makings of a classic, but The Hot Rats' Turn Ons does. No small miracle accomplished here, but somehow Gaz and Danny manage to take their frustrations, favorite songs and turn it into something you really want to listen to over and over.

With the ending of Supergrass, The Hot Rats have also joined the French duo Air as a backing band for the first live tour of Air's soundtrack to the film The Virgin Suicides—enticing to say the least... 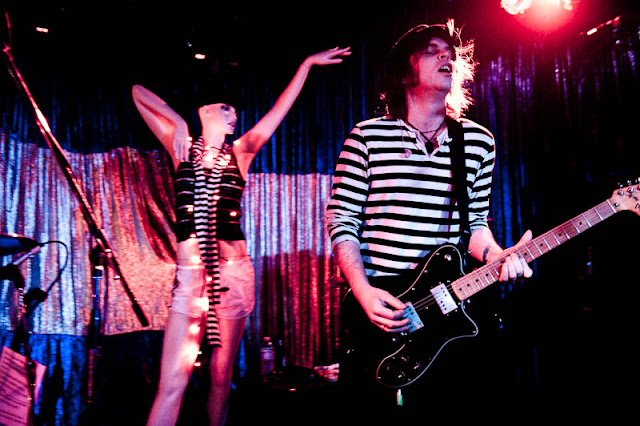 The Hot Rats' Turn Ons is available from three different independent labels as well as through iTunes were you can also purchase two bonus tracks: The English Beat's "Mirror In The Bathroom" and The Pet Shop Boys' "West End Girls."

Hopefully, The Hot Rats are no one off lark and continue to travel to places that are as inspired, imaginative and charming, all the while bringing back some much needed rock and roll fun.

Long May The Hot Rats Run!