Halloween is one of the stranger quasi-holidays that many of us celebrate. Personally I enjoy a round-the-year love of most things that many people only go for on Halloween such as creepy films, scary stories, kitschy bad novelties, and disturbing yet cool music.

Life is in so many ways, one big Halloween costume party, so when October 31st rolls around I usually see it more as a good time to bulk up on certain things that are more readily available this time of the year, until they are put back into the retail coffin storage warehouses or usually sold off at as cheap bargains (I always seek them out) to make way for the bad Thanksgiving decorations and props of November.

We all have our well loved movies, music, books and other activities to keep us happy around All Hallow's Eve. Of course nothing would be right without the prerequisite Bruce Campbell/Sam Raimi Shempfest that are the Evil Dead films, the original Romero classics Night Of The Living Dead and Dawn Of The Dead, Hitchcock's Psycho, numerous Vincent Price flicks (many are the wonderfully disturbed period films directed by Roger Corman of course), Dario Argento's Suspiria, and loads of the Universal Horror masterpieces.

In tribute to this year's Halloween extravaganza, I thought I would share a few lesser known delights that are my personal hand-picked classics, yet may be a brand new discovery for you, dear reader. Perhaps you will find one golden piece of candy corn among these Mystery Box faves! 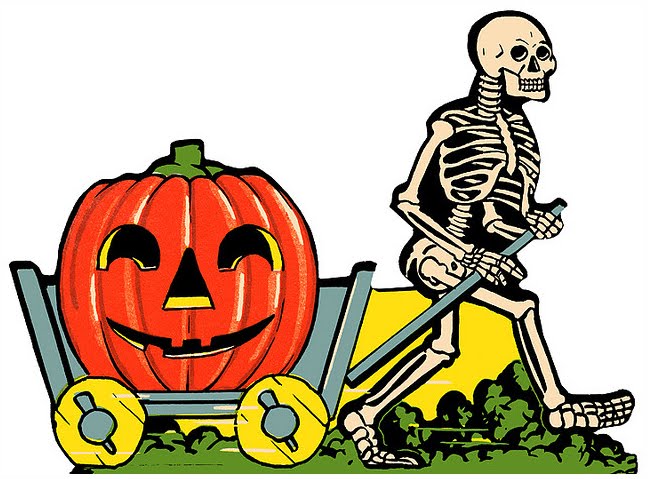 As it says on the first page of his site: "...celebrate Halloween EVERY day here!" and indeed you can if you visit Richard Miller's extraordinary SPOOKSHOWS.COM. 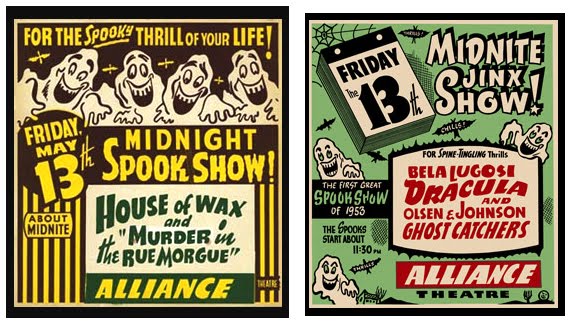 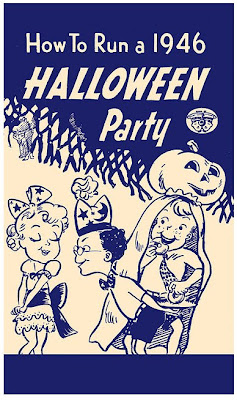 This is easily one of my favorite gathering places for all things vintage Halloween. Here you can purchase many affordable replica items of Halloween's creepy and often delirious past, such as t-shirts, mugs, stickers and posters all featuring fantastic Spookshow advertisements and trick or treat artwork.

There are numerous links such as recommendations for scary ambient music and films, for seeking out original antique Halloween collectibles to own, on how to throw your own vintage style Spookshow, and to some incredible photos of collections.

Just the tip of the old pointed witch's hat, as you can spend a great deal of time exploring the efforts that Mr. Miller has made in keeping such a wondrously garish celebration of Halloween's past alive.

Definitely a nice starting point should you wish to explore the artistry of Halloween's garish and fun past. 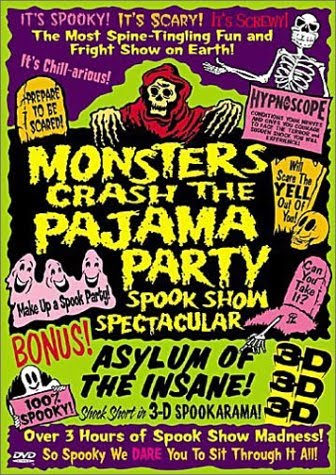 This absolutely essential DVD gem was was released in 2001 and is still one of the only collections that best captures the essence of both Halloweens of the past and Spook Shows from their heyday of the 1920's to the 1960's.

Since it was released by one of my favorite DVD publishers of all time, Something Weird Video, it is completely jam packed with extras, bonus features and hidden egg delights.

The DVD title comes from the included feature film which is an extremely bad bit of goofball nonsense that has a gorilla in a fur coat (I relish this kind of thing).

While some of the material was meant to be viewed with accompanying live scare devices (such as the main feature) I still wholeheartedly dig this kind of inane trash.

Oh almost forgot to mention there is also a 75 minute feature directed by I like to make films about humans and creatures grow to giant size, Bert I. Gordon entitled Tormented(1960). Whew! 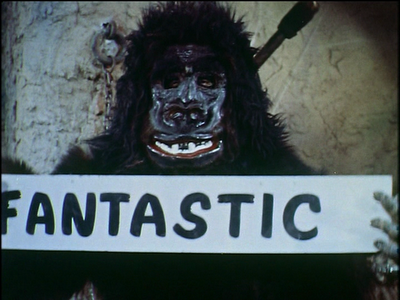 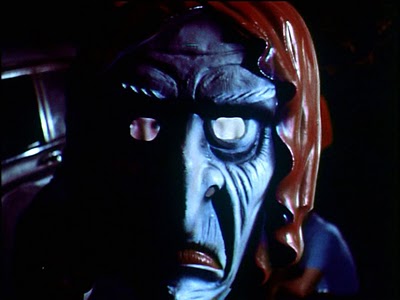 ...and now for something darker:

One of Lou's most complex, difficult and sprawling recorded works that doubtlessly, few casual, let alone many of his devoted fans, have purchased and sat through. This is unfortunate, because the album in its full 2 disc version is a mind blower of creativity and gets to the core of Lou Reed as an artist, perhaps more than much of his work as a whole. While it may not be as rock and roll friendly or song filled as his more well known work, and like the works of Edgar Allen Poe, is pretty freakin' black, The Raven actually rewards with a broad spectrum of Lou inimitable palette and beauty.

The album grew from Lou's commissioned music which was meant to accompany a theatrical piece called POEtry by Robert Wilson. With the album, Lou attempts not to merely put some music and sound effects to the work of Poe, although there is that here as well, but to thoughtfully capture the impetus that drives addictions, a deep desire for the taboo and our own mad rush towards self destructive acts. As it embodies the work of Edgar Allen Poe, so too have these themes been a constant presence in the writing of Lou Reed. From his seminal days in The Velvet Underground, through his own growth as a significant solo artist and as PBS puts it, an American Master, Lou is no lightweight. 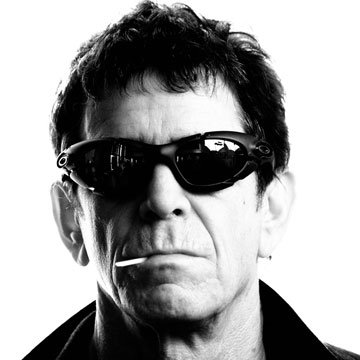 At various times he album is a vividly creepy radio drama with sound effects, a Velvet's styled sonic rock and roll exploration, and a hallucinatory, gauzy veil of song. The Raven brings with it some monumental weight, and a plethora of illustrious guests as readers, vocalists and musicians such as David Bowie, Antony, Laurie Anderson, Ornette Coleman and a lot of Willem Dafoe and Steve Buscemi (he sings!).

Search around for reviews of The Raven and you will find everything from five star praise to utter savaging. Personally, I think that at some point the work will be reassessed and overwhelmingly viewed as a masterpiece. Perfect for those who enjoy the darker side of a Halloween evening—a la anyone that might love to read Poe in the first place—while also enjoying a long, fascinating, conceptual Lou Reed tour de force.