The Film That Rocked

The Film That Rocked

Renowned Director Richard Curtis (Blackadder, Mr. Bean, Notting Hill, Four Weddings and A Funeral to name only a few) brings to life the exciting, colorful and often madcap world that was revolving around the zeitgeist of mid sixties Britain in his latest feature, Pirate Radio (U.K. title: The Boat That Rocked).

Forget the usual tepid remakes, uninspired adaptations, disappointing ideas and lousy sequels to films that were never so hot to begin with, this is easily my favorite original fun film of the year. 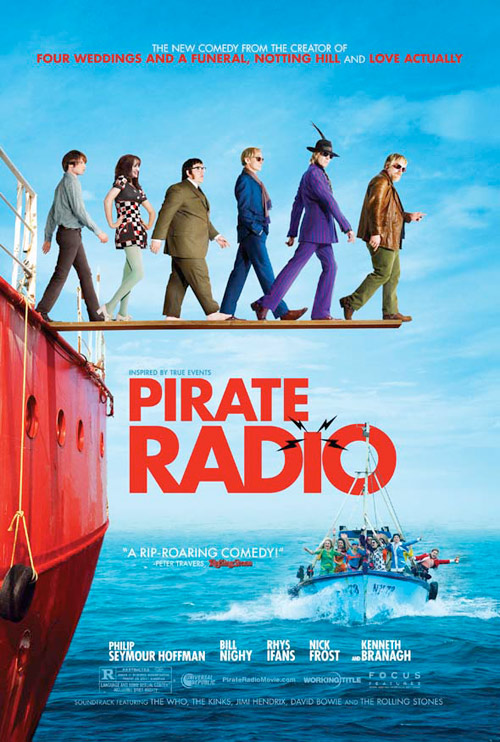 The story takes place during 1966.

A head spinning time when England's conservative past clashed head-on into the youthful counterculture made up of disenfranchised teenagers, a bored working class, and anyone looking for an escape from the gray that was forcefully established by the Monarchy's ruling elite and their subservient bureaucrats.

This was a time when rock and roll, and pop music were still both underground and yet everywhere, dangerously exciting and still innocently frivolous—breaking barriers at warp speed. Music is an escape for the masses, and as it often has been throughout history, a balm for the suffering and lonely souls who seek shelter from life's harsh storms. 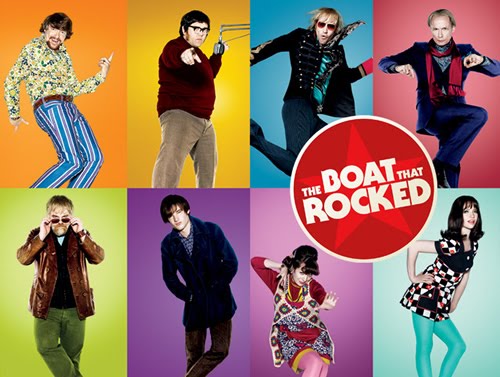 Taking this premise, Curtis comically (and loosely) bases his work around the rock and roll party at sea setting that was the true life offshore Pirate Radio stations such as the infamous Radio Caroline. These stations, large anchored ships set up with radio towers and complete studio facilities, as well as long term living quarters, broadcast twenty four hours of music that was little, if ever heard on any official government subsidized radio stations such as the B.B.C. which was not so quite enamored of the newer youth sounds, yet, over half of Briton's population was keen to listen to these sounds. 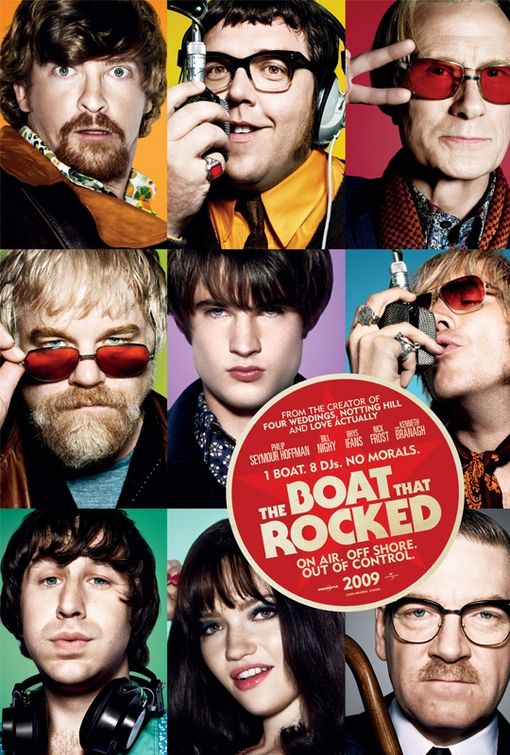 The plot revolves around the young, naive, and freshly expelled from school, Carl (Tom Sturridge) who is sent by his mother to live (for reasons unknown?) on the Rock Radio ship to with his Godfather, Quentin (the always amazing Bill Nighy, as the radio station's wealthy yet subversive owner/patron). 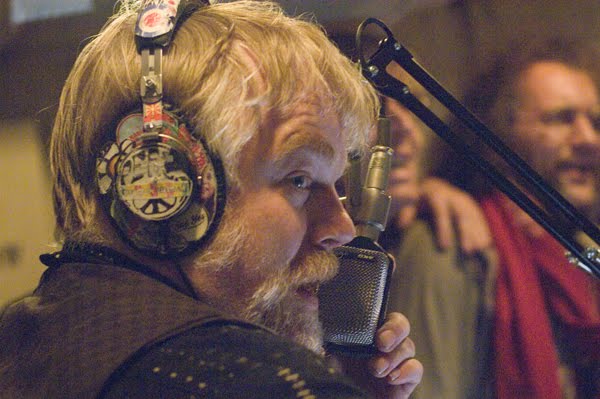 Super-actor Philip Seymour Hoffman stars as "The Count" an American exPatriate D.J. who manages to live out his Rock and Roll dreams of freedom amidst a truly superb and recognizable ensemble of great U.K. actors who have appeared before in works such as Shaun of the Dead, Hot Fuzz, Black Books and The IT Crowd. 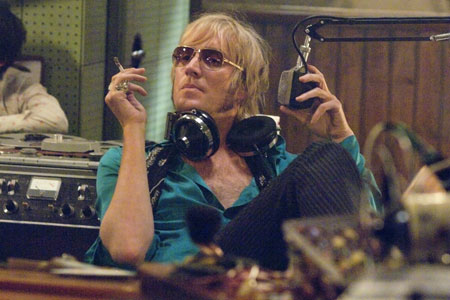 Gavin, "King of the Airwaves"
A few stand out roles include the tight collared government Minister Dormandy, who is on a madmen campaign to rid the airwaves of the vile sewerage known as ROCK, played with a horrifically comical determination by Kenneth Branagh, whose genius as an actor is once again solidified here. The ever lovable Nick Frost (Shawn of the Dead, Hot Fuzz) as the corpulent superstud, Dr. Dave, DJ "Big... and very beautiful" (and often very disturbing), Bob "The Night Treader" a mysteriously psychedelic wizard of late night (Ralph Brown), and Rhys Ifans, who, as the hugely popular Gavin "King of the Airwaves" steals the many scenes that he appears in, as easily as he wears the grooviest of clothing. 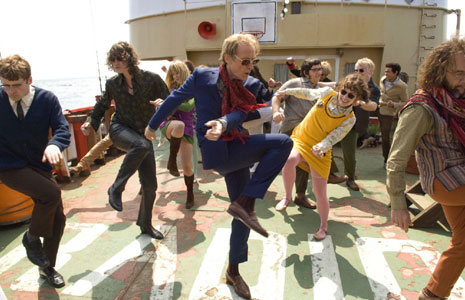 Borrowing a bit from the works of Richard Lester and his Beatles films, as well as many of the great '60's rock and roll films, this movie should easily appeal to anyone with a love of great music (the soundtrack is outstanding), great acting, amazing clothes, and a revolutionary spirit of freedom that pits any free thinker (hopefully that is you dear reader) in a battle against "the man." Bill Nighy as Quentin
I was especially fond of Pirate Radio because I have spent most of my life as a shortwave radio enthusiast (a DX'er) and have always thrilled to listening to foreign radio broadcasts, American land based pirate radio, and anything other airwave oddities that I have happened to chance upon.

Unfortunately, Richard Curtis had to edit quite a lot out of the original cut of this film, as well as chopping even more out for this American release. I wait in anticipation for the stateside dvd release which I am sure will include the excised scenes as well as a load of supplemental material.

Pirate Radio is currently in its first run release at theaters everywhere...set sail for some thoughtful and musical fun!
on October 07, 2013