SOUTHERN CULTURE ON THE SKIDS: ZOMBIFIED RISES FROM THE VAULT!

SOUTHERN CULTURE ON THE SKIDS: ZOMBIFIED RISES FROM THE VAULT!

Here at The Mystery Box HQ, Halloween is a special and favorite time of the year.

Not only is the kitsch factor at an all time high, but new releases in film and music are in abundance to celebrate the goofy festivities.

One of The Mystery Box's favorite recent releases is Zombified, the newly resurrected and reissued album by the immortal band Southern Culture On the Skids. 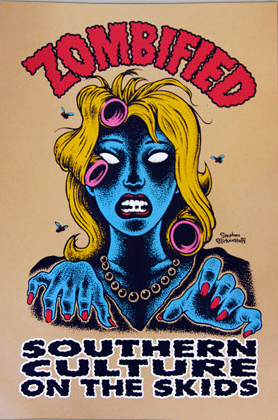 Southern Culture On The Skids, a band affectionately known to themselves and their fans as SCOTS, hail from Chapel Hill, North Carolina. Beginning in 1983, the band came up at a time when almost every indie band was trying to have an R.E.M. sound, especially those located in the South.

You have to remember that at this time, with so many charting bands all about synths, hair gel, and processed drums, R.E.M.'s impact was the shot heard around the world on college radio, taking their inspiration more from the early folk rock jangle of The Byrds and the American Nuggets garage bands that sprang up everywhere in the mid-sixties.

Guitarist Rick Miller, the only member left from the earliest line-up of the Southern Culture On The Skids, was desiring more of a Rockabilly/punk Cramps type sound, though he never disliked R.E.M. at all. After hearing a DJ exclaim after playing an R.E.M. track, "Ya that was R.E.M. the sound of the new South." Rick looked at his roommate and remarked, "Gawd, if that's the sound of the new South, I preferred it when it was on the skids."

A name was born.


As well as all the great things to love about Southern trash culture, i.e. trailer park life and romance, barbecues, hooch and cheap motels, there was always an influence of many an evening spent in warm weather seeing schlock drive-in horror double bills. So for SCOTS, you might say exploitation has been a middle name of sorts.

The SCOTS first release, the 1983 E.P. Voodoo Beach Party, is a pure example of that fascination with horror that never quite went away, even through the band's many subsequent, and always worthy of hearing, varied releases.

In 1998 SCOTS had a track on the essential compilation Halloween Hootenanny. This absolutely enjoyable collection of psychobilly and garage rock was compiled, produced and released by Rob Zombie for his Zombie A Go Go Records label.


Also in 1998 a remarkable Halloween only non-U.S. eight track E.P. entitled Zombified was released in a special limited edition that should have found wider ears than it did at the time.

Fast forwarding to 2011 and the main subject of this piece, we thankfully have the new and revamped Zombified, freshly arisen from its nocturnal slumber. Now bigger, better and even more dangerous as an expanded and magnificent reissue, with five extra tracks, new cover artwork and a full on American release.

The title track "Zombified" kicks off the album with this instant high watermark of garage rock spookarama and is a track that will take its longtime place as an instant crowd pleaser. When I recently performed as Robert Jaz, DJ From The Black Lagoon, playing all sorts of monster and horror themed songs, I added the pre-release of this song to my set list, and the creeps and ghouls in attendance went wild. 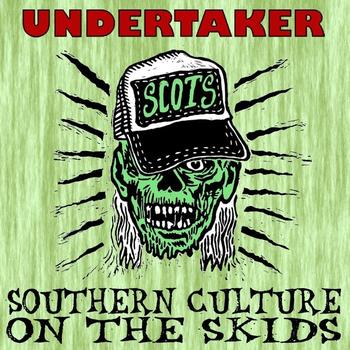 From there it's a melding of more really great original tracks like "Undertaker," Idol With The Glowin' Eyes" (an outtake from the Blood Feast II sessions) and "Eyeball You Later."

Ending the album on the outstanding Nuggets garage rock instrumental standard, The Groupies' "Primitive" takes Zombified to shivering levels of must buy, must hear, and must own, not only for fans already familiar with Southern Culture On The Skids, but for anyone that enjoys garage rock, drive-in exploitation styled fun, horror flicks on a Friday night, or just an old fashioned ghoulishly good time. 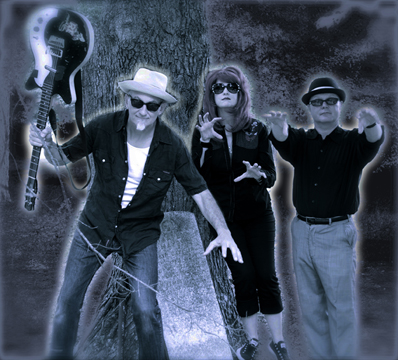 Southern Culture On The Skids are no strangers to horror film soundtracks, composing the soundtrack to the Godfather of Gore, H.G. Lewis' sequel to his early classic Blood Feast, endearingly titled Blood Feast II, Buffet Of Blood, as well as performing in Academy Award winning director, Javier Bardem's teen slasher mega hit I Know What You Did Last Summer.

Zombified now takes its place alongside other fine albums in the Southern Culture On the Skids' discography: Too Much Pork For Just One Fork (1990), Ditch Diggin' (1994), Liquored Up and Lacquered Down(2000), Mojo Box (2004), Countrypolitan Favorites (2007), and The Kudzu Ranch (2010) to name just a few of the colossal platters released by the band.

Then there are all the many, very groovy singles only releases they've put out that should be investigated.

With the new Zombified, these kooky cats with the krazy name of Southern Culture On The Skids have not only delivered an essential Halloween party album, they've also turned in one of the outstanding and truly fun releases of 2011.