Once upon a time, back in the early '60s, there was a trio of American songwriters/producers who, working as a team, had previously scored some major pop hits such as writing the chart topping song "My Boyfriend's Back" for The Angels.

This trio, Bob Feldman, Jerry Goldstein and Richard Gottehrer (a.k.a. FGG Productions) then decided to get into the recording and performing act themselves.


They pretended to be three Australian brothers, Giles, Miles and Niles Strange, who hailed from a sheep farm down under, where they became wealthy via an invention for crossbreeding the long-haired "Gottehrer" sheep.

Now, having plenty of money and time on their hands, they figured it'd be fun to form a pop band, thereby naming themselves The Strangeloves. 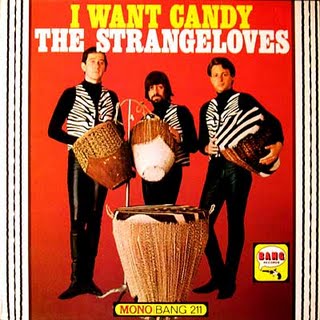 The Strangeloves' second single from mid-1965 became a huge hit (#11) and is a song that most folks are familiar with, "I Want Candy"

...which was also resurrected a couple of decades later in 1983 by the post punk group Bow Wow Wow.

Unfortunately, after having such a huge hit single and a bestselling sole album also entitled I Want Candy, it meant that the trio had to actually perform as a live act, something the producing team was not too keen on.

After a brief uncomfortable flirtation with live performing, a quartet of session musicians who had performed on the album, instead took their place as the live touring band.

Into the later '60s, more singles for The Strangeloves continued (none as successful as "...Candy") and a few other bubblegum styled bands with various names were formed by the trio to capture the recent trend happening in pop music.

As The Strangemen petered out and the '70s approached, Richard Gottehrer turned more and more to record producing, adding his love and knowledge of both the earlier Tin Pan Alley styles of hit songwriting, later Leiber and Stoller's songwriting craftsmanship Bubblegum Pop, the girl group sounds that he had been accustomed to working with in the early '60s, and of course the Wall Of Sound production style that Phil Spector had invented and stylized.


Richard Gottehrer's production credits loom large over a vast number of important bands and albums, some of which have been top 40 and some infamous cult favorites. Taking all that he absorbed over so many years in the record business as a pro who experienced the very top of the hit making machine, he has been able to transfer a golden pop touch, as well as keeping a slightly off-kilter quality (doubtlessly a holdover from his days with The Strangeloves) to most of the proceedings.

If being an ongoing luminous record producer weren't enough, in 1966 Gottehrer co-founded, along with Seymour Stein, the mighty Sire Records (!). Sire Records begain mostly taking on European artists and later in the mid '70s, Punk Rock and New Wave's fledgling early days, became more of an independent label releasing classic American albums by The Ramones, Talking Heads and The Dead Boys to name but a few. Ever the visionary, in the mid '90s Gottehrer co-founded the ever growing digital distribution company The Orchard.

For such a low profile guy, Gottehrer's reach has been anything but small in the entertainment world.


Richard Gottehrer has produced some real gems. A few of his production credits include albums such as the #1 album and debut by The Go-Go's, Beauty and The Beat, their second album Vacation and Blondie's self titled debut as well as their second album Plastic Letters. 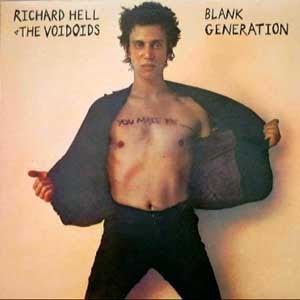 The seminal debut album Blank Generation by Richard Hell and The Voidoids became such an influential part of the New York punk rock scene and led a musical movement. The Right To Be Italian by Holly and The Italians, Joan Armatrading's Me, Myself and I and Marshall Crenshaw's great self-titled debut album are just a few other stand-out albums produced by Gottehrer.

More often than not, a Gottehrer production (at times these albums are also co-produced with a member of the band he's working with) turn out to be the best in the artist's respective catalogs. 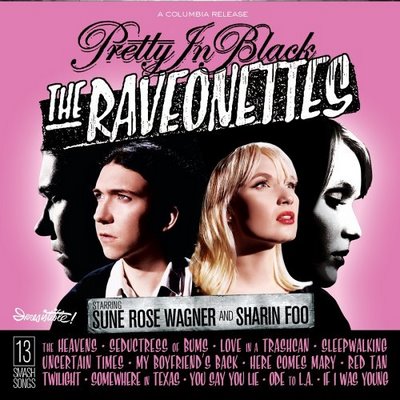 Richard Gottehrer has not forgotten that fresh new bands worthy of his magical production dust are still around and in more recent years has produced more truly outstanding albums: the first full length Chain Gang Of Love,and a follow up Pretty In Black by the stellar Danish duo The Raveonettes are both essential listening.


The California girl group that has been described as a goth Bangles, Dum Dum Girls' marvelous debut I Will Be, is a fantastic melding of Ramones' song bursts, '60s girl group sounds, Velvet Underground noise and a sprinkling of good old fashioned Goth melancholia around the edges. Also, capping off the album, is a wonderful cover of the Sonny and Cher song "Baby Don't Go."

Again and again, as these newer can albums attest, with the right combination of a creative and talented band, to read an album's credits as being "Produced by Richard Gottehrer" means a special listening experience is promised—one glistening with an homage to the past, and a thankfully, a thoroughly creative nod to the future...