MY CREEPY VALENTINE: Love Songs From Another Dimension

Love Songs From Another Dimension

Valentine's Day is one of those holidays that really divides folks.

There seem to be few who remain neutral when asked about this February tradition.

For whatever personal reasons, some people grumble and immediately fire off a few shots exclaiming how much they despise the whole thing. 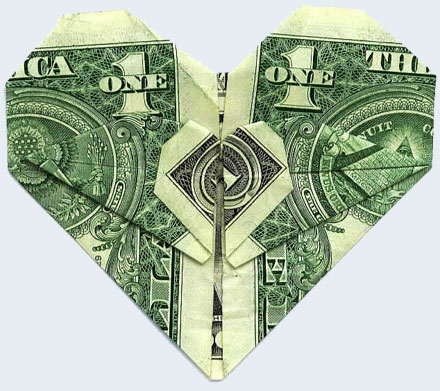 Simmering with dislike, they view February 14th as nothing but a cheap ploy to force affection and spend some money needlessly—much to the delight of the nation's retailers of course.

Meanwhile, sitting over in the effervescent land of candy, flowers and cards, are those who view it as a reminder of just how nice it is to be in love, to be loved and in general have a pleasant, however brief it may be, momentary bit of happily ever after.

So whatever money is spent, it's still a bargain.

I thought it would be fun to list some of my favorite that deal with love. Yes they deal with love, although they deal with the subject in a rather tweaked, off-beat and sometimes sinister way. Hell, a few are downright dangerously obsessive and lead to nefarious endings.

So while love has been the primary subject of pop and rock and roll for decades, there are a few noble writers who have managed to take quite a different road than the normal love song.

You may have a few of your own to add to this list. 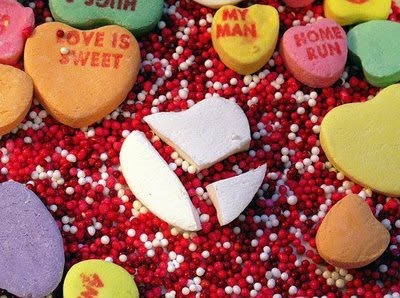 Hopefully, these can be enjoyed no matter which side of Cupid's fence you happen to be sitting on, and hopefully you will find your contentment now, or in the very near future...

The Velvet Underground - "Venus In Furs"

One of the earlier sixties rock songs to ever deal with a taboo subject. while bawdy subjects had been used in the blues and country, here it was a fresh experimental sound. Based on the book of the same name, which Lou Reed called "One of the funniest dirty books I have ever read!" The song is a tale of Sado-Masochism, Bondage, whips etc. You know, pretty much all that fun stuff that some folks enjoy tagging along with their version of L-O-V-E. Was Lou into this when he wrote the song, my guess is he was going for some cheap goofy shock value to throw at the counter-cultural love generation.

An earlier version of a song that later became simply "Anthrax" on their freshmen masterpiece Entertainment. These highly influential post-punk splintered funksters use a dual vocal effect with each singer in a separate channel, only to come together on a few key lines. Analyzing why love is often the subject of pop songs and at the same time frustrated with falling in love, the lyrics are pure Gang Of Four wit, "Love'll get you like a case of anthrax, and that's something I don't want to catch."

Through the better part of his mega successful career, Cliff was usually thought of as a squeaky clean, all around nice guy with a Christian middle-of-the-road image. Early on, however, he was marketed more as a rebellious Elvis-like singer who gave teens their first taste of rock and roll in a pre-Beatles' England along with a fantastic backing band, The Shadows, who also maintained their own high profile career as an influential instrumental band. John Lennon once said that "...before Cliff and The Shadows, there had been nothing worth listening to in British music." This song, Cliff's fifth and the first of many number one singles, might have seemed to be tamer and more lightweight easy going pop, however the lyrics are downright sinister and yes, creepy.

Hasil Adkins - "We Got A Date"

You know the old "They broke the mold when they made him" saying? Well, they were talking about Hasil. this Appalachian backwoods musician operated as a primitive insanely prolific one-man band from the '50s through to his rather mysterious death in 2005, Hasil basically gave birth to the genre of Psychobilly. In this song, you just know Hasil isn't up to anything good.


Nick Cave with Kylie Minogue - "Where the Wild Roses Grow"

Whether solo or with his various bands, The Birthday Party, The Bad Seeds, or Grinderman, Nick has never really been associated with too much that is cheerful. On this, a song from The Bad Seeds' ninth album, Murder Ballads, comes a duet with his fellow Australian (and at the time still known as beloved girl next door) Kylie Minogue for a tale of love that leads to a very bad ending. The video is wonderfully grim and led to Kylie's reputation being taken a bit more serious in her later career.

The Fall's mainstay and constant genius, Mark E. Smith has written lyrics that are not easily summed up in such a short space. Using a combination of surrealism, sarcastic diatribe, social commentary and an often hilarious cranky observatory bite, he has continued to release album after album of pure high level creative quality since the late '70s. Here is a rare, for The Fall, somewhat tender love song, connected to a title that leaves a listener pondering as to why it was used. Considering that the album this song comes from, Extricate, was the first after Mark's breakup with his wife / musical partner Brix Smith, might suggest that this love song may not have been quite so romantic as the melody would lead you to believe.

Much has been speculated but never proven, as to author Lewis Carroll's fascination with young Alice Liddell which in turn inspired him to write Alice's Adventures In Wonderland. This, a selection from Tom Waits' songs for a play that had as its centerpiece, a forbidden love between the two, is one pretty damn creepy love song to say the least.

Roxy Music - "In Every Dream Home a Heartache"

Solo artist and Roxy Music frontman, Bryan Ferry crafted this, one of Roxy Music's most beloved fan favorites and concert staples, for the second Roxy Music album, For Your Pleasure. The song is primarily a lovesong to a blow up doll amidst a decadent setting of wealth and loneliness. A thrill ride of crescendos and eerie music with an unsettling lyric that can't be beat.

Public Image Limited - "This Is Not A Love Song"

This song is not exactly a creepy love song, but it sure is a song with a great title. It was written when P.I.L.'s Johnny Lydon was angered by how fans viewed the band's move towards a somewhat more accessible sound as a complete commercial sell-out. It was also a direct homage to the band, The Flying Lizards, who had written a song about bands' "selling out" that included the lyrics "But you can still make money, by singing sweet songs of love...this is a love song." Ironically, it was Public Image Limited's biggest international hit.