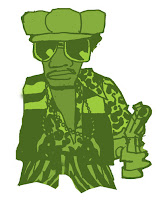 The soundtrack to Return Of Gringo has indeed become one of the finest recent releases garnering heavy rotation here at Mystery Box HQ.

However, an album this steeped in the complexities of Jamaican musical styles, needs some background info beforehand...

In the 1960's, throughout the low income areas of Kingstown, Jamaica, the Rude Boy culture first emerged.

So named as a term for the local juvenile delinquents and unemployed youth who, as they listened and frequented dance halls enjoying their own homegrown "bluebeat" music featuring ska, and rocksteady sounds,much admired the styles of sharply dressed American jazz, blues and soul musicians with their Pork Pie hats and skinny ties, and the tough guy gangster attitudes of the 1920's.


On the island, the primary entertainment for those who could not afford much but wanted to see movies were the small theaters or numerous make-shift tent cinemas that sprung up. As the decade progressed, both the James Bond spy films, and the huge number of imported Spaghetti Westerns became among the Rude Boys favorite films. With their ultra violence and swagger, often times grey moral ambiguity, anti-heroes, highly colorful titles, character names, and most importantly the many Ennio Morricone soundtracks and other soundtracks that lifted from Morricone's inimitable sound. 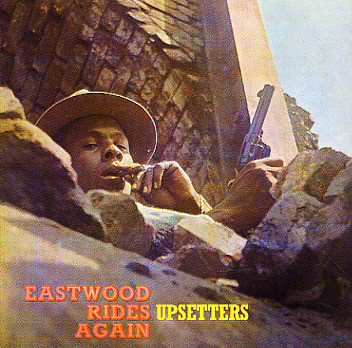 Spaghetti Western and outsider gangster themes took a hold on the Rude Boys, as so brilliantly depicted in the Jamaican film The Harder They Come  (1972) starring the charismatic singer Jimmy Cliff, and permeated every aspect of the ever growing Jamaican music scene. The bestselling soundtrack to The Harder They Come has become one of the gold standards of Jamaican music compilations and should be in every music fan's collection. 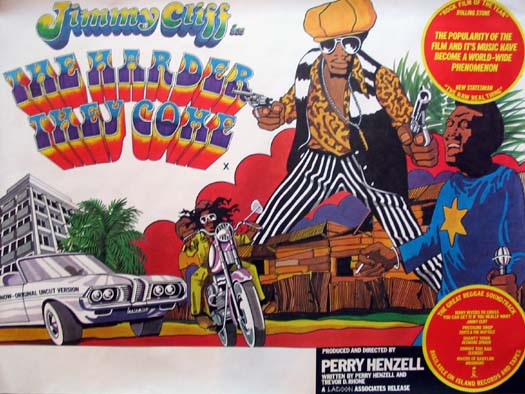 From artists adopting their names outright (Clint Eastwood, Trinity) to album and song titles, cover artwork and production which would include dialogue and sound effects from some of the original films. Legendary Jamaican producers such as Lee "Scratch" Perry a.k.a. The Upsetter would find great success with his instrumental house band The Upsetters (he also discovered and recorded all the early Jamaican Bob Marley albums) tapping into this melting pot of musical styles and the abundance of talent available on the island.


This melding of styles not only would leave a huge body of great Jamaican music to enjoy from the period, it would be exported over to the U.K. as the first wave of Jamaicans emigrated to the British Isles influencing there and once again come back in the late 70's as the 2 Tone movement, which brought bands such as The Specials, The Selector and Madness to popularity. The 2 Tone bands tended more towards late '50s/early '60s model of rude boy culture in their dress styles with less of the Spaghetti Western influence. Musically they were incorporating mostly ska, rocksteady and the more recent faster punk and new wave styles.


Back in Jamaica, as the Rude Boy/Spaghetti Western influences continued to be there but also evolve, so to did the music. The new Rastafarian religious movement and its adherents, using marijuana as their sacrament, tended to slow things way down from the earlier fast ska tempos to become the new reggae sound.

It may seem complicated because of so many styles, overlapping influences and the shift to other continents away from Jamaica entirely, but really the main point of focus here is how all these factors result now in an amazing recent album release, Return Of Gringo. 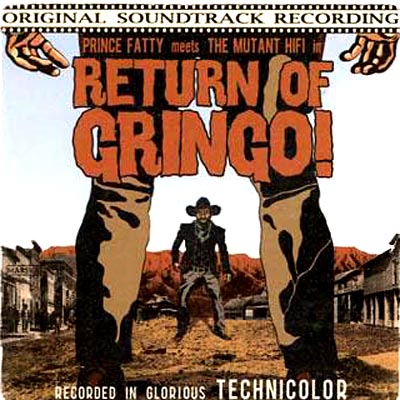 In 2005 Pelenconi was hired by the fashion company Stüssy to create and record a limited edition vinyl single to go along with their new line of colorful Jamaican influenced clothing.The single, "Nina's Dance" ended up doing very well and garnering airplay on BBC radio 1. Utilizing a smooth rocksteady sound with wonderful organ soloing, this laid back instrumental led to future Prince Fatty album and single releases like Survival Of The Fattest and Supersize that enlisted star Jamaican vocalists and all hearken back to the greatest sounds of '60s and '70s Jamaican analog studio produced recordings, yet still secretly slipping in a few nods to current hip hop and DJ culture styles.


Teaming up with Coplowe, who has spent years infamously remixing, performing and producing under his Mutant HiFi name, seems to have worked the charm since the pair's devotional love to their influences has resulted in an album that not only mines the territory of early Jamaican instrumental acts such as The Skatalites and The Upsetters, it adds a frothy Dick Dale reverb drenched surf guitar throughout.

Beginning with a few gunshots and a mighty snare drum-roll, opening track (and first single) "Transistor Cowboy" is all Bandito horns, rocksteady keyboards, sound effects, and surf guitar set to a galloping ska beat. You immediately know that you are transported into a world of dust, bullets and seedy criminals looking for exactly where it is that you've hidden your stash of stolen gold.

From there nothing on the album disappoints, lets up or overstays a welcome. Obviously with such a melding of Ennio Morricone meets ska, rocksteady and surf, it had to be fun to conjure up the appropriate dialogue snippets and sound effects for this gritty project.


If ever there was a legend to pull out of the Spaghetti Western bible, it would be Alessandro Alessandroni, the actual whistler (not to mention the twangy guitarist) from all those incredible Morricone soundtracks like The Good, the Bad and The Ugly. The 86 year old great makes a guest whistling appearance on the album, just in case you're not convinced of how good this album really is.

With wonderful song titles to wrap around ...Gringo such as "Black Powder," "Wear The Black Hat (If The Black Hat Fits)," "The Good, The Vlad And The Ugly," "Blondes Have More Guns," and (named after one of my favorite cocktails) "Moscow Mule" the album is irreverent, serious, relaxed and frenzied fun all at the same time. 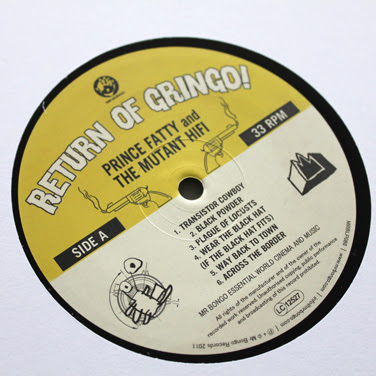 Return Of Gringo is the perfect soundtrack—and by the way, one that is for a film that does not exist outside of your ears and mind—to complement an evening out at the saloon, toe-tapping at the dance hall, driving en route to a bank heist, or just sitting back and enjoying how remarkably clever the pairing of Prince Fatty and The Mutant HiFi can be when they lay down their six shooters and set aside their differences, to meld their powers together for the good of all music fans.

Return Of Gringo is released through Mr. Bongo Essential World Cinema and Music, as well as being available at all fine retailers.
on October 07, 2013