The Mothership touched down a few nights ago here in Providence, RI.

Legendary "King Funkateer" George Clinton, brought his mighty Parliament-Funkadelic tour (now known as The P-Funk All Stars) to the venerable downtown nightspot, Lupo's Heartbreak Hotel for an evening that will not soon be forgotten by the lucky punters in attendance.

Elected to the Rock and Roll Hall of Fame in 1997, Parliament/Funkadelic still remain as one of the largest groups to ever be elected to the Hall, and most definitely the most colorful of any to ever grace a stage.

The history of George Clinton's musical accomplishments is as vast as the outer space themes he so frequently mined for ideas.

Imagine a career that spans a timeline from the mid-fifties and mid sixties (brief songwriter with Mowtown, R&B vocal group The Parliaments) through to the late sixties and seventies (formation of Acid Funk Rock group Funkadelic and sister group, the chart topping hit-makers Parliament) to solo work in the eighties and nineties, and onto his present time as a heavily sampled and heavily influential bandleader.

Here is an impresario with some of the highest creativity that popular music has ever seen, presiding over a body of work that took the Afrofuturist  ideas of Sun Ra, combined them with the funky soul music of James Brown, Stax and Mowtown records, added a psychedelic rock component (continuing the guitar work laid down by Hendrix), upped the costumes, props, and with Parliament's seminal 1975 album Mothership Connection—brought to the stage a spaceship a.k.a. The Mothership carrying Black space aliens—and gave the world a uniquely visionary melting pot of musical styles, sounds and singles.

Not bad for a teenager from Plainfield, N.J.


While utilizing space themes, outlandish and at times completely ridiculous presentations and on the surface seemingly nonsensical lyrics, Clinton also managed to always approach serious social issues and topics, all the time sticking to what was his most important goal "I am intent on making the word Funk as legitimate as Jazz and Rock and Roll." 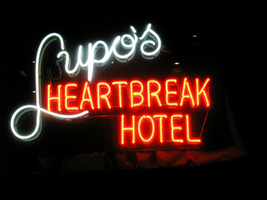 For the Lupo's show, opening act was Providence's Big Nazo: a performance art/puppet ensemble/R&B band that was one of the better choices for a P-Funk show that you'd likely ever see.

From the very start of the show the audience knew this was a perfect fit and as a good omen for what would be a great show, as one of P-Funk's singers joined the band for a few verses and there was a quick walk on from George Clinton himself. Even with all the things that George and his ensemble have seen and experienced over their many collective years of heavy touring, on this particular night Big Nazo seemed to entertain the P-Funk Allstars as much as they in turn would entertain the audience. High praise indeed! 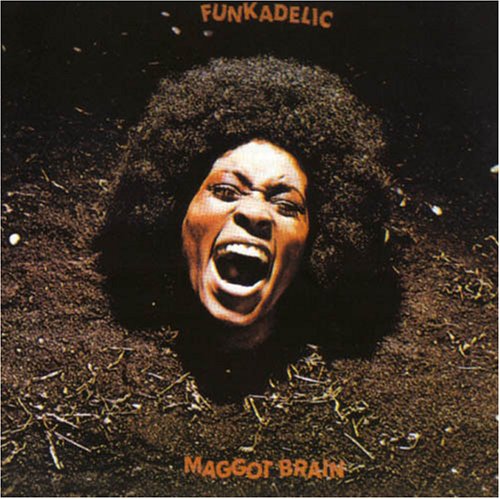 The P-Funk All Stars show contains musicians and vocalists that are as professionally seasoned and tight as James Brown's J.B.s ever were.

Ably locking into all grooves with the ability to conjure up any song Clinton adds to the night's set list from his huge P-Funk catalog. Starting out this set with a song from the very first Funkadelic (1970) album "I Bet You" which itself was a reworking of an earlier song from George's earliest days singing with The Parliaments, the show touched on every facet of P-Funk and Clinton's hefty career. They performed Funakadelic's central masterpiece the ten-plus minute "Maggot Brain." Some songs, such as this were performed in their entirety, some worked in as medleys or as snippets of melodies weaving in and out, and some as huge jams that would then included other well known audience faves inside of them.

Performing for what seemed like days (it was at least two and half hours), such was the stage so packed with performers that it became difficult to count just how many folks tour as part of the P-Funk All Stars roadshow.

In 1975 and early 1976, Bob Dylan envisioned his Rolling Thunder Revue tour as a big traveling caravan of musicians traversing the country to entertain audiences. For Clinton and company, this is a huge, mutating small city of folks and family members drifting in and out on instruments, taking a vocal spotlight and often times sitting back somewhere onstage enjoying the show that they are a part of. Certainly no easy feat to pull off, but with so many years in the business doing a similar thing, it's understandable that Clinton has mastered the art of a grand musical spectacle.

Even at age 70 George Clinton seems to have no sign of slowing down the tours, or his self-described "Parliafunkadelicthang" as he roams the globe bringing his message of Funk to those willing to partake. These folks take their signature song seriously when they sing "P-Funk (Wants to Get Funked Up)." 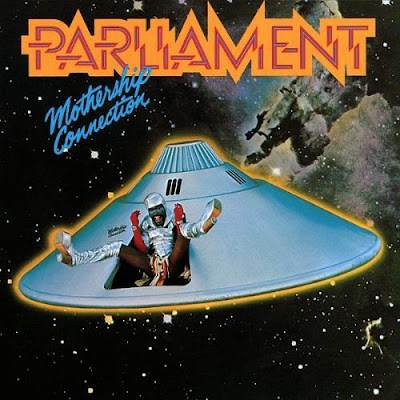 All the time managing to keep things both intelligent and at the same time downright dirty, despite the grit, there is a reason why an exact replica of the Mothership (Clinton has no recollection of what happened to the original one from the Seventies) was added to the permanent collection of the National Museum of African American History and Culture at the Smithsonian Museum in Washington D.C. His legacy is as important on African American history as it is on the history of popular music.

Or, as he so delicately put it on one of his great Funkadelic albums from  1970: Free Your Mind...And Your Ass Will Follow.