THE DEMOULIN BROTHERS: Your Secret Society Superstore (In The 19th Century)

Fraternal organizations (a.k.a. "Secret Societies" to many outsiders ) are as much a part of our modern cultural fabric as their names are familiar to us via parades, advertising, or perhaps a relative's membership: Shriners, Freemasons, B'nai Brith. Elks, Kwanis, Lion's Club, Rotary International, Knight's Of Columbus and The Loyal Order of Moose are but a few of the names you may have encountered driving past a "Temple" or seeing a sign mentioning a charity benefit "meat raffle."

Lesser known is that in the late 19th century, as a rapidly changing America (along with other "modernized" countries) saw a rise of the middle class, with its leisure time increasing, there was a turning away from the stricter moralistic Victorian attitudes of the past, and a need for places that these industrialized modern men (now with more free time, money and confidence in themselves) could gather. These lodges and fraternities (along with their often cryptic monikers) became places to network, take up charitable endeavors, and even benefit their own families through cheap or free insurance programs.


Subsequently, so large was the blossoming and expansion of membership to these benevolent social groups and lodges that the form of hazing a.k.a. the rites of initiating prospective or new members, became a form of high artistry and supreme craftsmanship—thanks to the DeMoulin Brothers of Greenville, Illinois, that is.

More membership meant more dues for an organization's coffers, and in turn allowed for these lodges to increase their own endeavors, whether it be for their standing in the local community or within their own lodges.

The initiation rites and rituals, both of the serious kind, but even more so of the humorous laugh-inducing type, grew as well. With this increase became the need for more elaborate pranks, gags, scripts and props to go along with this new-found swell in creative ways to teach new members humiliation, ego deflation, and most often, how to turn the same prank that was just pulled on themselves onto the next rube coming through the door. 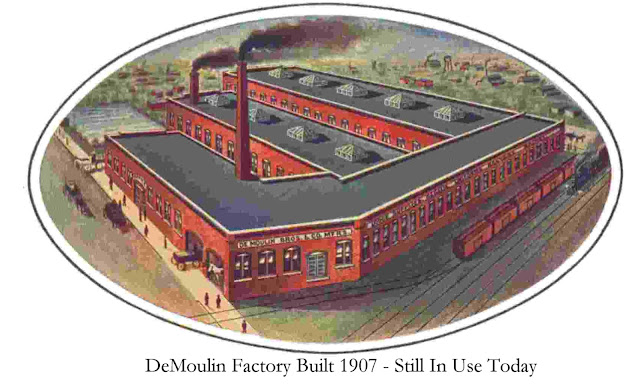 The DeMoulin Brothers began operations in 1892, and quickly found their niche in publishing many different catalogs that would fill the demand for the props, devices, gadgets needed by lodges worldwide, as well as supplying the costumes, masks, banners, furniture, ballot boxes, badges and others accoutrements that any self-respecting fraternity, lodge or society might need. 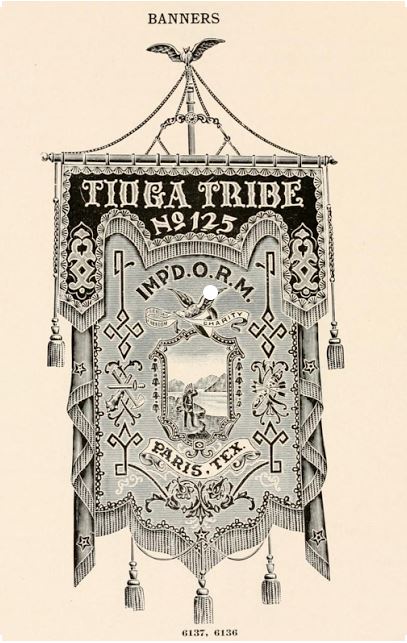 First started by only one of the DeMoulin brothers, the other two also soon joined, with one of the brothers bringing his fondness for exquisite, hand-built craftsmanship to the company. Not only did The DeMoulin Brothers, churn out high quality they prided themselves in, they also wrote primers on how to use their items, and scripted scenarios for putting this use into rituals and initiations. They also happily encouraged submissions for new products from their many customers, which increased sales. 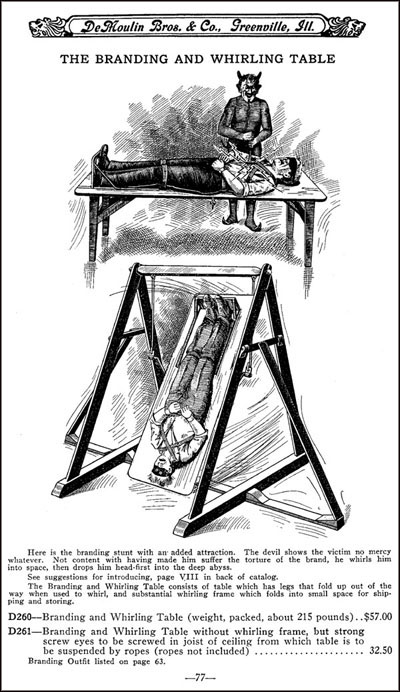 Nowadays it may seem startling to see the items offered knowing the dangers involved, and the outcome they would or could sometimes produce. 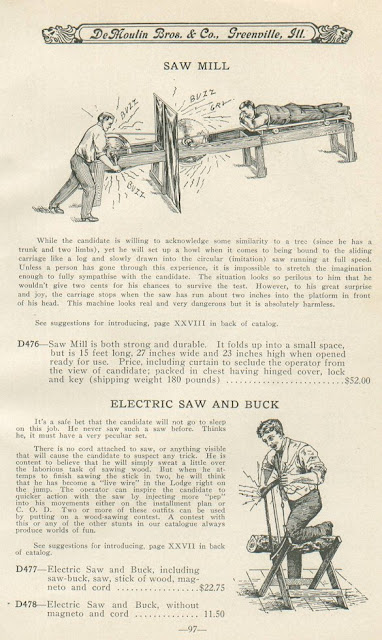 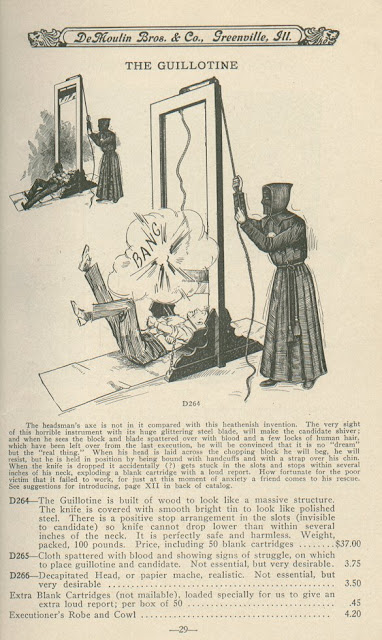 Here you could find a world that knew little of warning labels such as "Dangerous," "Strange" or "Not for the faint of heart!" 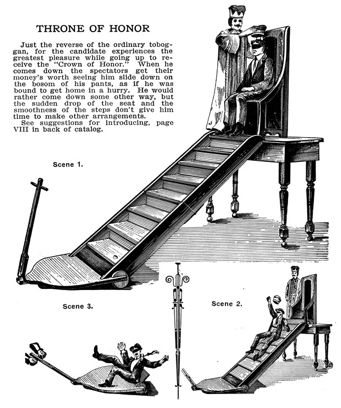 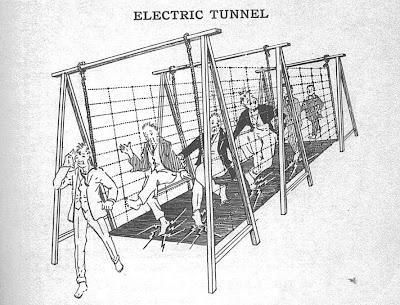 These catalogs were meant for an era when litigation was not as bloated as it is today; a time when a free-for-all of joviality and reckless misbehavior at the expense of others solely for the amusement of onlookers was a lesson to be learned and to be laughed at. Oh yes, these were truly the good old days my friends. 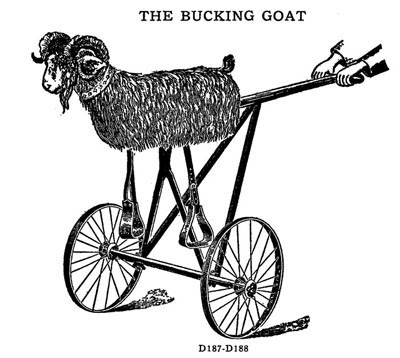 Seating your blindfolded initiate atop a bucking goat, may not be standard laugh material today, but at the time these catalogs serviced customers, they were one of The DeMoulin Bros. best selling gags. Pages are filled with variations on the theme but of course there are the many other gems such as water spurting alters and "Lung Testers," collapsing chairs, fake branding irons, electric carpets and electric seats. 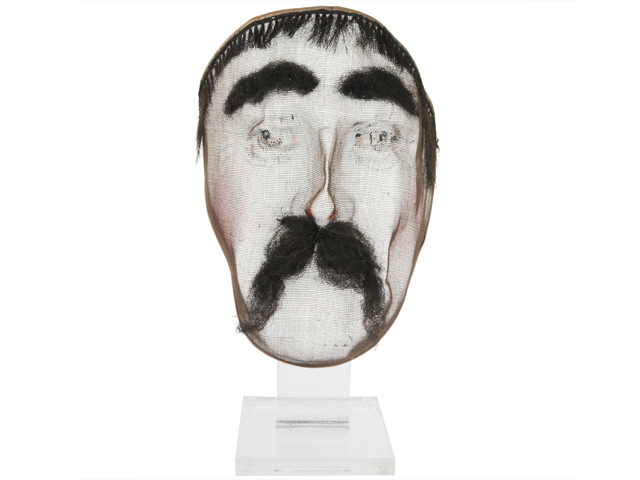 As a young kid, obsessed with the novelties I ordered relentlessly from my beloved Johnson Smith Company catalogs, I also once found an old yellow and weathered DeMoulin Brothers catalog while visiting my Aunt and Uncle's house. While playing in their large backyard garage/shed, there it was among piles of old magazines, books and those little pamphlets of humor from the '20s that Johnson Smith Company continued to reprint and sell over the decades.


The images and descriptions were as strange and impossible to get my head around as they still sometimes are. I never mentioned the catalog to anyone, but  pondered for years how it ended up in the acquisitions of a relative such as my Uncle. Did he actually belong to a lodge and purchase these peculiar items from the catalog? My answers never came and are now lost to time, but the catalog's images stayed with me endlessly, as I later searched for a clue as to what company produced such an oddity. 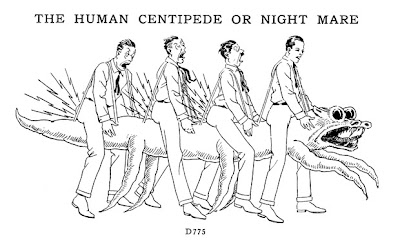 Years later, thanks to the all powerful internet, I found a web site where someone scanned a bunch of pages from a DeMoulin Bros. catalog. At long last I had a company name to go along with my search. Finding a complete catalog however, was expensive and difficult, but patiently I hoped.

Fantagraphics Books, saviors and protectors of so much that is illustrated and grand, have given me my holy grail. They reproduced, in its glorious entirety, the final catalog, #439, that was published by The DeMoulin Bros.in 1930. 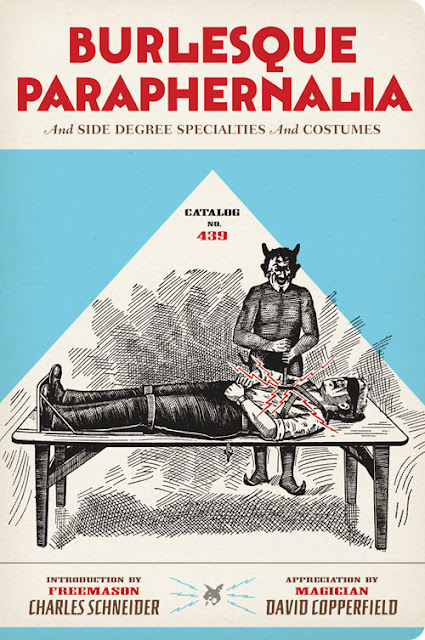 This mother lode of catalogs contains all of their fraternity props, gags and devices along with a history of the company and appendices that include the how to's, the scripts as well. The brilliant introductions including one by a Freemason examining the era, and one by the person who may well be the world's largest collectors of DeMoulin Bros. ephemera, magician David Copperfield, are a joy. Copperfield's anecdote about appearing on Late Night With Conan O'Brien bearing an exploding spanking device is as hilarious as the fact that the device ever existed at all.

These days DeMoulin Bros. and Company still exist as a huge company, only now they refer to themselves simply as DeMoulin: Quality Music Apparel Since 1892.

A giant in the industry, DeMoulin is the go to company for marching band uniforms throughout the world. They are as respectable as the Macy's Day Parade.

Nothing is mentioned on their web site about bucking goats, trick cameras, collapsible chairs, the "Electric Spiked Pathway," or the "De Stink/Bad Egg Test," but we all know that somewhere tucked inside DeMoulin's  prestigious history is a snickering member of The Grand United Order Oddfellows just waiting for you to come forward and step into the "Rejuvenating Machine."

Catalog No. 439: Burlesque Paraphernalia and Side Degree Specialties and Costumes is available from Fantagraphics Books, Comics and Graphic Novels and from all fine purveyors of unusual or delicate literature everywhere.
on October 07, 2013