This piece was originally published March 29, 2010 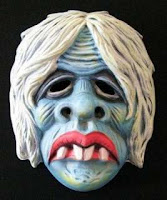 Time travel is something that has fascinated, charmed and bewildered humans for centuries.

Who among us has not pondered the thought of traveling back and forth via "the continuum of experience in which events pass from the future through the present to the past"?

To celebrate the latest film offering which features a uniquely entertaining method of time travel, I decided to list my Top 10 fave Time Machines.

I have decided to only list those films and television shows where an actual device that you must either get into, sit on, or otherwise operate as a big machine, is used for the time travel. So no funky wristwatches, drug induced methods, or mind manipulation will be mentioned this time around... 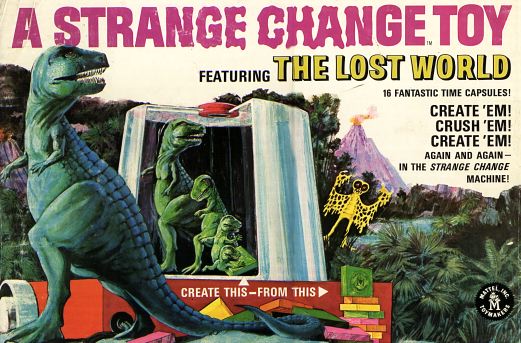 #10) THE STRANGE CHANGE MACHINE a.k.a. THE TIME MACHINE

Well, right off the bat, I have broken my own rule. This is not a film, or T.V. show. This is a toy that I had as a kid which was so fantastic and cool, yet at the same time somewhat insane.

You plug this baby in, wait for it to heat up, and toss a plastic "time capsule" cube into the chamber and it turns into a creature, all the while your young brain is quickly transported back to prehistoric times. Later, you can reverse the process and turn your creature back into a cube complete with "Mattel" logo and all. 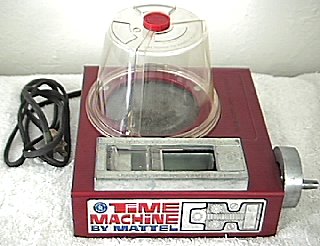 For more on the workings, details and history of this great toy, please check out this. 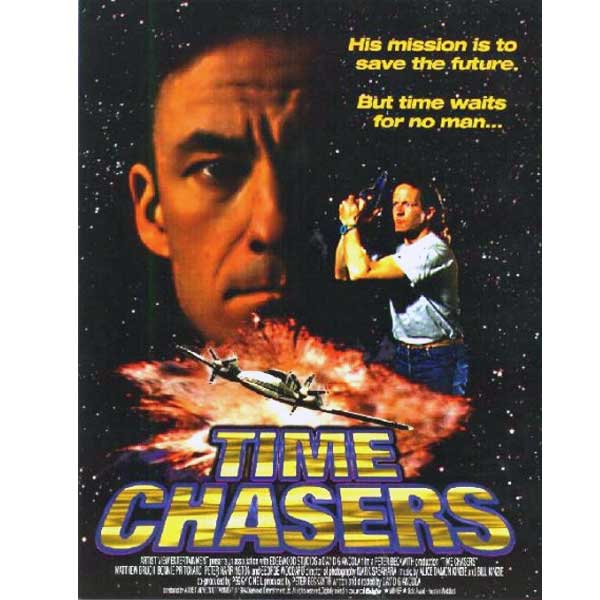 Trashed (and immortalized) by Mystery Science Theater 3000, this miraculously stupefying bad film was directed by David Giancola and has Physics teacher/pilot/inventor/mullet wearing Nick Miller travel though time along with an old flame/reporter via a time machine that utilizes his trusty personal Commodore 64, a time travel program on a floppy disc, combined with a small plane. 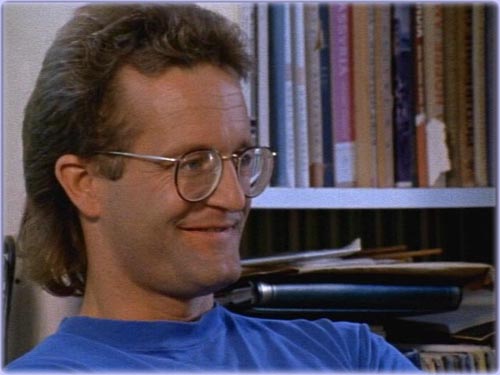 Nick Miller explains how he does it: 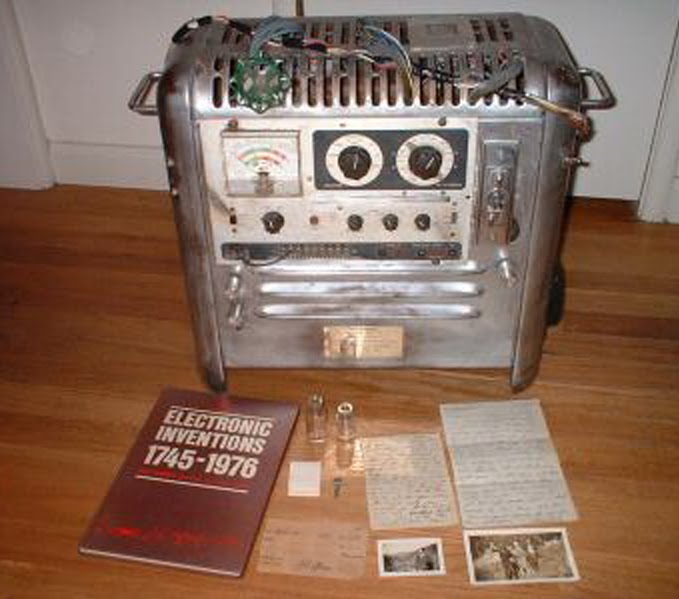 8) A REAL TIME MACHINE THAT WAS SOLD ON EBAY

Again, neither from a film nor t.v. show, but an actual working "Time Machine" that a Las Vegas gambling site bought on eBay for quite a huge sum of money. The seller claimed it was built in 2239 by a Doctor and he also included various artifacts from some of the doctor's trips back in time. Let's hope this is still seeing some major time traveling action for the slugs that bought this gem... 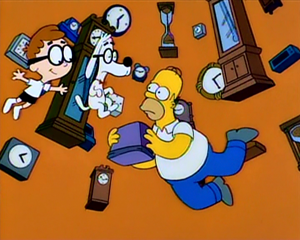 From The Simpsons' Treehouse of Horror V, comes this episode entitled, Time and Punishment. In it, Homer, while trying to fix a broken toaster, accidentally turns the toaster into a time machine. Yet another incredible Simpsons classic. 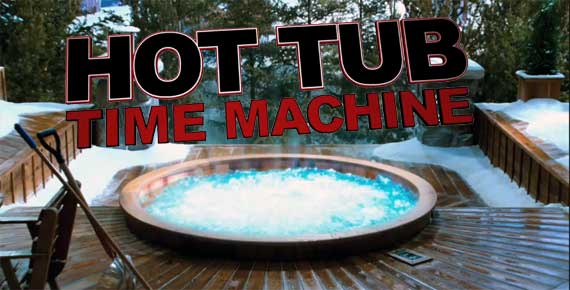 I really enjoyed this comedy and I'm happy about it. From first hearing the title of the film from the trailer, I was excited to see it. Not only can I sing the film's praises for coming up with this new and kooky method for time traveling, but I loved the casting and the plot. The fact that this movie managed to include the ever suffering John Cusack (always great suffering faces on the guy) scores it major points. I loved all the uncomfortable segments as well as the very weird Chevy Chase moments. Also, any film that includes Crispin Hellion Glover is automatically a winner for me. 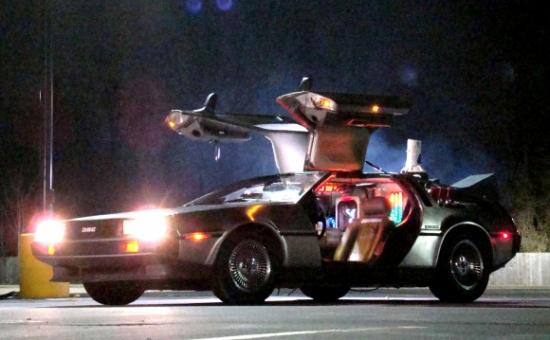 I can remember getting to sit in a DeLorean back when they were first unveiled as the car of the future. I believed it at the time and still think they're pretty freakin' sharp. Using the DeLorean DMC-12 as the time machine that propels a young Marty McFly back to 1955 will always be up there as maximum cleverness. Once again, Crispin Hellion Glover adds his magic touch to the proceedings. 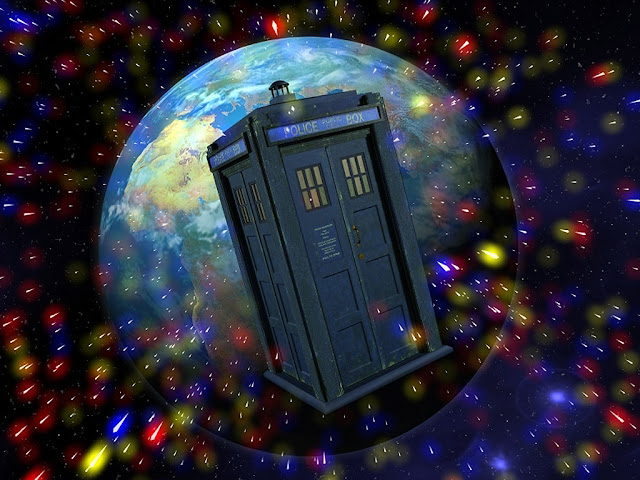 So I get to list Dr. Who's incredible Tardis once again (the other was for my list of coolest telephone booths). Who else designs a better Tardis than The Timelords? Yet another great use for a vintage British Police telephone booth and once again the Time And Relative Dimension(s) In Space takes a place of honor in The Mystery Box 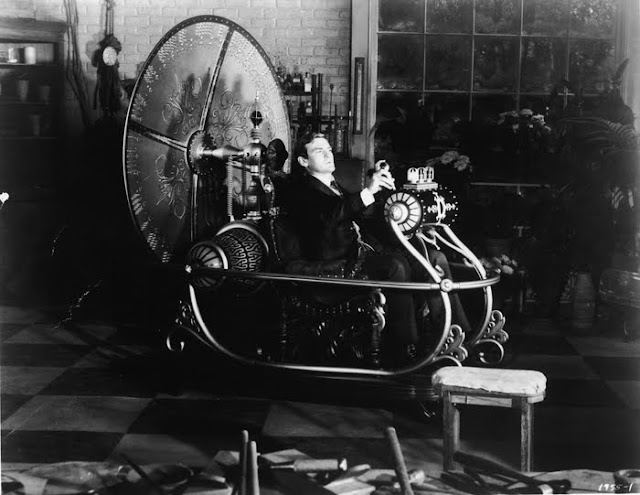 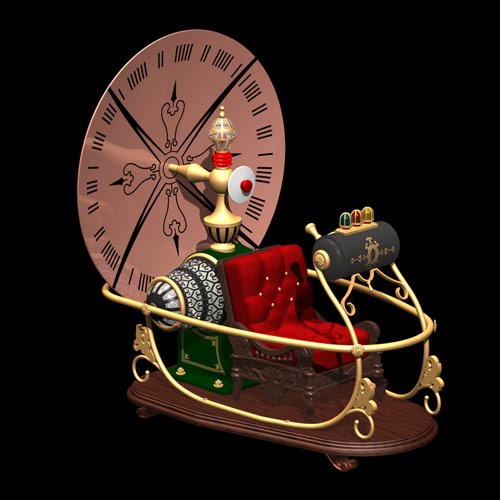 As realized in the great 1960 M.G.M. George Pal production, The Time Traveler's vehicle was made from a groovy Victorian comfy chair that was modified into one of the more memorable time machines in cinematic history. As famous and wonderful as the original prop, are the numerous high priced model kits and original sized replicas that are constantly being built and desired by collectors and fans the world over. 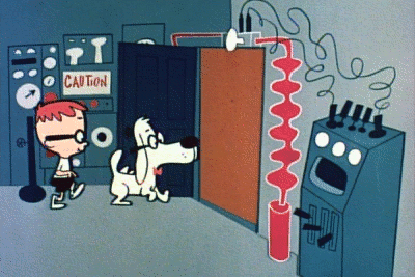 The WABAC (pronounced "wayback") is a time machine belonging to Mr. Peabody, a bow-tie wearing dog genius, who built the machine as a birthday present for his (pet) boy Sherman. With the WABAC, the pair embark upon adventures of historical importance. Peabody's Improbable History was a 91 episode segment that ran within The Rocky and Bullwinkle Show—which was the collective name for two series: Rocky and His Friends (1959-1961) and The Bullwinkle Show (1961-1964). 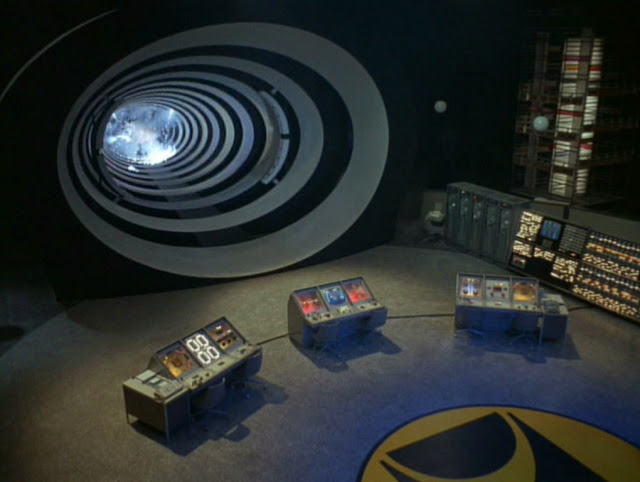 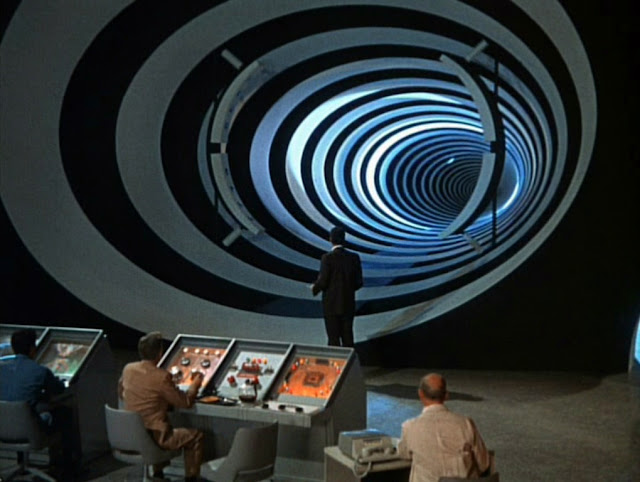 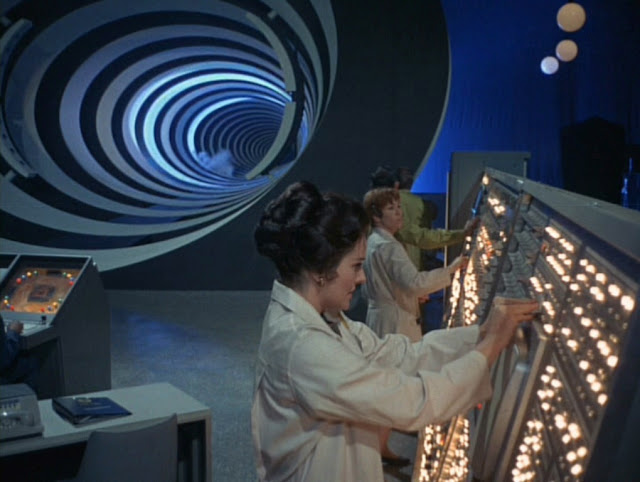 I have always been a huge fan of this Irwin Allen show which ran for only one 30 episode season from 1966-1967. The show was caught up in the then transitional period of pop culture when everything mod was fast becoming psychedelicized. The Time Tunnel mesmerized me at length and still continues to hold a spell over me to this day.

While I only wanted to do a Top 10 list, there are other notable time traveling machines that rate a mention: The telephone booth in Bill and Ted's Excellent Adventure, the one used by Mojo Jojo in The Powerpuff Girls, Dexter's time machine in the very first episode of Dexter's Laboratory entitled "Dee Dimensional" in which Dee Dee goes back in time to warn him about his latest invention, Thundercleese's time machine in his backyard on The Brak Show, and let me not forget the cocktail lounge at Chan's Restaurant in Woonsocket, RI, which automatically transports you to another time and place that certainly is not 2010. In any case I'm sure you have your favorites, so feel free to list them. So long from The Mystery Box, I'm off to hang with some Morlocks...