Occasionally, and when dealing with certain film genres especially, the trailers are far more entertaining than the actual films.

There are times when a film can mostly stink, but its trailer can still give you a splendid few minutes of encapsulated quality or relentless action, while leaving out that bad 90% waste of time wretchedness.


Sure, you have to be careful and not wind up wanting to see that "hilarious" comedy, only to find out that the trailer did a remarkable stitch job (a.k.a. edit) and made a lackluster no-laugh or dull romantic depression groaner into something that it never really was (take for instance one of the worst films EVER with a fairly funny trailer that ropes you unwittingly in: 2005's Must Love Dogs).

With the advent of home video collections on vhs, so too did the idea of putting out trailer collections begin. Whether it was genre specific collections geared to the Spaghetti Western, arthouse or horror aficionado, or more of a looser style that collected the type of schlock double bill fare that one would have encountered at the drive-in or a midnite cult movie festival.

Available trailer collections have now grown considerably on dvd with larger selections and an increase in superb companies offering great remastered trailers, and a more thorough trawling through the vast collections of 16mm and 35mm archives for lesser known, little seen or extremely rare films from throughout the world.

Volume 1 is a gem


Synapse Films, a dvd label that has offered a nice catalog of remastered and restored titles in the science fiction, horror and exploitation genres, has released a series of trailer compilations called 42nd Street Forever.

The title is an homage to the type of film fare that was shown in the movie houses of Manhattan's 42nd Street. For the uninitiated, this area is a major street that intersects with Broadway and Times Square and has also always been known as the theater district. 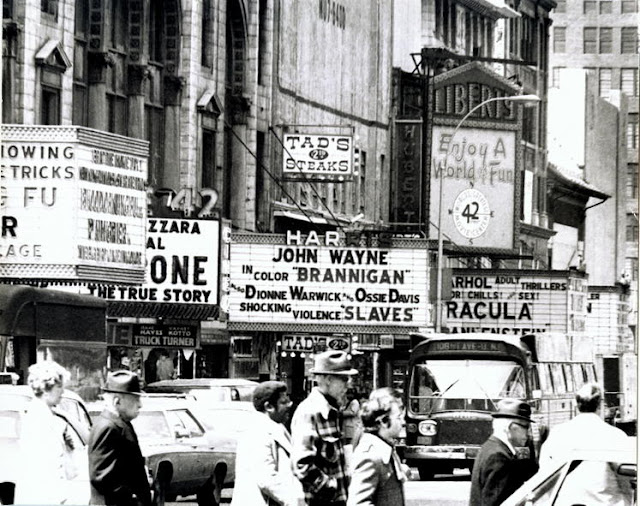 Look closely and you'll spot many of my fave films in this pic from the old 42nd Street...


From the early 1960's until the late 1980's, the area was teeming with packed streets, small businesses, burlesque houses, strip clubs and movie theaters that all catered to the seedier side of urban life: hookers, pimps, porno shops with their ever-present "peep shows," lascivious sidewalk crawlers, drug addicts, tourists in search of the "real" New York City and other Midnight Cowboy types roaming the area along with students, artists and anyone looking for some local color or a chance to see one of the gritty, strange, exploitation, grindhouse or otherwise extremely interesting double or even triple bills that would have been running at one of these theaters into the wee hours.

In the late '80s, then Mayor Ed Koch cleaned up the area with massive late night police raids, that essentially pulled licenses from most of these establishments and effectively put an end to the 42nd Street that was beloved and visited by so many. It then turned into the family and high end tourist oriented Disneyland/MTV type of place that it is now, and is known as "the new 42nd Street."

While right out of the starting gate 42nd Street Forever has been among the better collected and put together for trailer comps yet, I was starting to think by Volume 4 that they had begun to run out of material and felt there was a bit of a scraping of the bottom for ideas and surprise films of the sort which I usually would want to run out and try to obtain in their entirety. 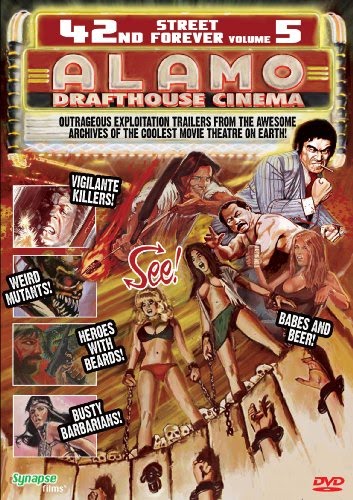 This brings me to the newest release in the series, called, 42nd Street Forever Volume 5: Alamo Drafthouse Edition.

I was only vaguely familiar with what the Alamo Drafthouse was, but the accompanying dvd notes clarified the story. The Alamo is now a chain that began life as one second run theater which served food and lots of beer, and soon began to incorporate unique and very creative ideas into their programming. Food and movie pairings, director talks, week long theme festivals and other arthouse special events made the cinema extremely popular and a key landmark to visit. Even when they show first big budget features, they usually incorporate some grindhouse or drive-in style trailers. 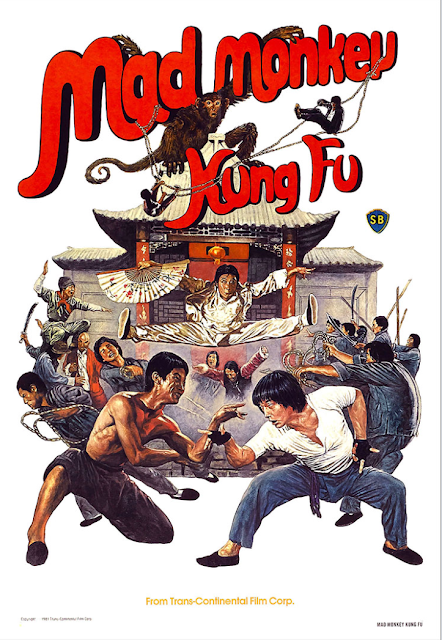 Luckily for the folks at Synapse Films, the Alamo has amassed a huge number of original film prints and trailers, and has opened their vaults allowing Synapse to put together this fifth collection of 42nd Street Forever trailers. 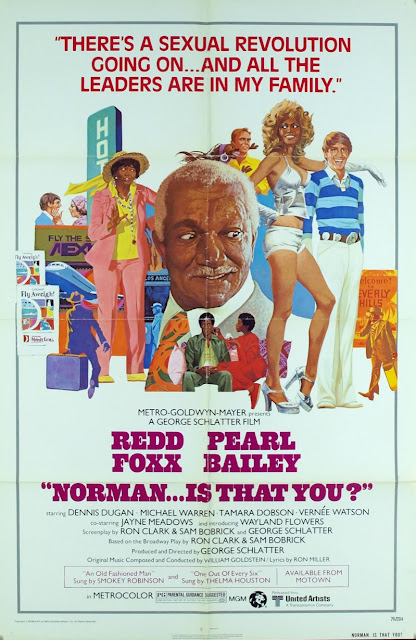 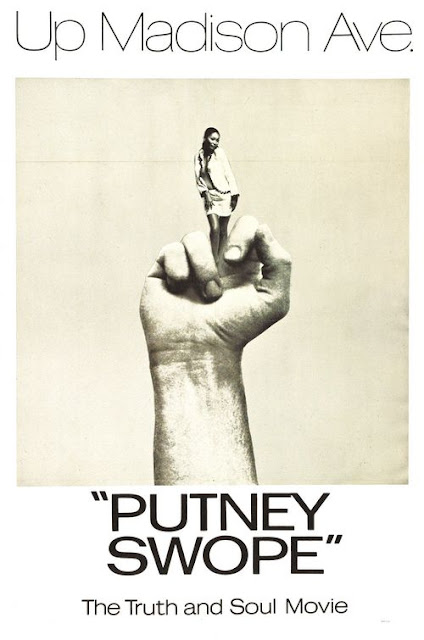 From the very first trailer for Mad Monkey Kung Fu, on up to the last (around 50 total) the quality of head shaking, what the heck moments is full on and never lets up.

As usual there are thematic runs of several trailers which really makes for some fun, for instance, the one for the really oddball children's films The Magic Christmas Tree, Pinocchio's Birthday Party, The Magic Of The Kite and The Secret Of Magic Island all left me with feeling that with such creepy strangeness and low budget production values. They could have easily been directed by a pre gore film/Bloodfeast H.G. Lewis or something, while uncomfortable could easily be the key word for films such as Pretty Maids All In A Row (with Rock Hudson as a lecherous high school teacher-a film my parents took me see at the drive-in as a kid!), Putney Swope and the Redd Foxx and Pearl Bailey rarity, Norman Is That You?

As I mentioned in my heading for this piece, all of the42nd Street Forever volumes are fantastic, but damn, Volume 5 is just incredible, overwhelmingly fascinating, peppered with vintage intermission clips, and chock full of new discoveries and delicious dementia. Hours of fun to be had for any true fan of the offbeat and bewildering.

Check out Synapse Films official web site for updates, news and their fine catalog of releases.
on October 07, 2013