This piece was originally published March 15, 2010

If I had to pick one single annual event that would be my all time favorite to attend, it would without a doubt, be JAPAN NITE, which is a touring musical showcase / festival that brings to the United States some of the coolest, most creative (and at times most insane) Japanese pop, punk, rock and beyond bands that you'll ever see.

The lineups change on a yearly basis and you get to hear and experience amazingly fun groups who otherwise would doubtlessly not have a chance to tour the States on their own.

Some of these bands are really popular and signed to major label record deals back in Japan, and many due to their appearance on one of these JAPAN NITE prestigious tours, which includes the huge South By Southwest Festival a.k.a. SXSW, gives an added boost to further their careers and create large American cult followings (and for some even bigger prospects along the vast trajectory that is now indie rock's network).

As well as having one of the nicest vibes you'll ever experience (yes politeness and happiness really is the order of the evening, however crazy the show gets) and you're able to purchase all sorts of great merchandise and meet the band members in person after they perform.

The Mystery Box had the great pleasure of talking with JAPAN NITE'S inimitable founder and tireless promoter, Audrey Kimura, who sheds some light on this most happening of all music evenings... 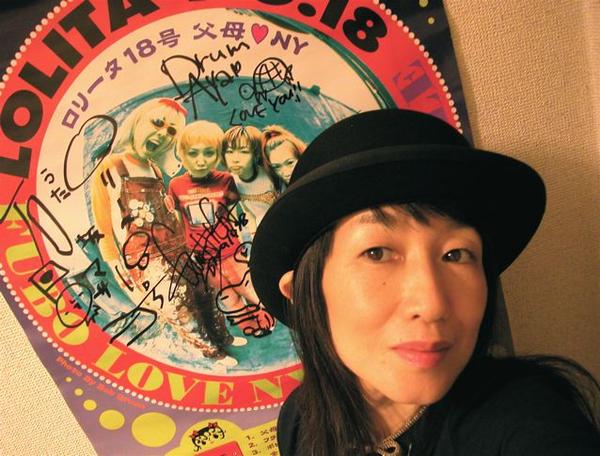 Audrey Kimura and her fantastic, signed Lolita No.18 poster

RJ: You started Japan Nite in 1996?! What inspired you to begin this showcase for Japanese bands and their music?

Audrey: I had been working for NY New Music Seminar (1980~1995) Rep in Tokyo and we had Japanese band showcase there from 1992~94, the line up included Pizzicato Five, Boredoms, and Shonen Knife. Then we went to Austin in 1995 to do the recording of one of my label all girl band, Lolita No.18 at Sweat Box studio and hang around there. Then Hiroshi Asada of Tom's Cabin who I have been working for in Tokyo, became SXSW Asia Rep. Tom's Cabin is one of the oldest and legendary music promoters in Japan has been bringing overseas artist from 1975. Hiroshi did Tom Waits Japan tour twice in 1977 and 1978 and the first Elvis Costello tour in 1978 and B-52's, The Ramones, Johnny Thunders, Toy Dolls, and lots of American Roots singer songwriters, Dan Penn, Jimmy Webb, Jackson Browne etc.

Anyway Hiroshi produced the first Japan Nite at SXSW in 1996 with Lolita No.18 (BENTEN Label) and Hoppy Kamiyama's Pugs. ( Hoppy also release 2 CDs from BENTEN as ONTJ ) only two bands.

RJ: How do you pick which bands will be included for the tour each year?

Audrey: JAPAN NITE US tour was stared as BENTEN Label solo project. I sent one or two bands from my label to SXSW each year, and booked a couple more shows in west coast on the way back to Tokyo from Austin.

It was Japan Girls Nite since all the bands were girls from my label BENTEN or alumnae bands from BENTEN like noodles, Bleach, Mummy The Peepshow, Titan Go King's, TsuShiMaMiRe, Hang On The Box and Petty Booka until 2005. Then other bands I really like who played SXSW started join the tour from 2006, The 50 Kaitenz, Asakusa Jinta, Go!Go!188, detroit 7.

Asakusa Jinta is a good friend of Lolita No.18 and I love their music style and I knew their music style would be appreciated more in the countries (not Japan.) When I saw detroit 7 first time in Tokyo in a small club, I feel the same and went to see them to talk the possibility. 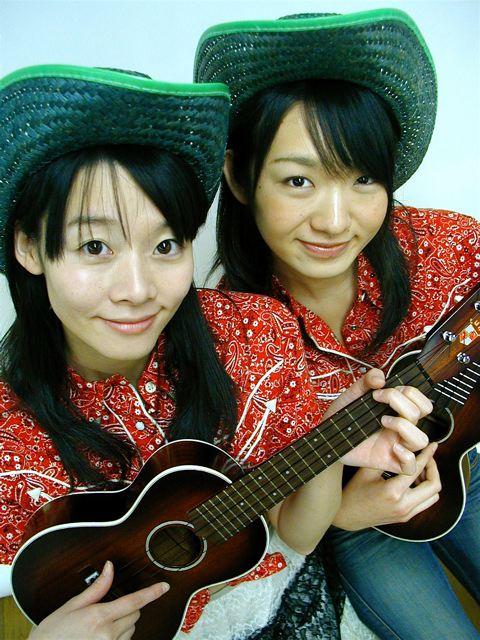 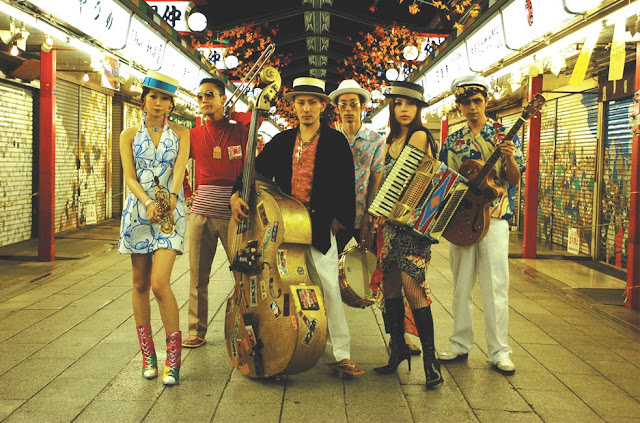 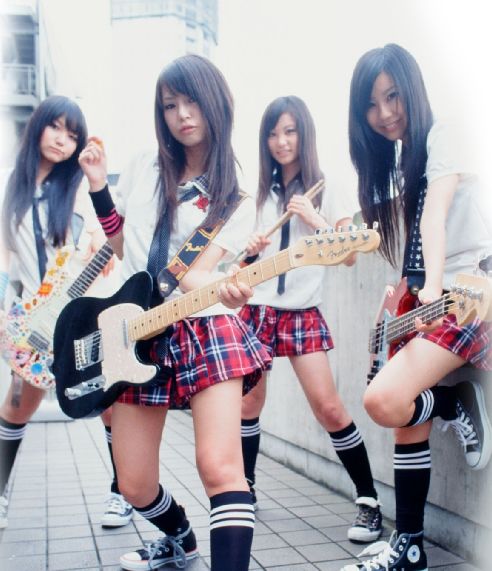 SCANDAL: What's not to love about actual high school
girls that sound kind of like KISS?


RJ: A few of my all time favorite acts from past JAPAN NITE tours have been
ASAKUSA JINTA / The 50 KAITENZ/ Scandal / Petty Booka and Beaches. Who would be in your top five as really stand out bands?

Audrey: Top five? wow, it's difficult.. There are more than 80 bands have played since 1996. OK. One is Lolita No.18 because they are the origin of JAPAN NITE. Then Petty Booka, TsuShiMaMiRe and detroit 7.

American people loved them and the U.S. tour made them matured as a result of that experiene. You appreciate what their music and that made them happy and confident. I think they never had the experience in Japan before that. It was really nice to see how you enjoy Petty Booka and understand their respect and interest to American roots and singer songwriter music. Nobody knows them in Japan and it's a kind of cult music here. The last top five band is Go!Go!7188. I know lots of people still want them to come back again and I believe their success in USA. 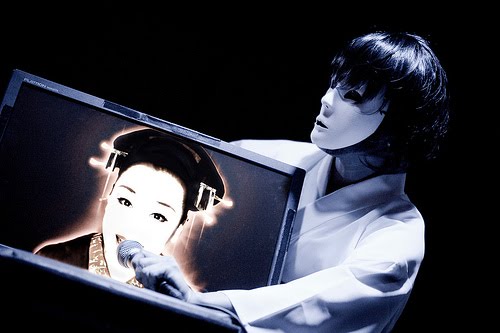 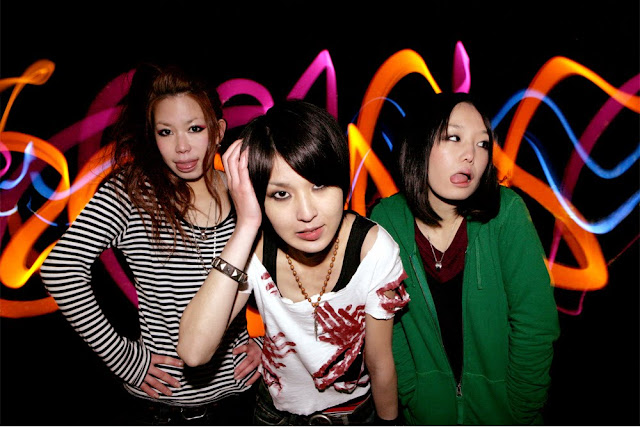 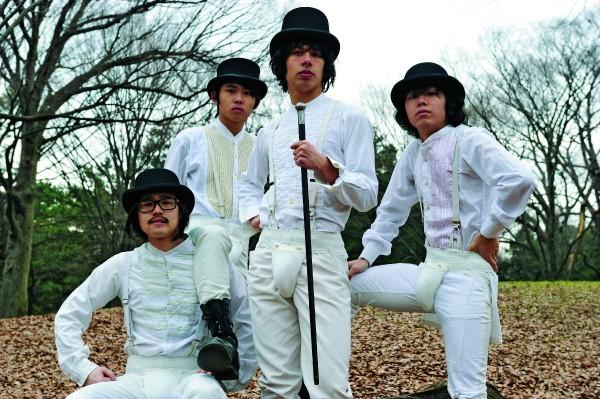 OKAMOTO'S
"The spirit of The Rolling Stones lives on
in these 19 year-old Japanese rockers!"

RJ: Who should we look out for on this year's tour?

Audrey: CHATMONCHY, Red Bacteria Vacuum, Omodaka, JinnyOops! and OKAMOTO'S ..... all the acts of JAPAN NITE US tour. But it is true. They are all great. You know CHATMONCHY is the biggest CD sales and ticket sales girl band in Japan and represent current J-pop rock. Red Bacteria Vacuum has been Japanese underground club scene for years as loud hard core punk band but they are still pop and they make you dance.

I think pop is the most notable feature of Japanese band. Omodaka, this electronic otaku wizard is also very pop and wired and his music has some punk elements. JinnyOops! is a new all girl punk band like a volcano now active . They will explode all their energy at the shows. All the industry here and music fans stared talking about new kids OKAMOTO'S. As you see their are wearing A Clockwork Orange costume, you would love them.

RJ: You also have your own label called BENTEN Records - Can you tell me a little about it? What direction do you take with your label?

Audrey: I think I have already talked about it a lot here. I found this in 1994 in order to release silly and happy music of all girl band to the world. You can read my statement on my web site. It's been fun to do US tour or going to Europe with the bands. I am looking for new bands coming to the world from Japan!

JAPAN NITE will be setting down in the Cambridge, MA area at T.T. The Bear's Place club on Monday, March 22.

A very special thanks to Audrey Kimura and the best of luck with this, and all future JAPAN NITE tours. 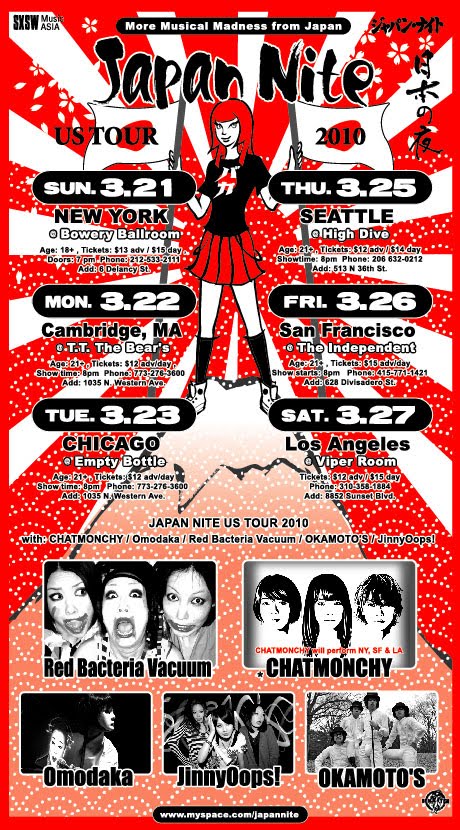 Tour Dates for JAPAN NITE 2010 include the following:

Visit this link for the official JAPAN NITE 2010 web site
and here for Audrey's BENTEN RECORDS official site.
on October 07, 2013