There's nothing like starting off the new year with a good book.

As well as staving off some of the winter chill surrounding The Mystery Box HQ, the distraction is a nice and gentle way of beginning things.

And if there are some laughs involved in your reading material, then all the better.

Autobiographies are a fave of mine, and this particular one is especially worthy of interest... 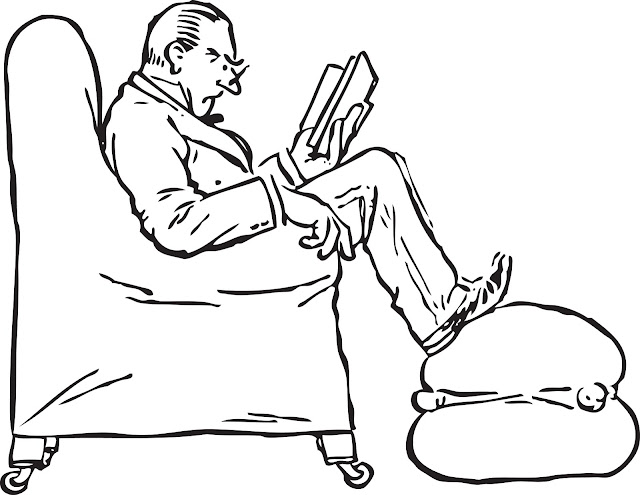 The phrase "Baba Booey" has entered our popular culture.

Whether spoken by someone who has full on knowledge and knows the background of the term, a vague idea of its origin, or even absolutely no idea but they heard it said on TV or by somebody at school or work, they are words that are now bandied about, and often for no reason other than they sound funny, seems to mean something or somebody, and of course we all love some good old fashioned alliteration.

Gary Dell'Abate is both the originator or these words and for now and forever will be known as Baba Booey incarnate. 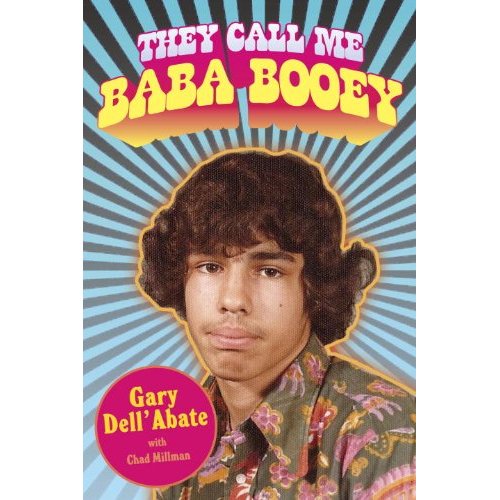 As producer of The Howard Stern Show for some twenty seven long years (I think Gary's years on the show take longer than most of our years what with all he puts up with) where he has not only booked guests and occupied the producer chair doing the things that any radio show job would entail, he has also been a staple of the everyday laughs and conversation. He's one of Howard's on-the-air inner circle and pretty much a main target of some of the funniest ball busting, mockery, songs, animation and anything else that could get thrown at a guy in the course of creative assaults. 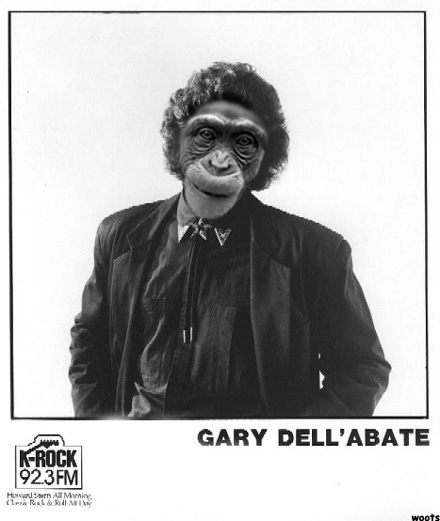 Has he taken it well? Usually, but not always, and that is where the magic happens again and again. The bits about his looks and personal attributes seem to bother him less sometimes then when he is prone to getting more worked up about his every decision, like buying everyone fancy nose hair trimmers one Christmas, being scrutinized and reviewed by Howard and the crew for the enjoyment of the millions of listeners.

Gary is a wealth of goofing material, and while that might sound like the meanest thing to do to a nice guy, like it is some bullying story from our current news headlines, in fact, within the pages of Gary's autobiography, you learn that there are in reality fewer times when Howard actually had to check on his fragility, so thick is the skin of a Dell' Abate.

There are countless occasions when Gary's tormenting is kind of justified: The laugh out loud true origin of how the Baba Booey nickname came to be, the discovery of a secret videotape he sent to an ex-girlfriend when he was haplessly trying to win her back, or the now world famous sports clip of Gary (a huge N.Y. Mets fan) throwing out the first pitch at a Mets game for an Autism charity, where he hits the Umpire who is standing about four feet up the third base line. It has since gone down as one of the ugliest first pitches in the history of baseball.

So does the origin of Baba Booey, and some tales from The Stern show make for a decent autobiography or is most of this book just a mere padding out of non-story?

Hardly, since the pre-Stern years of Gary's highly "interesting" family life, his school years, obsessions and routes into radio work are as captivating and remarkable a tale as anything that might involve Stern and company.

When I say I laughed and then I cried, and then I laughed, I'm not just digging up an old review cliche, there is truly a mix of unreal sadness and absolute hilarity to much of this work.

It strikes me as odd when you came across online reviews for this book and while many praise, a few thought it to be boring. I've always thought that such proclamations of boredom come from very boring people, and the Gary Dell'Abate story confirms this, since it has so many wonderful anecdotes (one even puts a human quality to Don Imus, something I didn't know existed), turns, and spins.

I especially liked how the chapters travel back and forth from the past to the present, giving the reader more of an understanding of how much this guy has solidified his life throughout the pain and discouragement that he has endured.

If ever there was a recent book that I would place on a geek's required reading list, then this is the one.

Not only has the man known as Baba Booey lived a life of obsessions (music trivia, working with all different personality types, getting that NBC I.D.) that enabled him to focus and steer past any horrid co-workers, physical shortcomings, immense taunting before millions or family grief, he's emerged a prominent success with a great wife, two nice kids, prime seats to Mets' games and a dream job working for the King Of All Media.

There are also plenty of Gary "lists" to enjoy and really, has there been a cover this good for an autobiography before? From his list of rejected book titles, one can only ponder how The Apes Of Wrath, War And Teeth or Memoirs Of A Dumb Fuck might have looked like on display in bookstores or on the N.Y. Times Bestseller list.

While it is not quite up to the sordid head-shaking wow! factor that was the previous Stern Show cast member autobiography, Artie Lange's Too Fat To Fish (really, how can anyone compare to Artie's many lunatic tales? For example, in his 1st season on MAD TV when, in prosthetic pig makeup, he was driving in his car snorting cocaine much to the horror of passing motorists) still not only will this book deliver great entertainment and tell the tale of "Boy Gary" as he found his place in the "delicate" world of radio, it will also illuminate some of the insider aspects of Howard Stern's personality and just why someone would stay in a job that seems to attract so much abuse. It's not all for the money alone folks, it's for the love as well.


If you are a Stern fan, you probably already have this book, if you are not, or proclaim how much you always hated Stern, I think you should still give this book a chance. You might be very surprised at the good vibes within.