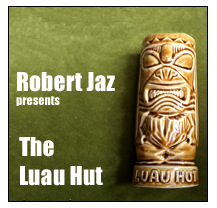 Welcome back to the second installment of The Mystery Box's Luau Hut: My take on all things from the world of Tiki.

This week I take a look at two new album releases that are both currently residing here under the thatched roof in Tiki-ville HQ.

These albums share similar qualities of what makes Tiki so much fun—a dreamlike fantasy and make believe musical playground world that really doesn't and never really did exist—just like the best Tiki anything.

These albums are similar enough so that they both sit side by side nicely as companion listening, yet, at the same time these recordings couldn't be more dissimilar—each arriving from different places within Tiki music's history.

The first album is a reissue of a 1957 release from a mysterious Tiki Exotica performer of the past named Chaino. The other album is the second release from a modern primitive Detroit duo that call themseleves Kava Kon. 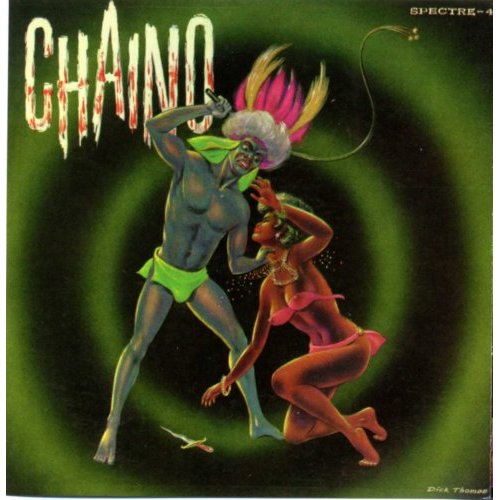 Leon Johnson was born in Philadelphia, PA in 1927, grew up in Chicago and at some point decided to become a decidedly original wildman of the bongos using the inimitable name of Chaino. He later met up with famed Hollywood music producer Kirby Allan, who, after traveling in Africa, had become a big fan of the drumming and styles he heard while there. Attempting to reproduce these sounds for an American audience, he and Chaino, unleashed their vision of Afro-exotic mayhem onto the listening public by managing to get four albums released on four different record labels almost simultaneously while even a fifth album came out few months later sharing the same record label as Lawrence Welk.

Eye Of The Spectre, recorded at the renowned Gold Star Recording Studio, was originally called Night Of The Spectre and later reissued and retitled Jungle Mating Rhythms with different cover art. Now fully restored to its original crazyman erotica cover (remember that this cover came out in the conservative fifties) the record is steeped in a mesmerizing strangeness of loose abandon and demented jungle swinging. Chaino is at once comical with his various grunts, screams and moans and thoroughly compelling in his masterful percussive performances.

From the first eerie whistle w/bongo accompaniment on the first track, oddly enough entitled "Bongos Whistling" you know you are going on a different sort of musical ride. Sordidly sexy affairs as "Sumac" and "Don't Do it To Me" continue this feast often with Chaino's signature bongo playing and eclectic array of percussion instruments. Other gems include the magnificently titled "Zombie Bamboos," "Mating Calypso," "Afri Cuban" and the spectacular closer "Secret Jungle Path." 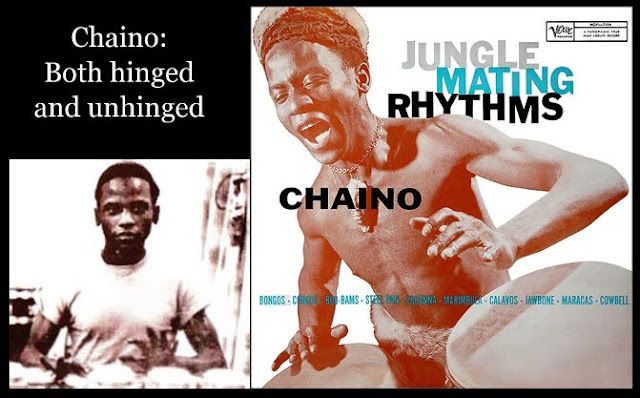 With this album Chaino managed to come up with hypnotic instrumentals that capture a sort of weird non existent primitive seductiveness. It's startling, but still makes for some relaxing background Tiki music—or when you need something completely different on that road trip to some heart of darkness. 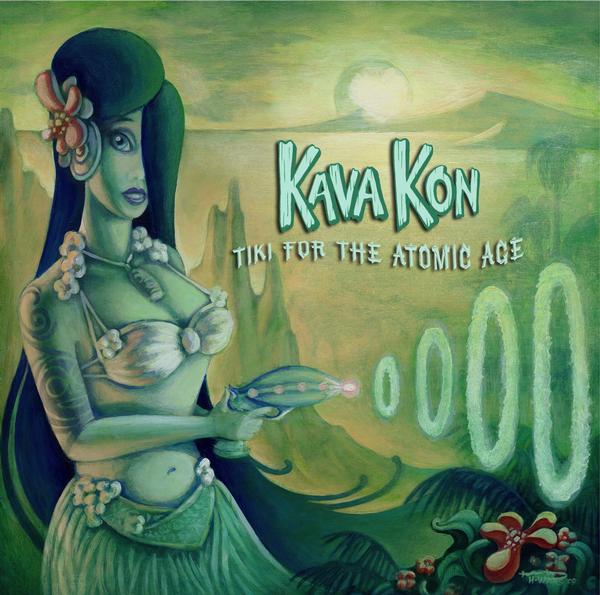 With this, their second album, Detroit duo Kava Kon have created a seamless blend of the past, present and future of Tiki Exotica music. In many ways, like Chaino's illusion of deep jungle erotica, Kava Kon has created a landscape of sound for a time and place that never quite is.

Musically acknowledging the early pioneers of Tiki sounds, Les Baxter and Martin Denny, Kava Kon never actually imitates these greats, but instead hints at them and shuffles the deck of sounds that these Exotica craftsman made famous. Some of the arrangements and instrumentation recall Les Baxter's non Tiki soundtrack work for horror and other genre films. Vintage instrumentation sidles up to pulses while soothing female voices are juxtaposed against classical piano motifs. 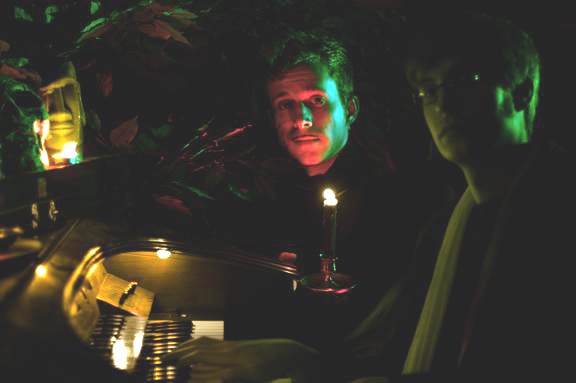 Kava Kon has crafted a superb blending of music for anyone who wishes to find a detour from the past's exotica, without straying into a clever for cleverness sake ditch. Never too precious, and I fully believe that this album will not someday end up sounding dated or lifeless.

Tiki For The Atomic Age is a wonderful adventure through the many different forms that Tiki Exotica music can take, all within one album. A few of the song titles convey the album's intentions clearly: "The Atomic Clock," "Turkish Honey," "The Exotic Traveler," "Polynesia Poppies," "Zero Gravity Lounge" and the final track, "Journey Home."

Don't leave home without this...

Both of these gems are now available from the splendidly named, fine folks at Dionysus Records, who are also in the midst of celebrating 25 (!) years of kickstarting resurgences in garage, lounge, surf, Tiki Exotica and rockabilly music with over 500 (!!) releases in their catalog. If there's a party somewhere, there's a good chance that Dionysus is throwing it.

Check out their unbelievably groovy web site here and don't forget to tell them Robert Jaz gave you the directions to their swingin' affair.