Mark E. Smith and The Fall: My Favorite Musical Acts I Will See Again and Again. Part 1.

Mark E. Smith and The Fall:

My Favorite Musical Acts I Will See Again and Again.

This piece was originally published May 18, 2009

Don't Give Up On Live Music! 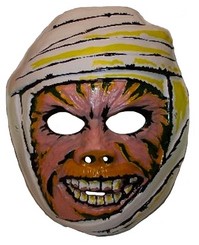 I've been going to see live music for as long as I can remember loving music. Whether it was as a kid being brought somewhere to experience the new sensation of various summertime jazz performers in the park, or later on as I ventured out to nightspots and musical gatherings on my own. I have lived music, played music, gone to support fellow comrades in sound as they too formed bands, and later helped put together a massive 3-day music festival that was beyond an incredible experience.

No matter what your particular preferred genre of sound, simply put, there is little in life that can come close to the thrill of seeing and hearing a live concert. If the concert happens to be by an artist whose music you are already familiar with and own work by, that's a plus. For myself, there are then the wonderful few who make a return touring visit extra special and rewarding.

This is the first column for what will end up being 13 columns spread out over this year, for which I have cherry picked favorite musical acts that I really get excited about going to see over and over again in concert.

My prerequisites:
1) They are still currently making music I like and are touring live.
2) I've seen each more than a few times.
3) All stand out with a unique sound, presence and charisma.

Perhaps there is a chance you will have heard and love a few, or perhaps have not heard of any. Hopefully, at least one will tickle your interest enough to check out a sample or read further about them via their web site.

Fan=fanatic and I guess you could say that for each of the musical acts I will be covering, I am a fanatic and will almost always buy whatever it is that they have to sell me. 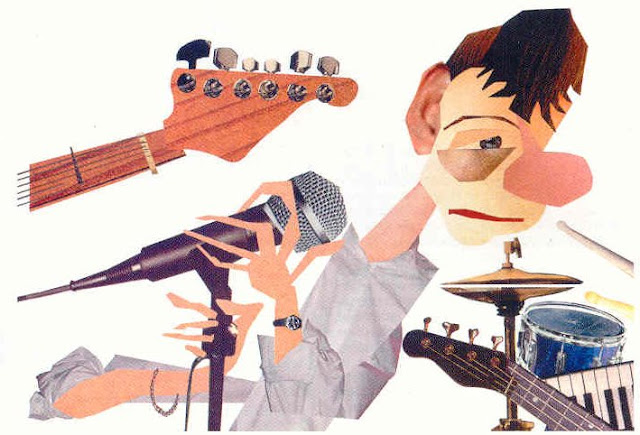 Manchester, England's Mark E. Smith formed The Fall in 1976. His band's name, an homage to the title of the novel by French Algerian author Albert Camus. With that information alone, you could conjure up enough to know that The Fall has always been a name to be reckoned with.

Smith has impudently steered his musical steamship past all contenders since day one with over 96 studio, compilation and live releases, not counting singles and a multitude of guest appearances. When I think of the word "inimitable" Mark E. Smith comes to mind.

Never content with musical pigeonholing, just as Camus was never comfortable with his Existentialist label, Smith's songs are lyrically complex, often funny and many times beyond cryptic. They are filled with obscure social, political and cultural references. The music is often based on repetition, also the title of one of his earlier songs, yet brilliantly inventive in ways that always seem fresh and new. Fall songs are all over the musical map and influenced by anything and everything that Smith has found worthy of influence from reggae, rockabilly, electronica to disco. He's covered his favorite obscure artists, often rewriting the covers to give them his own Fall-a-tizing touch. Then there are Smith's vocals; there are very few voices that can hold a candle to Mr. Smith's Mancunian accent and dryly sarcastic wit. Most Fall fans agree, that Mark E. Smith could read a telephone book and it would be fantastic.


Smith has often said that the best band is The Fall and all other contenders are frauds (although he actually shocked me by stating that the other best band ever was The Monks, in a surprisingly rare, but very understandable endorsement).

The Fall have made many classic albums, been on a major label, tour endlessly and were always mentioned as a favorite band by late legendary D.J. John Peel of the B.B.C. Peel stated that "They are always different; they are always the same'. When asked...why he liked them so much, Peel said, 'They've never disappointed me yet, and I suspect won't...I can't think of any other artist who's managed to do that for 10 years...I simply don't know what it is that I like about the Fall...He [Mark E. Smith] never takes the prevailing trendy attitude...I'm pleased that he does say what he actually thinks...The Fall are always identifiably The Fall, but they do seem to evolve'.

The far reaching music of The Fall has worked it's way into tv car commercials that you HAVE seen, been used in Johnathan Demme's Silence of the Lambs, and surprised me recently because I often hear "Cruiser's Creek" from their one of their masterpiece albums This Nation's Saving Grace, used as bumper music on radio broadcasts of Red Sox baseball games. Talk about the cult band of all insidious cult bands.

Live, Mark E. Smith is a loose cannon of unpredictability and disturbing charisma. Pacing about the stage with microphone in hand (that is, until thrown to the floor and kicked about while he grabs another one from somewhere else) or at times a megaphone, sermonizing like some snake oil salesman on dry ice. He most often enjoys fiddling with his musician's amplifiers and changing their settings while they play on stone faced and unflinchingly cool. At times he's even performed a few songs from behind the closed door of a nearby dressing room or after breaking a hip from slipping on ice, did gigs while in a wheelchair. 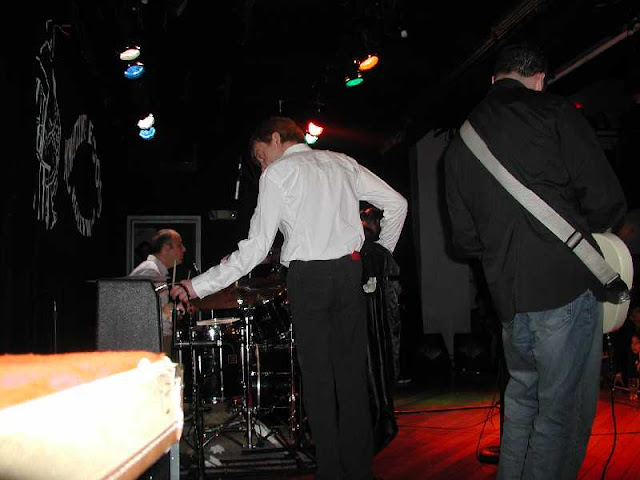 Set lists rarely pander to older or nostalgic material aside from an earlier chestnut or two, instead relying on Mark's always moving forward attitude, because as he sees it, the new album is The Fall's best album.

The Fall has had more band lineup changes than anyone else I can think of, with most either "falling" out with Smith (perhaps due to their amps getting fiddled with?) or via the classic "sacking" by Smith.

It matters little for truthfully, in Mark E. Smith's own words, "If it's Mark E. Smith and your granny on bongos, then it's a Fall gig."

An extensive web site on The Fall, which contains news updates, Bio, a full discography and complete lyrics to all of Smith's songs of genius can be found here.
on November 10, 2012