A Tribute to Allan Melvin: Character Actor Extraordinaire and the Voices of Magilla Gorilla and a Banana Split!

A Tribute to Allan Melvin:

Character Actor Extraordinaire and the Voices of Magilla Gorilla and a Banana Split!

This piece was originally published on May 25th, 2009 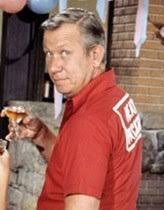 On January 17th of 2008, Allan Melvin passed away and television lost one of the great and perhaps more unsung character actors to ever traverse the world of sitcoms, animation and commercials; he was always working, always memorable.

Who else could have a list of credits that includes boyfriend to the Brady Bunch's housekeeper, best pal to both Sgt. Bilko and Archie Bunker, and the voices of none other than a Banana Split and that very large Gorilla for sale in the window ?

Lately, here at Mystery Box Manor, we've been watching episodes of The Brady Bunch on DVD. A big green fuzzy shag rug of a box set for the entire series run. These days this is my preferred way of viewing any television show—chronologically, in back to back chunks—which is made easier now that more and more entire shows are available in this way. 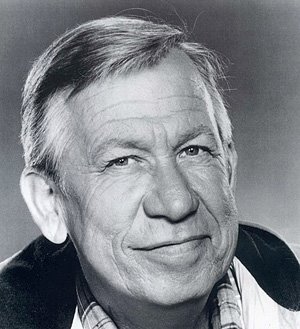 Seeing the first appearance of Alice Nelson's (a.k.a. the Brady's cook, housekeeper and family confidante numero uno) boyfriend Sam "The Butcher" Franklin, made me wonder more about the actor who portrayed Sam.

Mr. Allan Melvin. What a guy. I knew he'd been all over television in various appearances and through his voice over work, and recalled his passing away over a year ago, but not until taking a look a his credits recently did I really put together what a large career he had indeed. 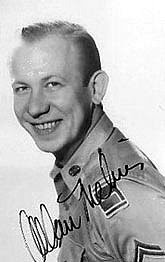 Allan was born in Kansas City, MO but it was as a transplanted New Yorker he really started. First he enrolled at Columbia University, served a stint in the U.S. Navy, got married and then worked for NBC Radio in the sound effects department. It was here that Allan began to acquire
the skills that would later benefit him in doing voices for animation. 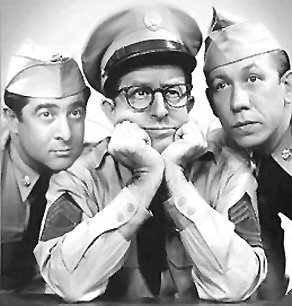 He juggled a comedy nightclub act with his various radio jobs, appeared on Broadway in live stage productions and finally broke into television big when he ended up as one of Phil Silvers' righthand men (the other was Harvey Lembeke) on what was to become one of the bigger TV comedies You'll Never Get Rich, which soon was named the infamous Phil Silvers Show (and the well known Sergeant Bilko in syndicated reruns). Allan appeared on the show's run from 1955 through 155 episodes later to 1959. Cpl. Steve Henshaw solidified Allan's place in television history and would ensure a recognizable face for TV viewers in the years to come.

The Sixties as they say, were very very good to Allan, as his live credits increased through his high visibility and immediately recognizable voice. He made many, many guest appearances on hit shows such as Dr. Kildare, McHale's Navy, Make Room For Daddy, Perry Mason, The Dick Van Dyke Show (8 episodes), My Favorite Martian, Lost In Space, The Andy Griffith Show (8 episodes), and Gomer Pyle U.S.M.C. (7 episodes). 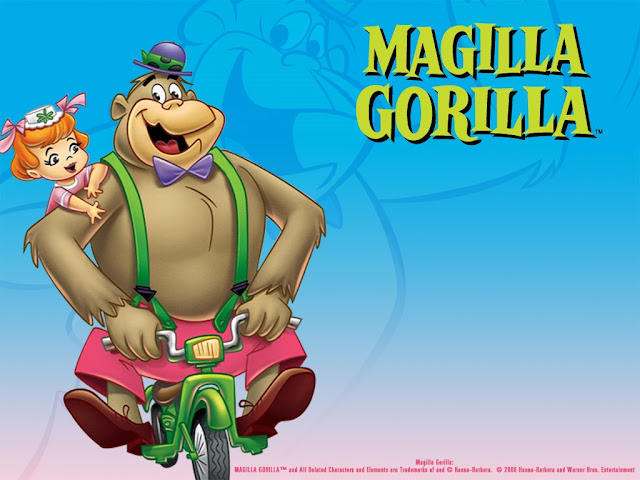 Work poured in doing voices for animated series such as Beetle Bailey, Krazy Kat, The Secret Squirrel Show, 13 episodes for The Flintstones, and the one that definitely gets the vote for the most well known: The voice of none other than the red shorts, green suspenders, purple bow tie, and purple hat wearing Magilla Gorilla. Magilla, forever to be for sale in Mr. Peebles' pet store window while the little girl Ogee wished she could have enough money to buy the lovable, big hearted, ape.

In 1969 Allan was cast as the wisecracking Sam Franklin on The Brady Bunch. Better known to fans as simply Sam The Butcher. A character who was later immortalized as the guy who "brings Alice the meat" in 1995's The Brady Bunch Movie. Sam appeared in 8 episodes until the show's 1974 run and each one left an impression. He was loose, down to Earth, funny, and Alice wanted him to commit. I always had the feeling that Sam had lived more of a past life (perhaps his stint with the scheming Bilko?) than the Bradys could handle. Alice loved him and so did everyone else. 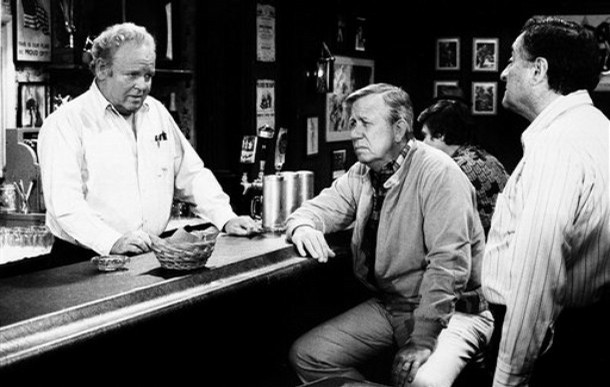 Appearing on 25 episodes of the groundbreaking #1 show All In The Family from 1971-1979 and then another 57 episodes (!!) of the spinoff Archie Bunker's Place from 1979-1983 Allan Melvin once again became a familiar face to millions of television viewers as Archie's best friend/neighbor Barney Hefner. At first Barney was a minor character, but his visibility and role increased as Family lost "Meathead" son-in-law Mike and daughter Gloria, with Barney taking on a huge role for the Edithless Archie Bunker's Place. 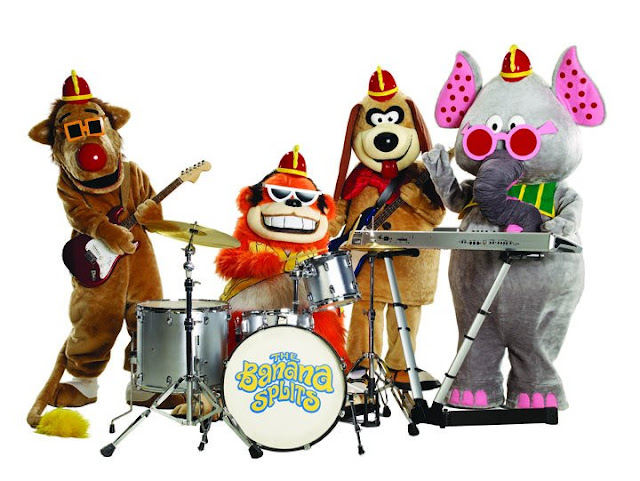 On Saturday mornings for many of us kiddies, we sat and were psychedelicized by the strangeness that was The Banana Splits Adventure Hour. Produced by the legendary Hanna-Barbera Productions, The Splits were a take off on the adult variety show Laugh-In and included costumes by Sid and Marty Krofft, plenty of anthropomorphism, happening music, a hefty Kellogg's cereal sponsorship and what still is a dizzying array of what the f**k? I'm positive the creators of The Teletubbies watched many a Banana Splits episode while puffing on banana skins and eating nutmeg.

The Splits need to have their own future column, but for a brief summery, actors in suits danced around doing their "thang" and played in a "flower power" band. Each show started off with a gathering of the "Banana Splits Club," which then presented other shows within their wraparound show. You had the live action pirate serial Danger Island, animated shows such as Arabian Knights and The Three Musketeers and The Hillbilly Bears among other gems.

The Splits were four mighty creatures to be reckoned with. Perhaps not the "Fab Four" but more like the Fabulous Four. Fleegle, a beagle and leader of the clan; Snorky a silent elephant; Bingo, a gorilla; and the Alan Melvin voiced Drooper, the lion. After Magilla, I can understand why Allan may not have wanted to be yet another pain in the ass gorilla and opted for the goofball cat.

Overall Allan's heavy workload from the Seventies through the Eighties continued with more guest roles on shows such as Kung Fu, The Mod Squad, Love American Style, and Mayberry RFD.

More and more, until his last work in the early nineties, Allan's live acting roles took a backseat to the increased demand for his voice work on animated series. He was "Superthug" on The Scooby Doo/Dynomutt Hour, "Vultan" King of the Hawkmen on The New Adventures of Flash Gordon, "Electro" on 1981's Spiderman and His Amazing Friends, did voices for 1984's Challenge of the GoBots and various H.R. Pufnstuf characters and always...always had a gig whenever Magilla Gorilla was dragged out for some appearance or another new spinoff show.

Allan when interviewed, usually said that his Sergeant Bilko character was his proudest acting role ever. However, who among us will ever forget Sam The Butcher, Magilla Gorilla, Barney Hefner or Drooper?

Thank you Allan Melvin. Because of you, my world is a weirder place and that is a very good thing.