TALES DESIGNED TO THRIZZLE: VOLUME ONE BY MICHAEL KUPPERMAN

VOLUME ONE BY MICHAEL KUPPERMAN

Here at The Mystery Box H.Q. I often enjoy pulling a release out of the past, just in case you might have missed it the first time around. Everyone tries to be on top of new releases, but often going back a bit has a multitude of rewards and can be a new discovery for someone who will then embrace it and in turn tell others how great it is.

Such is the case here...

When you come across a writer or a cartoonist's work that has you laughing out loud to the point of shaking your head in disbelief that anything could be so astronomically funny, you just want to share it with the world.

Such is the case with Michael Kupperman, an American illustrator, cartoonist and writer that has written scripts for D.C. Comics, contributed to various anthologies such as McSweeney's, has had work animated for Comedy Central's TV Funhouse and has graced the pages of The Wall Street Journal, The N.Y. Times and The New Yorker, to name only a few of his many achievements. 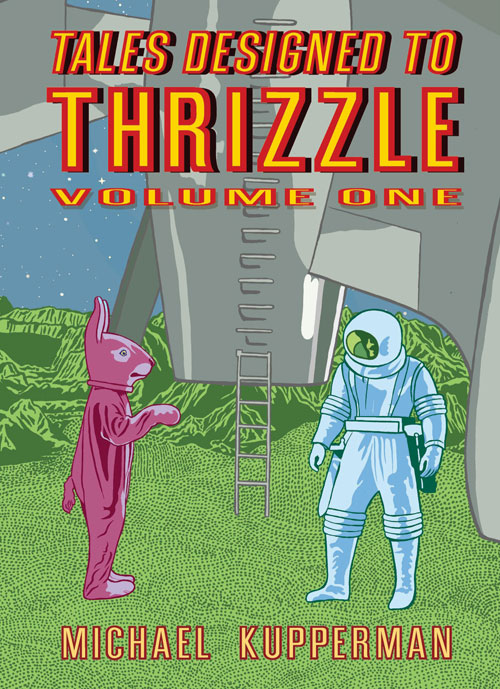 In 2005 Fantagraphics began to publish his comic book series Tales Designed To Thrizzle, of which the first four issues have been collected for a Fantagraphics hardcover of the same name. 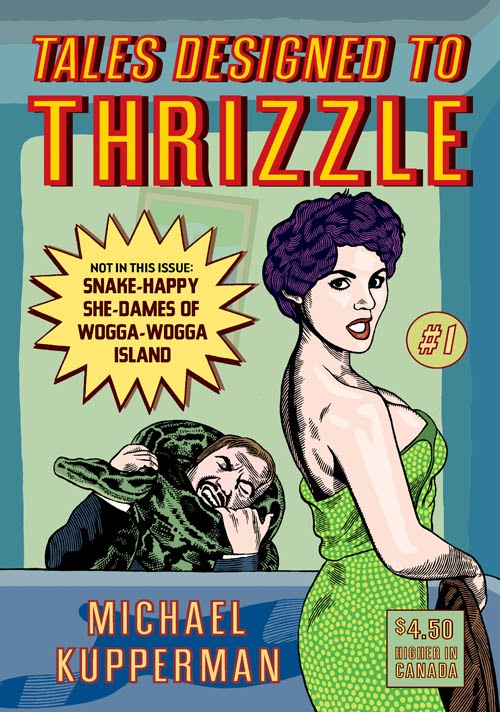 The book could very well be up there as one of the funniest things I have laughed at, and I mean Monty Python/Caddyshack/Conan O'Brien/Animal House/Three Stooges funny.

Each of Kupperman's "Tales..." is broken up into three parts: The Adult Section, The Kid's Section and The Old People's Section. 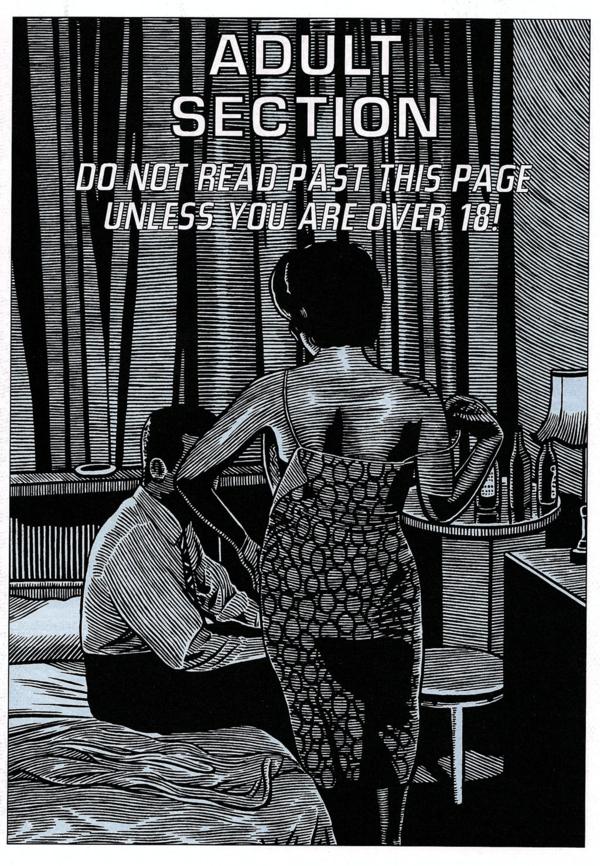 From there the three sections/ contents read like an odd Silver Age comic book of the '60s, with assorted panel strips (the detective, Dick Crazy), educational stories (How To Recognize Criminal Fingertalk), fake ads (New Baby Poop-N-Tell!), longer pieces (The Mysterious Avenger), recurring characters (Cousin Grampa, Snake 'N' Bacon) and above all, a marvelously out there original wit. 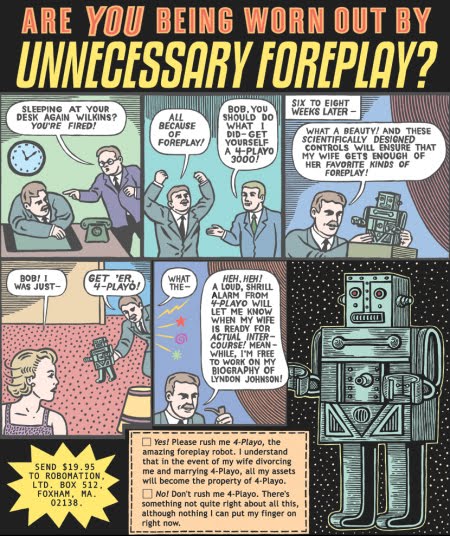 Kupperman's lurid artwork matches his humor as it is as strangely crude and deliriously amateurish as an old Charles Atlas comic books ad: "The Insult That Made A Man Out of Mac"or "Hey Skinny! Yer Ribs Are Showing!"He also took these four collected issues, which were originally in black and white and made them all in "...full stereophonic color enhancing the laughter!" 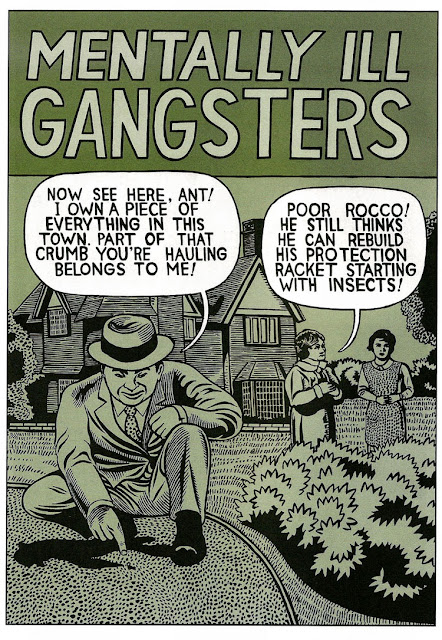 Kupperman's work has thankfully found success and has been praised by some of the greatest comedians and humorists around, so hopefully, if you're not on the Thrizzle train already, you'll catch up at the next station and hop on board. It's only a brief ride from there to the land of "Incompetent Comics"... 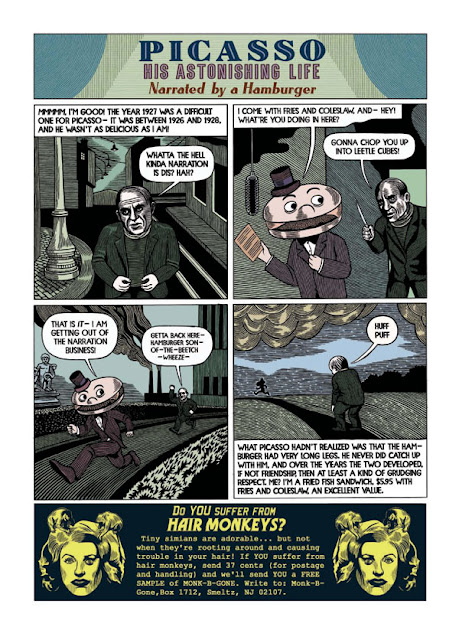 
You can also visit Michael Kupperman's equally hilarious blog and website at www.michaelkupperman.com
on October 07, 2013