Sean Hartter is a prolific comic book artist, illustrator, writer and musician hailing from Massachusetts.
Among his many accomplishments and talents, Sean’s work has included writing and drawing a story for a Mexican comic book, contributing artwork for issues of the U.K. based Cereal: Geek Magazine, composing and releasing music under the group name Brothermaniac, working with the syndicated horror television show Saturday Fright Special and creating a character called Nobody the Idiot, which since 2007 has been drawn by a zillion artists as part of an ongoing project.
More recently, Sean has been designing film posters that allow him the ultimate freedom to recast and re-imagine some of his favorite films in ways that are both colorfully thought up, but also very skillfully reworked. 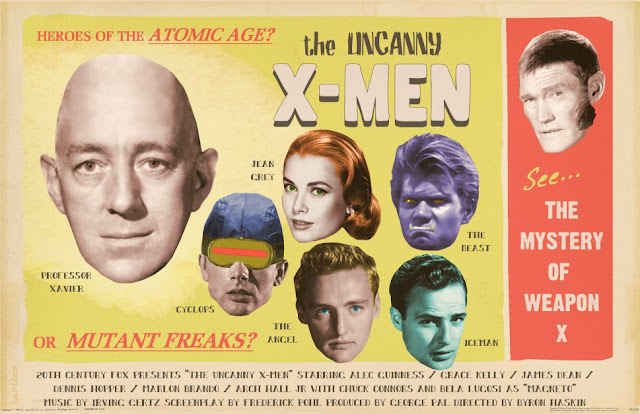 Incredibly fascinating and as clever in scope as you'd ever dream of, it is with these wonderful and truly fantastic "posters of alternate universes" as the subject, that I talked with Sean Hartter here at Mystery Box H.Q.

Sean, is there a certain time, event or a particular inspired moment that birthed this Alternate Universe as depicted in your film posters?

I would have to say that the first Star Wars film and its development plays heavily into why I started doing these posters. From Ralph McQuarrie's original Starkiller, C3PO and Vader designs to the original walrus like Jabba the Hutt as he appeared in the Marvel Comics adaptation to Sylvester Stallone coming this close to playing Han Solo, as a kid these what if tangent universes appealed to me in a big way.

Later on came things like H.R. Giger's designs for Jordorowsky 's doomed Dune film adaptation in the 70's that made me step back and say, "Man, that would have been the greatest and most whacked out movie of all time." Or DC Comic's Elseworlds Batman graphic novels that depicted the Dark Knight in situations ranging from his life as a barbarian to him pairing up with Houdini. It was those sentiments that got me messing around with similar film "what if" scenarios just to make myself happy in 2009. I'm glad people responded to them as well, makes me feel less mentally ill. 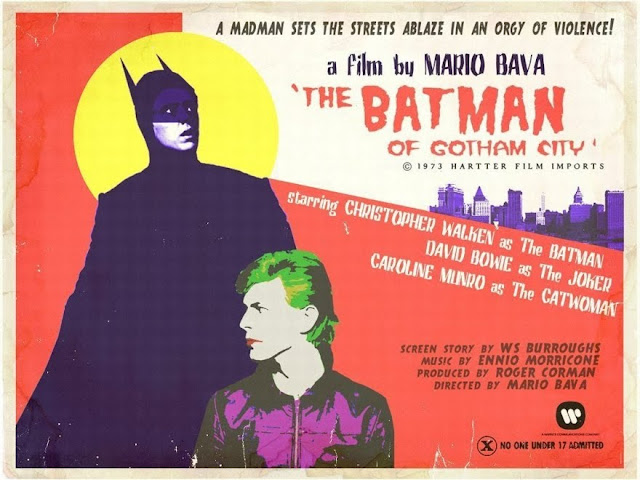 They seem to really have an enormously prolific film industry and history in this Universe, perhaps one that would rival Bollywood?

Yeah, they burn the midnight oil in those universes, no doubt. 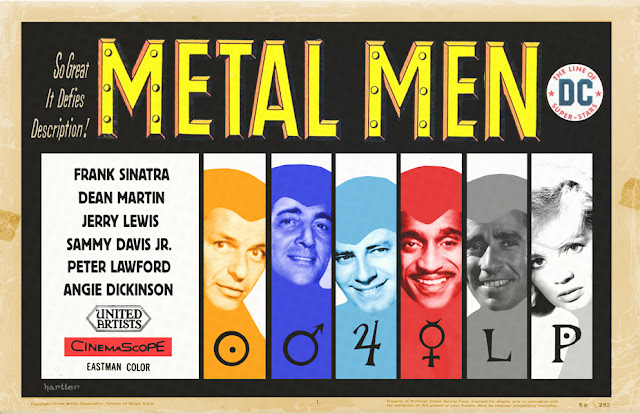 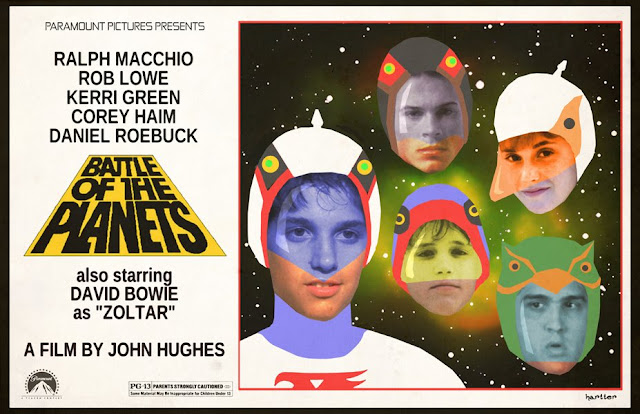 How do you decide which films you want to re-imagine and which get left out?

Well, having done them over exactly 2 years time now, the quality and techniques have varied, but there have been a bunch that I just wound up throwing out, like Michael Clarke Duncan and Haley Joel Osment in Mac and Me and Benicio Del Toro as Doctor Strange. The posters just didn't come together like I pictured and I never revisited the ideas. There are a handful in the main body of the poster "collection" I guess you'd call it that aren't so hot but they are what they are, I can live with how they came out.

On one site a guy called the original Jordorowsky's Star Wars poster "eye rape". For the record I'll never re-visit the Mac and Me idea. MCD as a green alien with antennae is just too out there. Even for me. But pretty much I get the idea driving or lying in bed or watching tv and I get to it ASAP and 5 or 7 hours later I have a poster, for what its worth. Even if its "eye rape." People have suggested a handful of them too me too, like my friend comic artist Kurt Belcher's idea for me doing Kurosawa's 2001. 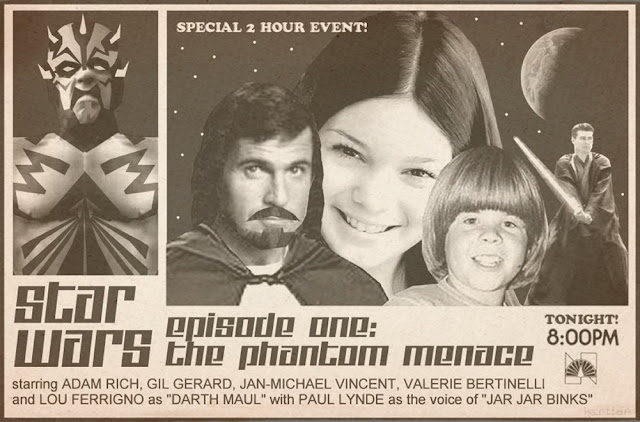 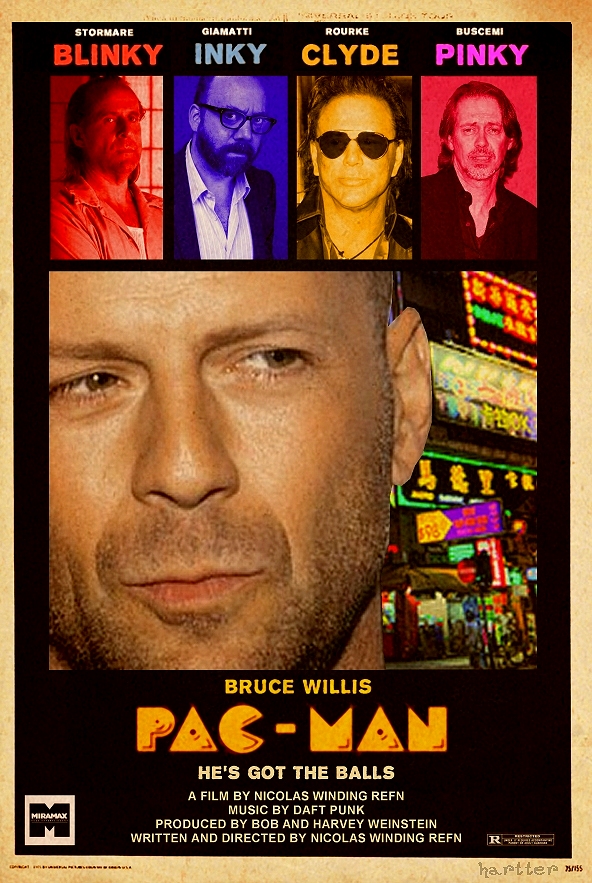 I'm not seeing a particular era in film history covered, is this because you've purposely allowed yourself the freedom to pull up any film, from the silent era to current blockbusters?

I am a massive film buff of films from every era, from Edison's Frankenstein to Thor that came out this year. I kinda made it open ended and imply that the posters are from more than one universe, like with the Star Warsposters so far, I've done 3 of the 6 movies and they vary from an 80's TV movie of the week to a mid 90's theatrical release, no kind of common thread in actors or anything.

Above all I hope people that see them realize I'm just having a blast and I want them to have a blast with me, get a chuckle, stare off into space for a second and wonder what an Elvis VS Cthulhu film would be like. Although in that case they can always watch Bubba Ho Tep and enjoy something infinitely cool that DOES exist. 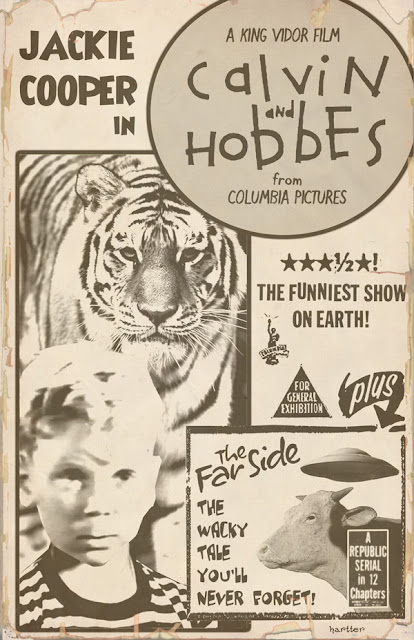 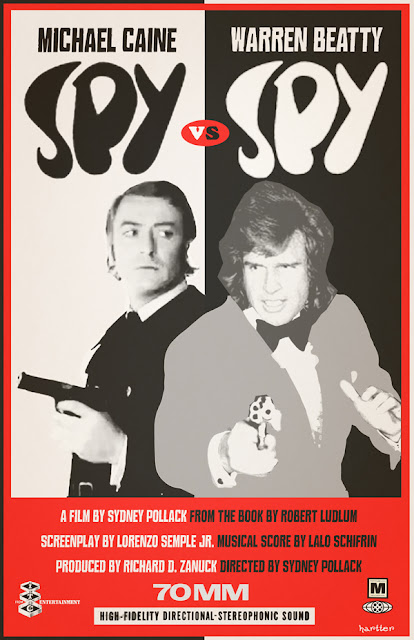 Are there certain genres or actors that you will always stay away from?

No romantic comedies. Other than that, whatever's clever. I am a geek bastard, dyed in the wool, so chances are anything I do will have a sci-fi, horror, comic or fantasy bend to it. I don't follow sports, it's the same game to me over and over again. I have zero interest in politics. What I do have is tens of thousands of hours clocked in reading books by Michael Moorcock, Where Monsters Dwell comics, listening to the film works of Bernard Herrmann in headphones in my bed, watching Samurai Jack with my sons, going to see films with my friends on opening day, recording a wide range of musical styles with my band Brothermaniac.

Those things all inform who I am as a human being, I wouldn't trade the Friday nights I spent watching premiere episodes of Samurai Jack with my kids when they were little for anything in this world or the next. That I create "art" and people seem to really get it and dig it is all icing. 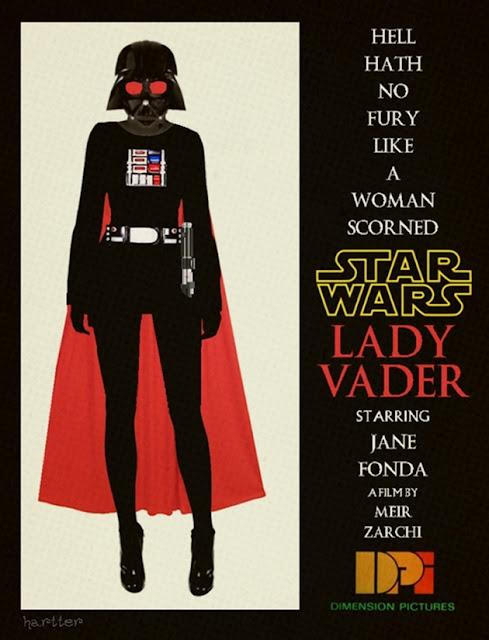 It's as if you are the ultimate Film Auteur with the ability to bypass any sort of "creative decisions by committee" which I feel has ruined many a potentially great film in the real history of film.

It's sad the compromises that film makers have to make in the day to day grind of getting something out of their heads and onto cinema screens. You wonder how something so off the wall and note perfect as the original Robocop ever gets made with the litany of people's opinions co-opting your vision. Then again you could be Joel Schumacher making a Batman film, in which case your vision sucks and you should be slapped. 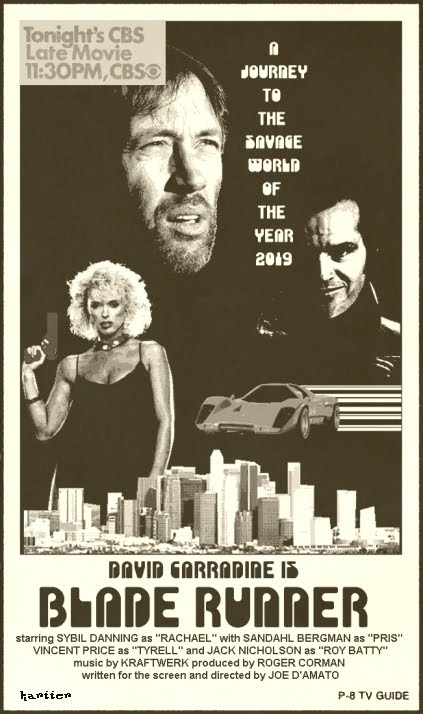 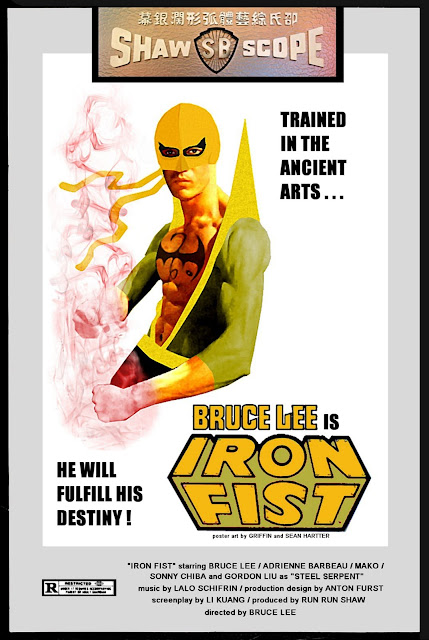 All of Sean Hartter's Alternate Universe Movie Posters
can be viewed, and prints can be purchased, here.

His main web site showcasing all his various works can be found at www.seanhartter.com