NICK LOWE'S LABOUR OF LUST: A CLASSIC BY A CLASSIC REISSUED AT LAST!

A CLASSIC BY A CLASSIC REISSUED AT LAST!

Nick Lowe will probably never be asked to guest on American Idol, and if he were I am pretty sure he'd say "no thanks".

Although his critiques would probably have made former judge Simon Cowell seem like an easy pushover, there are few artists who have earned more right to have one of their songs performed on such a show or give some advice to the fledgling performers than this legendary British singer-songwriter who has made an indelible mark on Pop, Rock and Roll, Punk, New Wave, Country Rock, Power Pop, and virtually any other similiarly identified style.

Lowe's body of work include a few Top 40 nuggets, one of his songs receives daily airplay around the world, and another actually turned up on a mega selling Grammy Award winning record breaking album.

How's that for a resume? 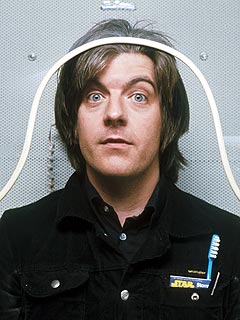 Nick Lowe's early days included being signed to major label Parlophone Records with a guitar pop band called Kippington Lodge back in 1965. This band morphed into Brinsley Shwartz, a band that began life more as a Crosby, Stills and Nash styled group but turned into a formidable altogether different beast by their later superb albums.

Over time, with Lowe at the helm, Brinsley Shwartz became the leaders of a new movement in the U.K. called Pub Rock.

Pub Rock, was a fresh take on the old back to basics, the three chord rock and roll of the '50s and early '60s that was usurped with the bloated complexities of early '70s progressive rock and larger stadium bands (now called classic rock) who lost sight of their origins in the dirty blues and were more simple garage styled bands. The U.K. owing to a smaller geographical size and a large proliferation of "pubs" for drinking, gave Lowe and his associates a chance to book shows along these already in place routes along the pubs, thereby ensuring numerous gigs mapped out, and a do-it-yourself attitude both in sound and in dealing with the music business.

This is one of the key sparks that would flame the D.I.Y. punk rock movement that was to come.

Lowe had also started to produce his fellow Pub Rockers, gaining attention as a multi-talented musical hailstorm, yet he was still signed to a major label contract he wanted out of with United Artists. He decided his best chance was to record and release unmarketable singles that he was sure would be badly laughable and go nowhere, thus freeing him from U.A. 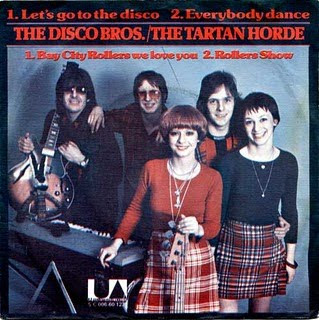 This didn't turn out as planned and the song became a hit in Japan and U.A.'s Japanese branch asked for a full album. Lowe's next single released as The Disco Brothers was a jaunty number entitled "Let's Go to The Disco." This one worked the charm and he was thrown off the U.A. label.

Nick signed up as the first artist, as well as being named in-house producer, on the brand new independent label Stiff Records, started by his pals Jake Riviera and Dave Robinson. Finally here he was able to fully pursue his fast paced musical goals and eccentric songwriting abilities. 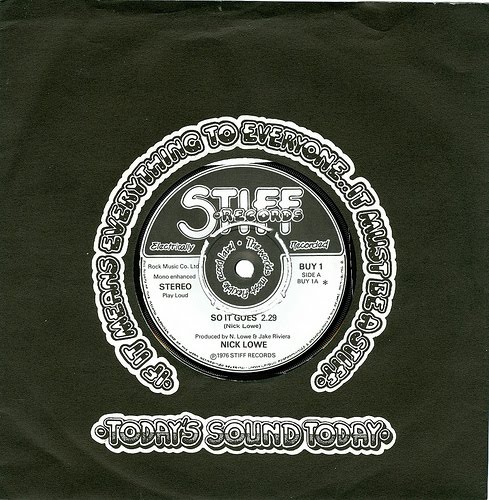 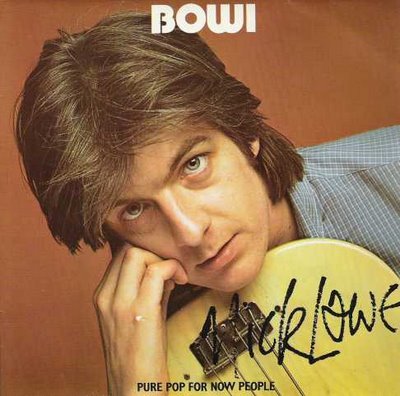 Lowe's producing style, to record fast and rough, and if needed fix things later gained him the nickname of "Basher" and it was at this breakneck furious pace, he helmed so many of the great albums and singles that Stiff Records released at the time including Elvis Costello's debut My Aim Is True. He joined fellow pub rocker Dave Edmonds, who had a band called Rockpile. This band now became Nick Lowe's backing band for his own live and recorded work. Lowe put out his own E.P. called Bowi, so named as a joke towards David Bowie who had just released his Low album (get it? he thought if Bowie could use his name, then so could he, but he also dropped the "E"). 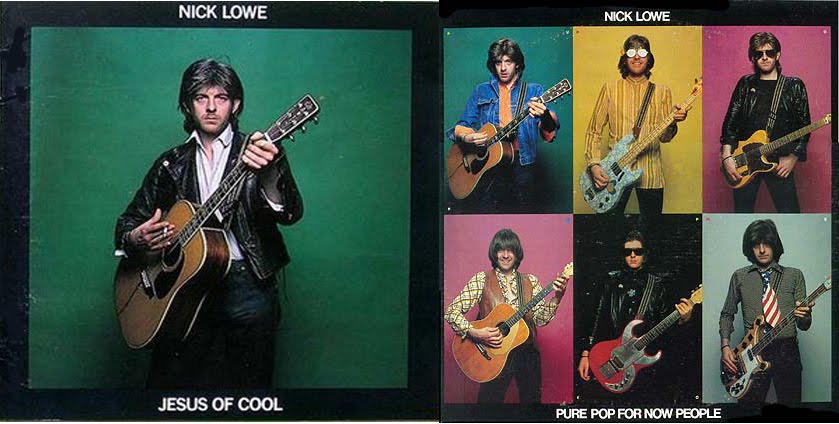 Jumping ship to Jake Rivera's newly formed Radar Records, Lowe keopt up the pace, touring, producing more Costello albums, and his own debut called Jesus Of Cool (in the U.S. it was called Pure Pop For Now People) recorded with various musicians from Rockpile, Costello's backing band The Attractions and other pub pals. With the single "(I Love The Sound Of) Breaking Glass" Lowe had his first U.K. Top Ten hit and a fantastically diverse album filled with outstanding songs. 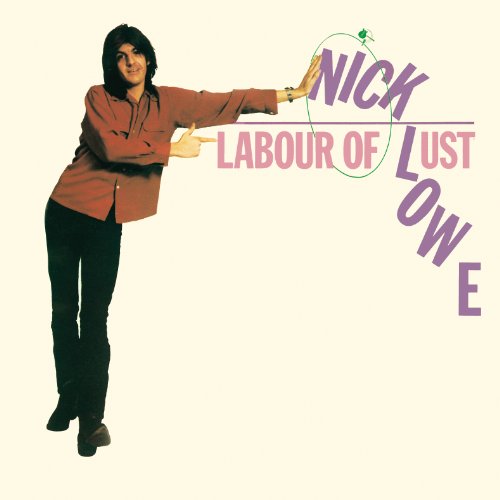 Nick Lowe's second solo album, once again backed by his chums Rockpile, is 1979's Labour Of Lust which just saw a reissue after 21 years of it's last reissue, with those 1990 copies fetching insanely high prices until this newest and best version.

Labour Of Lust continues in a similar way to that of Jesus Of Cool, but even more concisely held together as an album, with clever pop eccentricity, witty lyrics and a sound that is never fully rock and roll, pop, roots, or country, as it embraces everything that Nick always had his musical fingers into from the start. With the same musical fresh take on the past and exciting momentum that he helped to usher into the new music of the time—we'll still call it New Wave.

With the opening track, "Cruel To Be Kind" a reworked song from his Brinsley Shwartz days and co-written with Ian Gomm, from that same band, Lowe managed to scrape the Top Ten Billboard charts peaking at a respectable #12 and ensuring that his still most famous song in this country would get radio airplay to this day somewhere in the world. The video was in heavy rotation on MTV at the time and featured a reenactment of his wedding to Johnny Cash's stepdaughter Carlene Carter Cash, while Rockpile bandmate Dave Edmonds played chauffeur. 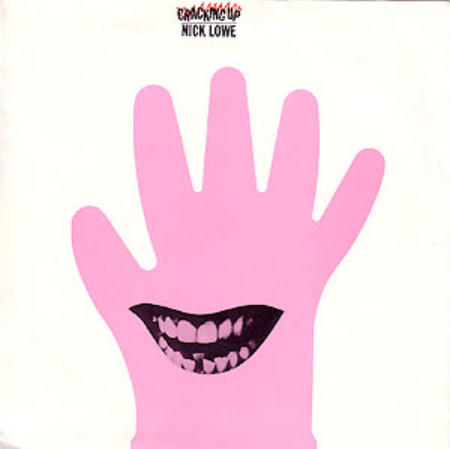 Labour Of Lust is a treat that still has such a crisp set of atypical pop songs that often come across happier than they really are—paranoia at its most bouncy in "Cracking Up," "Born Fighter," "You Make Me," are all relationship songs that skewer the typical love song. Elvis Costello and The Attractions guest on "American Squirm," and with "Dose Of You," Lowe gives us one of the better titles dealing with a relationship.

That is until "Big Kick, Plain Scrap" one of my faves on the album. A Mardi Gras drum beat and simple repetitive instrumentation immediately make this a groover, and the lyrics, as is often the case with Lowe (check out "Mary Provost" from Jesus Of Cool), reveal the darker settings revolving around a relationship that Lowe seemed to revel in at this time.

Though of course a double-edged sword health and mental fragility-wise, Labour Of Lust is an album fueled by the recreational stimulants that were a part of many musician's lives and the records they were making at the time—days filled with constant touring or recording (the insanity of the Live Stiffs tour for instance) while hopped up on amphetamines, alcohol, reefer, cocaine, and the energy (or hangovers) that these drugs provided. Fascinatingly fertile times that have left us with such classic albums as this and so many others of the period. 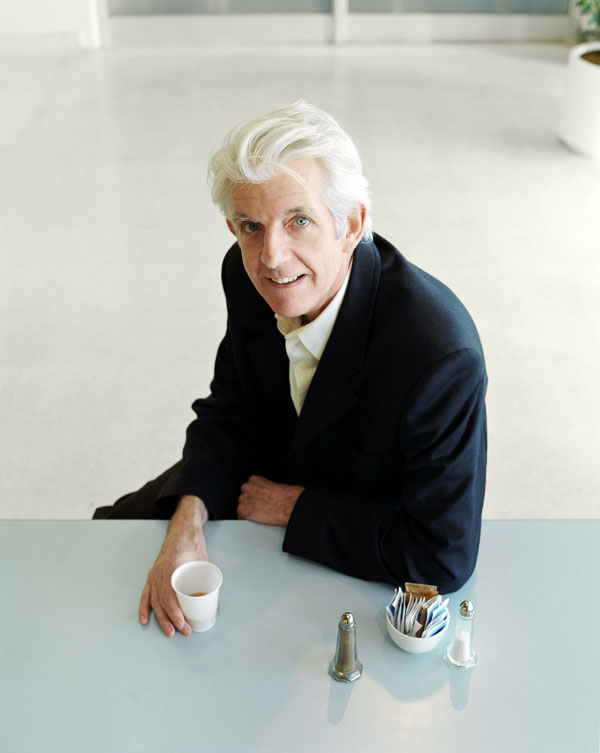 The pace can't last forever, and these days Nick Lowe is still releasing great albums and occasionally touring, morphing more into a balladeer drawing a composite of the British and Irish folk, American country, roots rock, folk, R&B and soul that he always embraced and loved.

A long way from being "Basher" out to make pop hits.

In a New Yorker interview Lowe spoke of never looking back or trying to recapture his power pop days, "...sticking with what you did when you were famous". "I didn't want to become one of those thinning-haired, jowly old geezers who still does the same shtick they did when they were young, slim and beautiful." he said. "That's revolting and rather tragic."

Of course it helps an artist to not have to revisit the past when that past has been so rewarding for you... 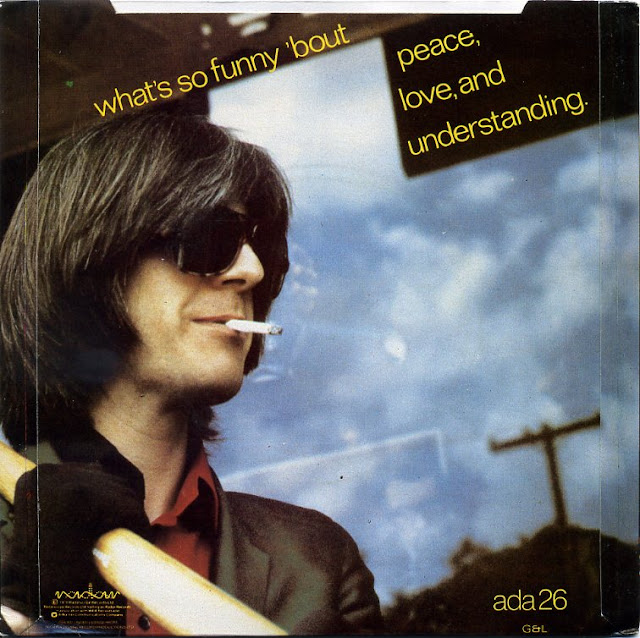 "(What's So Funny 'Bout) Peace, Love and Understanding" was another early Brinsley Shwartz number that was later rerecorded as a B side of Nick's "American Squirm" single and originally credited to Nick Lowe and His Sound. It was basically an Elvis Costello and The Attractions number with Elvis singing. When the song became a hit, it was added to the end of Costello's Armed Forces album also from 1979.

Fast forward to 1992 when Curtis Stiger covered "(What's So Funny 'Bout) Peace, Love and Understanding" for inclusion on the soundtrack to the film The Bodyguard starring Whitney Huston and Kevin Costner. The soundtrack went to number 1 worldwide, sold over 17 million copies at the time, garnered Grammy Award Album Of The Year, and innumerable other awards.

It has since gone on to become the best selling soundtrack album of all time with current sales at over 44 million.

Nick Lowe became a wealthy man and I imagine the ongoing royalty checks from this one song is enough to keep him happy doing whatever music he chooses to do now. He occasionally does pull out a chestnut from the past. I've heard he'll pull out "Cruel To Be Kind" in concert albeit as a much reworked version.

Labour Of Lust and Jesus Of Cool have both been lovingly restored, remastered and include all tracks from both U.S. and U.K. versions as well as in the case of Jesus Of Cool, a plethora of bonus tracks. Released by the fine folks at YepRoc Records who really do a magnificent job restoring classic albums such as this, as well as lovingly releasing newer works by Nick Lowe.