MAURICE GOSFIELD: From Private Doberman to Benny The Ball

From Private Doberman to Benny The Ball

There are few character actors in the history of television that can equal Maurice Gosfield.

He had a screen presence that is still unmatched and a voice so distinctive as to lend itself to that of a timelessly beloved cartoon character. 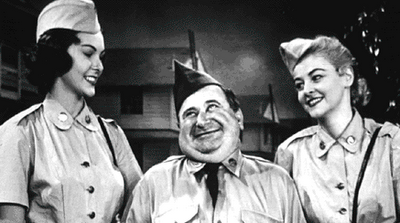 With his 5'4", 200 lb. stature, and devil may care good looks, Maurice Gosfield took over Hollywood and became a man that women swooned over, children called their hero and men dreamed of emulating.

Maurice Lionel Gosfield was born in New York City, grew up in Philadelphia and Illinois, studied theater in Chicago and in 1930 joined a touring actor's group before serving in WWII where he rose to the rank of Sergeant in the 8th Armored Division.


While in the army, he did some acting (He is reported to have entertained his fellow servicemen with a little Shakespeare) but returned to it full time in the early '50s. He was fired from Milton Berle's radio show and after an aborted attempt to start up another radio show, this time with Phil Silvers. Luckily, a few years later, a writer from the Berle show, the legendary Nat Hiken, remembered "Maury" when he was casting for a new sitcom show that would be co-written and created by Hiken and Phil Silvers.

At the open casting call, Phil Silvers saw Gosfield and remembered him, not quite so fondly: "No, no---not you! What are you trying to do, ruin me? You want this show to be cancelled too!!"

However, you don't say no to a man such as Maurice Gosfield, and he was hired and cast as Private Doberman for the entire four year run of You'll Never Get Rich (1955-1959 with 143 episodes and a '59 special) which later became titled and better known as The Phil Silvers Show (sometimes also called Sergeant Bilko or Bilko in reruns over the years).

Phil Silvers as United States Army, Master Sergeant Ernest G. Bilko, became the ultimate con man with a heart of gold and turned his show into a huge success. For three years 1956, 1957 and 1958 the show won Emmys for Best Series and Comedy Writing, was nominated for numerous other Emmy Awards (Gosfield nominated but did not win in 1959 for Best Supporting Actor, Continuing Character, in a Comedy Series) and Silvers won an individual Emmy for himself and Nat Hiken, one for directing. You"ll Never Get Rich was purposely filmed in New York rather than on the West Coast where most television shows were now being shot. Really, one of the main reasons that it even ended after four years was because there were so many guest stars and secondary characters with speaking roles, it became such a costly show to produce (and never because of any ratings decline).

Bilko and his men, which included Corporal Rocco Barbella (the great Harvey Lembeck) and Corporal Steve Henshaw (the legendary Allan Melvin), were part of the barracks' motor pool for Fort Baxter, Roseville, Kansas and who seemed to do little army work, mostly taking part in Bilko's shenanigans and schemes of getting rich at the fictional U.S. Army base. Guest stars on the show were as numerous as the petty schemes: Dick Van Dyke, Fred Gywnne, Alan Alda, Paul Lynde to name only a few.

It was Maurice Gosfield as the sluggish, dim-witted, naive and yes—slovenly Private Doberman however, that helped to push the show into the stratosphere of popularity. On screen, a glimpse of Doberman, whether he was featured in an episode or merely had a small walk on appearance, offered a charismatic and head shaking quality that was impossible to ignore. 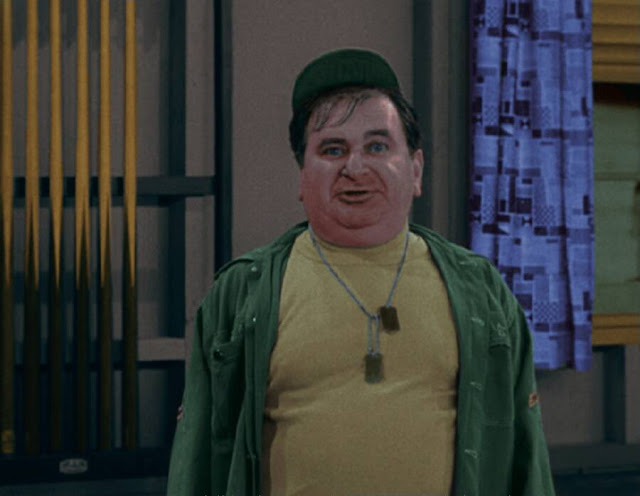 A mixture of say, Edith Massey as The Egg Lady in John Water's Pink Flamingos, Harvey Comics' Sad Sack and Jim Morrison in The Doors, a viewer will find themselves glued to his every word, his every action, and ultimately his every brilliant nuance.

What made Doberman so visually appealing?

On one episode, Ernie Bilko described it this way to a beautiful socialite: "What does he look like? What does Doberman look like? How, how can I describe him to you? First you must forget all your middle class ideas of beauty, which is rapidly losing favor with the continental set. To describe him we must take a leaf from the orient. They who have mastered the arts of love, beauty as they only can. Short! With that, pulse quickening plumpness. A Buddha…..and his face, glistening as if rubbed with the mysterious oils of the East. Swarthy, greasy, if you will, but with that inscrutable air about him." 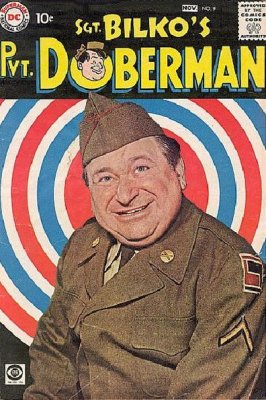 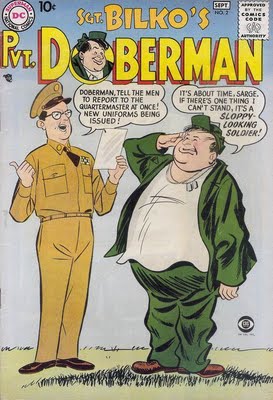 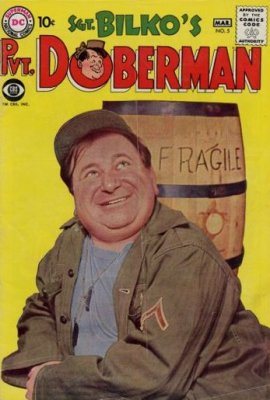 So popular was Private Doberman, he was awarded his own comic book series (Bilko had one too, but it was almost unheard of for a secondary character to have one as well) and for eleven issues 1957 to 1960 the mighty D.C. comics published Sgt. Bilko's Pvt. Doberman. 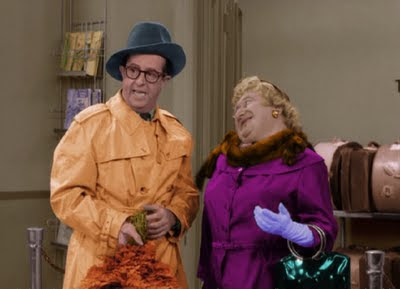 After Bilko ended, Maurice Gosfield kept acting and appeared on other television shows such as The Jim Backus Show and The Jack Benny Show among others. 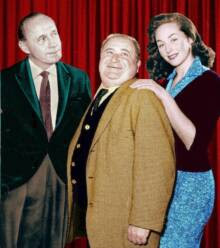 Still a major attraction for any guest appearance, a walk-on by Maurice delighted an audience that was lucky to experience this showbiz dynamo. 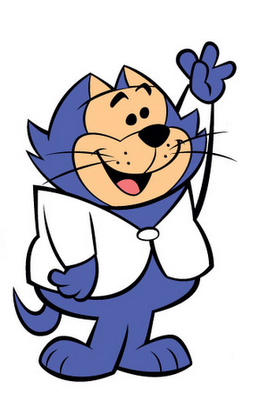 In 1961 fame again came knocking at the House Of Gosfield, and he took on the role that again would cement his legacy of pop culture superstar, as the voice for Benny The Ball on Top Cat.

For Benny The Ball, Maurice found easy money and effortless work, since Top Cat was a recreation and rewrite in animated form, of The Sergeant Bilko Show. Arnold Stang, who voiced TC, essentially lifted the wisecracking and overall scheming ways from Phil Silvers' Bilko.

Benny The Ball differed from Doberman however, He was still slow (but never stupid) and naive like Doberman, but often the most logical and possessed with great skills (a violinist for instance) and knowledge often unknown to TC and his fellow alley cats. 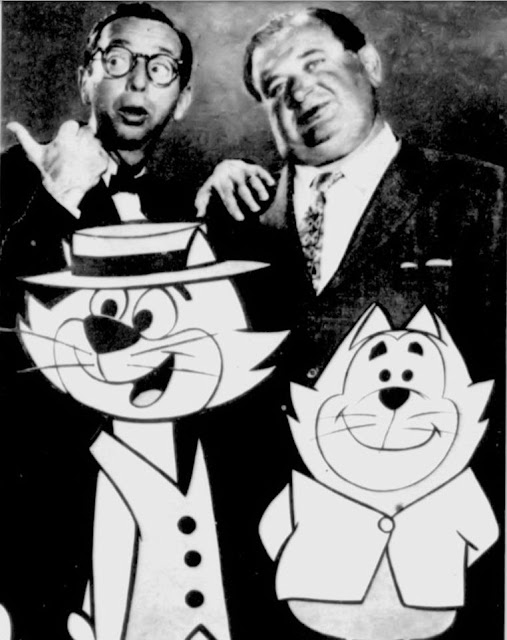 Following Top Cat, Maurice continued to act have bit parts and appear on television on shows such as The Red Skelton Show. He took a cameo role as a truck driver in the Doris Day/James Garner 1963 film The Thrill Of It All.

Maurice Gosfield even screen tested for the part of Uncle Fester for the upcoming series based on Charles Addams' cartoons, The Addams Family (ABC 1964-1966). 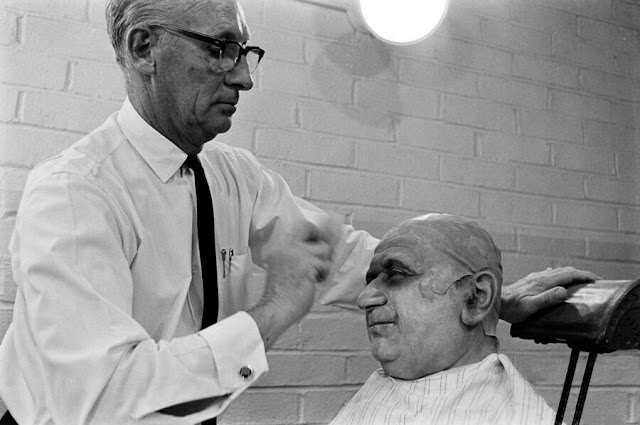 ABC wanted him, but sadly we will never know how he would have been as Uncle Fester because he took ill, could not take the role, and subsequently passed away due to a variety of health problems at the age of 51 on October 19, 1964. 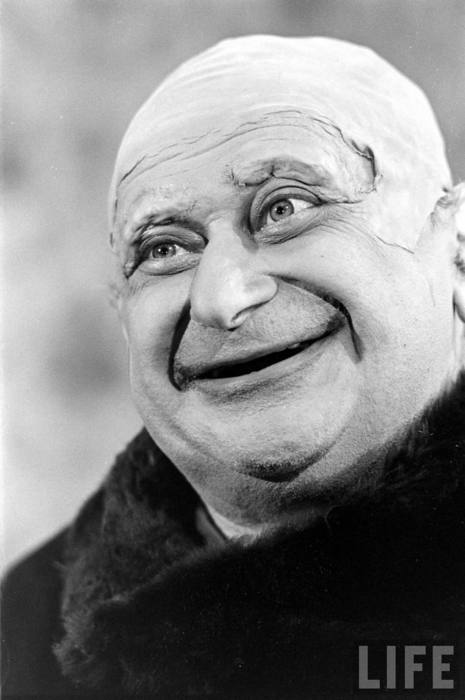 Years later, Phil Silvers said this, about Maurice, when he appeared on the Michael Parkinson television show; "He didn’t know what he was, He thought he was Cary Grant playing the role of a fat fellow. He lived the way people thought I lived; he never missed a cocktail party. If we had to do a benefit or charity show he was the safest to take. We would make the plane trips, get to the place and the next night would be the show and in would walk Duane, with one of the stewardesses. I don’t know, some women did distortion. I mean I was out rehearsing and he was out swinging…

In Las Vegas, he thought everyone should faint when they saw him. In the show, the only one who missed cues was Doberman. We protected him, you don’t know this but he never did too much, long speeches he couldn't handle. We had excuses when he blew a scene. He was once late for rehearsal and he said a priest had short hopped him for a cab. What did you mean Doberman?" (Looks up to the heavens)."

The inimitable Maurice Gosfield: far too much star for one industry to contain for very long...now he was a truecelebrity... 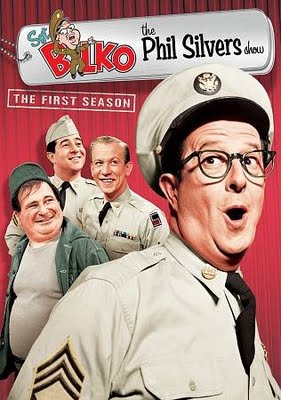 Often considered one of the funniest television shows ever, a wonderful DVD collection of the first season is now available for Sgt. Bilko - The Phil Silvers Show a.k.a. You'll Never Get Rich.