Happy Birthday to the LAVA LAMP:

In the mid-Fifties, a former WWII pilot and post-war British accountant named Edward Craven Walker was at a local English country pub called Queen's Head along with a friend, and found himself staring at a homemade egg timer made by one of the pub's regulars.

This particular object, which Walker described as a "contraption made out of a cocktail shaker, old tins and things" dated from WWII, and was filled with two immiscible liquids (liquids that do not mix together).

As the contents, "odd oily globules" were heated upon the pub's stove, the wax rose and signaled that your egg was ready.

Inspired, he purchased the egg timer/lamp and worked for a decade and a half tinkering with various liquids and containers in an attempt to create a better version. He achieved his goal in 1963.

Walker filed a patent for a "Display Device" in 1965 and but had already started merchandising his creation in September of 1963 as a company called Crestworth Ltd. using the name Astro Lamp.

Initially, shop owners were appalled at what they considered such an ugly lamp, but Walker tenaciously continued to market his invention.

The Astro Lamp would appear early on in episodes of the legendary British television show The Prisoner, as well early Dr. Who, and this would help to increase the coolness factor for the lamp, and as psychedelia was also rapidly on the ascent, the Astro Lamp would soon become a sensation with anyone tuned in and turned on.

Walker would add "If you buy my lamp, you won't need drugs... think it will always be popular. It is like the cycle of life. It grows, breaks up, falls down and then starts all over again."


The popularity for the Astro Lamp would continue to soar through immeasurable design and style changes, additional models, other associated lighting products and reworked wax-based formulas.

As this early advertisement below shows , even early on a number of options were available. Later, the floodgates would open to a huge number of various styles, shapes, colors and sizes. 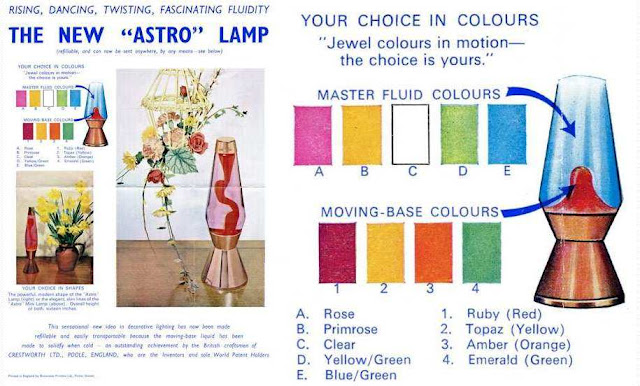 In 1965 Walker licensed his Astro Lamp creation to an American manufacturer who would market the lamp in the U.S. as the Lava Lite for the Lave Corporation. Hence the name "Lava Lamp" would stick as a name for these lamps for U.S. fans, while throughout the world they would continue to be marketed as Astro Lamps.

Sales of Astro Lamps was immense during the mid to late Sixties and in the Seventies. It seemed as if every home had one along with a black light and some incense.


Though Lava Lamps would never go away, they did fall out of the public consciousness in the Eighties. Eventually in the early Nineties,  there would be a re-branding of the lamp and a company name change for Crestworth Ltd. who decided on using a name that is still their company name today, Mathmos.

As obscurely compelling a name, as it is mightily groovy, Mathmos was the name of the bubbling lake of lava beneath the city of Sogo in the Roger Vadim/Jane Fonda cult wonder 1968's Barbarella.

Helped immensely by the Nineties revival of all things Sixties influenced with various elements such as Lounge Music, Space Age Bachelor Pad styles, Exotica and The Austin Powers film series playing into the resurgence, Lava Lamps once again became a popular item and to this day have become as iconic as a Coca-Cola sign.


Strangely enough for the story of the Lava Lamp, though original inventor Edward Craven Walker (1918-2000) made his gigantic fortune via his Astro Lamp creation, his first and most beloved passion was as a Naturist a.k.a. a Nudist.

Walker was one of the first dedicated Nudists, setting up Great Britain's first and largest nudist camps, Matchams in Hampshire, and became a pioneer in film as a film director of some of the earliest nudist films.

Working under the pseudonym Michael Keatering, Walker directed Traveling Light (1959), the legendary landmark film that ushered in the entire interest in all things nudist and was the U.K.'s first nudist film to receive a public release. The film is called "an underwater ballet" and was filmed off the coast of Corsica.

At the time, with his work being so taboo, the censor's scissors and the illegalities of the subject matter was skirted by Walker because he did not show pubic hair in his films.

Walker's various Naturist films are still available to purchase, if you know where to look! 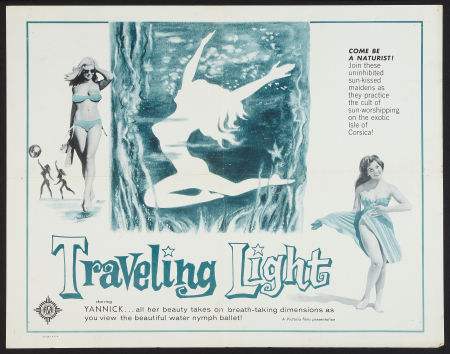 It makes perfect sense that the creation of the Astro Lamp/Lava Lamp, such a sexy symbol of all things psychedelic and far out, would emerge from mind of a genius with a passion for nudity...I mean nature. 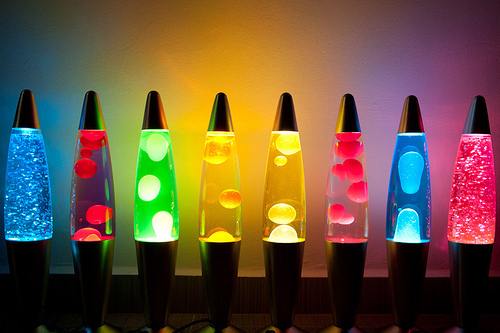 So Happy Birthday to Astro Lava Lamps everywhere, and a big Thank You! to that visionary of bubbling color, Edward Craven Walker.

May your invention continue to delight, intrigue and mesmerize the millions for decades to come, and may it always be just as fascinating a subject as your other great love, the nude body
on October 08, 2013