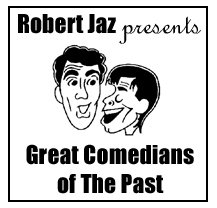 Welcome to a new column feature that I will be often revisiting here at The Mystery Box...Great Comedians Of The Past.

With this feature, I look forward to paying tribute to the many wonderful actors and actresses of comedy who have helped me to laugh throughout my life, with the hopes that you may find a particular one that you may have not known of before and will add to your own list of favorites.

Warning: Obscure and yet, not so obscure, comedic character actor alert!

GREAT COMEDIAN OF THE PAST #1: FRANK NELSON

Frank Nelson was an early radio and later, television comedy great. He not only earned a permanent place in the illustrious history of both mediums, but also has forever become one of those singular talents with a memorable and legendary catchphrase that will forever be known for generations to come. He was born Frank Brandon Nelson in 1911 Colorado. It was in 1926 while still a very young man traveling to Denver that he landed his first acting gig for radio, beating out 30 other guys for a role portraying a married 30'ish guy (to, as Frank put it, "a lovely 32 year old redhead"). This rather enjoyable opportunity (you do the math) ignited his flame for a show business career.

Migrating to Hollywood in 1929, he did various leading man roles for local drama productions and also, doubtlessly because he always had a remarkable and very recognizable voice, soon after broke into radio via some work as an announcer. 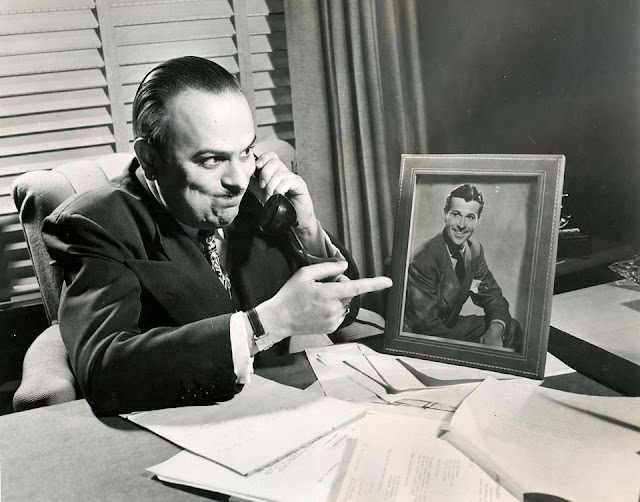 In the early 30's Frank was getting steady radio work in the two occupations that he maintained throughout his life, an actor and an announcer. He was working for a number of stations, and the RKO Network on their Hollywood On The Air program where luckily, he always managed to get some very good acting spots filling in when a show's guest star failed to show up.

In 1934 Frank was on an ever increasing number of lofty and well known radio shows, and for the first time appeared on the one where he would create his most famous character and tagline, the hugely influential radio show, Jack Benny.

It was working on Jack Benny's show that Frank developed the role for which he became famous...a rude or very obnoxious store clerk or any number of other customer service employees. 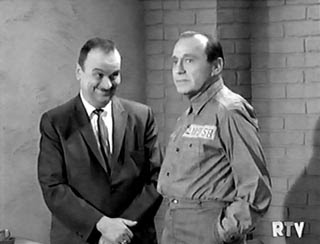 Being that his work was still on radio and his brilliant facial expressions and mannerisms could never be seen by an audience, Frank developed some characteristic lines that he could use to go along with his sassy one-liners.

He came up with one that he could use to whirl around and deliver when a customer walked up to him asking for help...

A comedy legend was born.

Frank also managed to whittle a few other good comebacks to add variety to his shtick such as "Oo-oo-oo-ooh, DO they!" 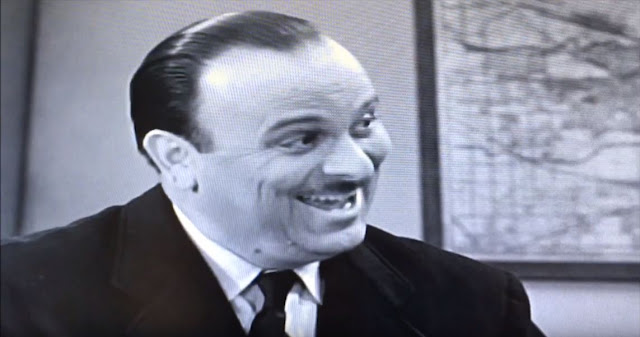 This was enough to last Frank a lifetime of work both on his many, many radio appearances and later the huge amount of ongoing work for television.

Frank Nelson appeared on 11 episodes of I Love Lucy in a variety of roles, making him instantly recognizable to generations of television viewers. 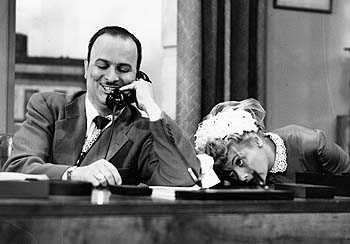 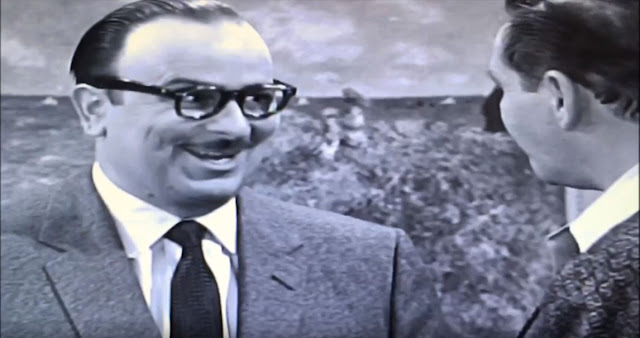 The list of sitcoms and commercials that Frank would either appear on or do voice over work for is enormous. A swing through any show from the early '80s and back could quite possibly net you a Frank Nelson cameo spot.

The greatest star of animation voices (and another Jack Benny Show co-star), the legendary Mel Blanc, was such a fan of Frank's work that he often would slip in an homage to Frank throughout his cartoon work. So if you're one day watching a Bugs Bunny short, you may easily come across Bugs doing his best whirl around "Yeeeesssss?" 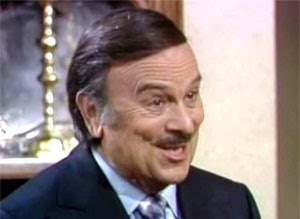 Frank Nelson continued to work right through to his death at age 75 in 1986. He made so many appearances, his voice has been used so often and he has been parodied and spoofed by so many comedy greats over the years it is actually difficult to keep track of them all.


I can recall Frank appearing on a number of episodes on one of my all time fave shows, Sanford and Son. He also voiced many a rude clerk on The Flintstones, usually tormenting the ever hapless Fred.

Frank guested in a brilliant spot on SNL in 1981 where he appeared alongside Tim Curry who was portraying Mick Jagger as host of a television special called, Mick!

If all of this were not enough of a big career, than perhaps being immortalized as a character on The Simpsons is: 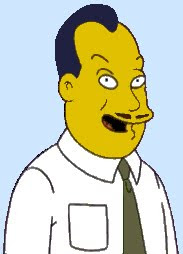 He lives on in a character known as the Frank Nelson Type a.k.a. "Yes Guy".

Frank Nelson is truly one of the most recognizable voices and character actors of all time. I am extremely proud to include him here as my first of the great comedians that I will be bringing you in future installments.