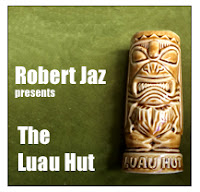 While he didn't win (this was his second time being nominated!) in a recent interview, Duke humorously took the entire event in stride: As both a great thing to be nominated for an award with so much attention and positive recognition of the music he is making; and being invited to attend the ceremony, with an aisle seat no less, that allowed for a clear view of all the flashy big celebrities to stroll by.

I believe Duke termed the whole experience sort of "ridiculous."

Duke Robillard is one of those homegrown, self taught musicians that has achieved the mighty. 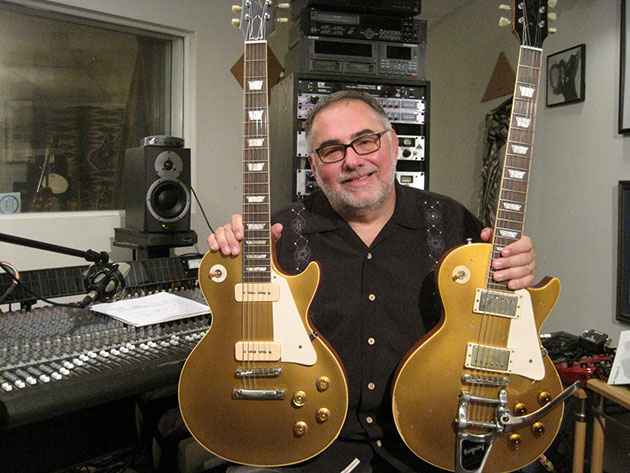 Since his earlier days of founding the horn-laden big band, Roomful Of Blues, there is very little that Duke hasn't been able to get done. There is what he has achieved with his music, a blending of organic roots styles and mixing of genres such as blues, jazz, rock and roll, pop and every sub genre in between.

He's reached into the great, and lesser known songbooks of the past, won prestigious awards such as the W.C. Handy Award twice, and been hailed by, and called upon to record and/or perform with musicians such as Bob Dylan (Duke recorded several tracks on Dylan's 1997 album, Time Out of Mind, which DID win some Grammy Awards), Tom Waits (Duke did dates for Tom's Orphans tour), Jimmy Witherspoon, Pinetop Perkins, Arlen Roth, John Hammond among others, and at one time was called in as a guitarist in The Fabulous Thunderbirds.

A pretty staggering list for someone that has come back to call the smallest state in the country his home once again where he now once more resides and records.

My girlfriend, Emily and I recently attended the release for Duke's newest album, Tales From The Tiki Lounge,and in a setting filled with a Polynesian atmosphere of faux Hawaiian leis, Scorpion Bowls and sitting in a crowded room of delighted music fans, the concert couldn't have been more wonderfully appropriate.

As John Chan rushed around resplendent in his psychedelic Chinese jacket accommodating his patrons with any seating needs and other varied hosting duties, Duke and his ensemble, served up a sublime concoction of selections from the album as well as a few song choices from Duke's vast menu of songs. To experience Tales From The Tiki Lounge at Chan's could really not have been a more fun or at home night out. 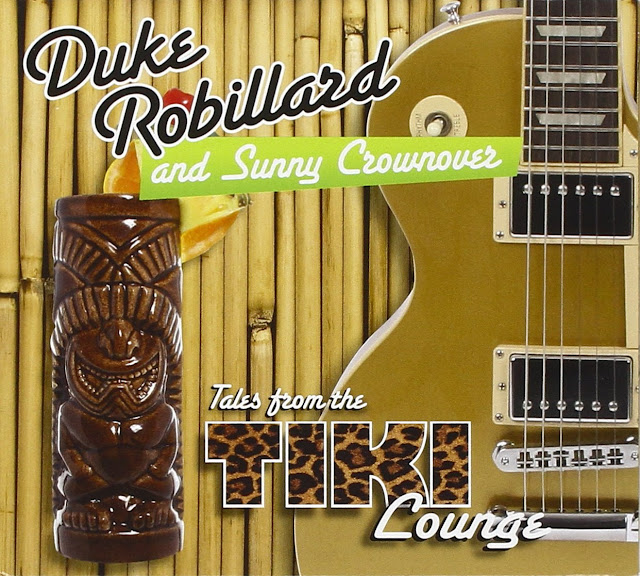 In the liner notes Dukes describes the idea of this album "...as a sort of tribute to Les Paul and Mary Ford, then morphed to a more "lounge" concept and then changed back again into a Les Paul tribute."

Recorded and produced by Duke at his home studio, Tales From The Tiki Lounge has a crisp yet rather warmly lustrous sheen, an almost seedy sound that is completely in keeping with the atmosphere of the original recordings and the intended feeling of an early '60s style Tiki bar. 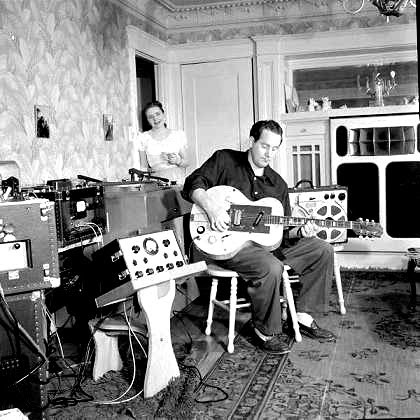 
Remarkably in the spirit of Les Paul, a musical giant whose experimentation in the field of guitar building and invention, home recording and sonic production details are as important as was his famous ability on the guitar.

The album opens with a reverential nod to Les and Mary in a spoken word "Intro" before launching into 17 tracks that include better known song classics as "Besame Mucho," "Sway" and "Crazy" along with the deep cuts that really make the album a trove of delights and discoveries, "Tico Tico," Put the Blame on Mame (part 1),""Put the Blame on Mame (part 2)," "Smoke Rings," and "Kiss of Fire."

Going in cold knowing the album title alone, I admit I was worried about who Duke would have as a vocalist for this album. Were it not for working with the right singer, in this case Sunny Crownover, this project could have easily slipped into cornball or a campy nostalgic, cheap laugh for the sack of mere kitsch. Instead, Crownover brings her own splendidly slinky styling (picture the aural equivalent of the beautiful vintage Chinese dress she was wearing for the Chan's performance) and a slightly bawdy tinge (as in the decidedly non politically correct Mae West cover, "Occidental Woman" from the album or the ode to reefer, "Smoke Rings") that enhances her singing and makes for what can be simply called a really great voice such a perfect match for Duke's astute instrumentation and what songs were chosen for this album.

As Duke remarked in his live performance, there were many extremely lascivious songs of booze, sex and other carnal adventures from the days of when these tracks were written, and while the songs on this album are a far cry from those of the really explicit kind, they still manage to convey the dark lighting, free flowing liquor and sensual atmosphere so important to the Lounge Gods of the Tiki, yet still managing to have an innocent (with a knowing wink) playful bit of fun that stands as the intended tribute to Les Paul and Mary Ford.

I am especially impressed that Tales From The Tiki Lounge encompasses more sounds and compositions, then you may expect, from the vast (and still being explored) umbrella of what can be called Tiki and Exotica music, of course it helps when you have some bongos and well placed Chinese gongs added to the overall picture.
Without once setting out to be, or simply becoming an instrumental album that pays tribute to the bird calls, erotic moaning and jungle percussive sounds that make all your Les Baxter / Martin Denny / Robert Drasnin / Arthur Lyman albums so fantastic and essential, Tales From The Tiki Lounge reveals the spirit, mood and world of this genre, and brings the blues, jazz, Latin genres and even soundtrackish elements into the fold. The very same musical elements that the above Tiki giants also were doubtlessly weaned on and fans of themselves.

This highly recommended release is available on Blue Duchess Records through Duke Robillard's official website or for speedy downloading through Amazon.
on October 07, 2013