As Chris Isaak puts it, he grew up incessantly listening to his parent's record collection as a child in Stockton, CA.

It wasn't an outrageously huge collection, but it was one that would influence Chris to this day. 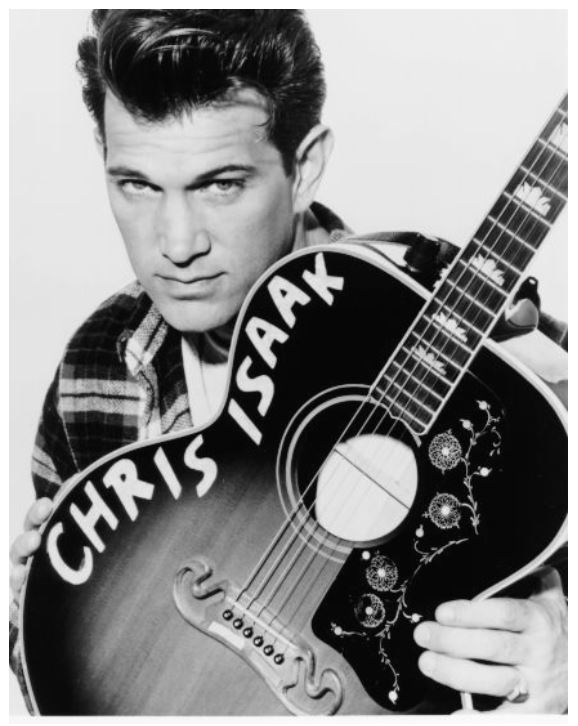 Chris Isaak has always had his feet in two worlds: One foot, in the world of the glamorous life, as an A-list celebrity, both with hit records on major labels, MTV videos directed by fashion photographers featuring him frolicking with supermodels and a prestigious acting career that gave him his own Showtime original television series (The Chris Isaak Show) which lasted for several seasons, another original TV series on The Biography Channel (The Chris Isaak Hour), and a long list of indelibly cool television and film roles that include Married To The Mob, Wiseguy, The Silence of the Lambs, That Thing You Do, A Dirty Shame and Twin Peaks: Fire Walk With Me. 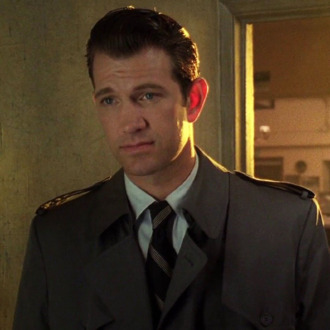 Appearing in Twin Peaks: Fire Walk With Me

All the while his other foot, the Rock 'n' Roll foot, plants Chris, the super-talented, singer/songwriter/musician firmly into a discography steeped in the grand and sometimes dangerous twang of the Rock 'n' Roll/Rockabilly/Country and Western sounds that stayed with him via those records that he grew up listening too.

I always knew that there was more to Chris Isaak than just being a pretty boy who pandered to his record company to write a few hits while scanning for supermodels at a fashion show—for one, he could give many a stand-up comedian a run for their money, not only with written material but also with quick witted improv, and I've been an unabashed Chris Isaak fan since his first album, because there was something there that said he was not a one-hit wonder, a quick money grab, or a less than talented clown who would sparkle for a few years and then fade out.

He now has many albums in his discography, with quite a few absolute classics featuring great songs that will stand the test of time.

Yet, over the years, I often grew a bit frustrated that maybe he was leaving his roots, that influence of his parent's records collection, behind. The early songs and albums were spooky at times, lonesome, dusty and far less slick affairs than some of the later ones. I'm not quite sure what it was, but he needed to deliver something that proved he was not heading away from his roots.

Not that he really ever owed me anything, or had anything to prove.

Live on tour, year after year, Chris Isaak shows are always fantastic and feature entertainment to the 10th power. They never, ever let an audience down. For almost his entire time of touring he has had the same incredibly talented band, adding a few musicians here and there, and always there is that "Good Rockin' Tonight"  fun, the plaintive vocals and a bunch of traditional gee-tar twang. 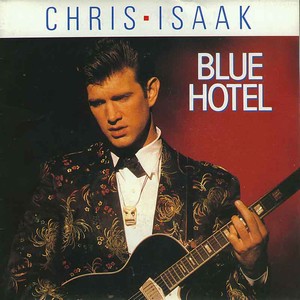 I guess I forgot that even those most coveted stars from the Sun Records and early Rock 'n' Roll era, though revered as legends now, have had moments when perhaps the showbiz side of things, or the need for a hit, overtook musical common sense and staying true to what made them so mighty. We all know the story of Elvis and the path his musical life took. Johnny Cash has his mid to late '70's albums on Columbia—albums such as Look At Them Beans—that are not on par with his best work, and is Chuck Berry's huge selling cover (originally recorded by Dave Bartholomew in 1952) of "My Ding-a-Ling" really something that he should best be remembered for?

Legends are human and fallible and you take the dirt with the flowers, and hopefully when you look at a long career there are more flowers in that discography than clunky rocks. 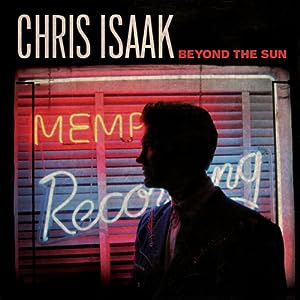 Thankfully, Chris Isaak's newest album Beyond The Sun, is a garden full of the finest flowers imagined.

Beyond The Sun is Chris Isaak's masterful homage to that record collection of his childhood, primarily featuring cover songs that were originally released by Sun Records' artists. It was recorded at the original Sun Studio in Memphis, TN. and features a whole lot of Elvis songs, songs by Johnny Cash, Jerry Lee Lewis, Roy Orbison and others.

It also is the product of a blessing from the man behind Sun Records...

While reading a 2000 Q&A interview with the late Sam Phillips, founder of the Memphis Recording Service which became Sun Studios, and producer for most of the classic Sun Records' recordings, Phillips was asked if any contemporary recording artists grabbed his attention.

His response blew Chris Isaak away. "I don't keep up with the business like I used to," said Phillips, "but I love to listen to Chris Isaak. He's very talented, and his music is so damned honest. It's incredible."

Truly, Beyond The Sun, in its 2 cd version (a single disc version is also available but you really need to spring for the 2 disc, extra 11 songs version) is a marvel. At no times nostalgic, it is a Chris Isaak album through and through and an outstanding Valentine to the wonderful songs and artists that are covered.

In concert over the years, you would hear a few of these songs covered by Chris and they always seemed dead-on right. Chris Isaak has always been blessed with a voice that can share a space with Roy Orbison, Jerry Lee Lewis and Elvis, so this album is a perfectly logical step and could not have come at a better time to introduce any newcomers to this genre.

For his ongoing tour in support of this album, Chris and his band have been including venues that they never had played before. Almost like a back to the beginning feel that returns Chris to places that resonate with the material he is performing from this album.


Seeing the Chris Isaak band this past Saturday at the outdoor venue, Indian Ranch in Webster, MA (an outdoor stage on a lake, amidst a 1940's campground styled setting) was as remarkable as how they nail these songs in concert.

Here, among the bikers, country and western fans and war veterans, was a pleasant change from some of his past tours that seemed to include an increasing number of moderately interested corporate clients with free passes or folks who would rather be at a Jimmy Buffett show but had to use up their season tickets.

Though Chris Isaak never really left us, and so many of his original songs, classics such as "Western Stars" and "Blue Hotel" will be covered by many future talents, still, with Beyond The Sun it feels as if Chris Isaak has triumphantly returned home.

A musical home that gave him all that has made him so special in the first place.