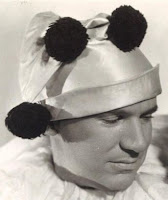 Most folks are familiar with the famously talented Rube Goldberg.

Goldberg's iconoclastic comic strip drawings for his character, Professor Lucifer Gorgonzola Butts'-better known simply as his "Inventions"-still delight, bemuse, entertain and provide the inspiration for competitions worldwide for their attempt to make complex, the very simple.


What is not often known is that these two famous names came together in a 1930 Goldberg scripted feature film entitled, 'Soup To Nuts.' 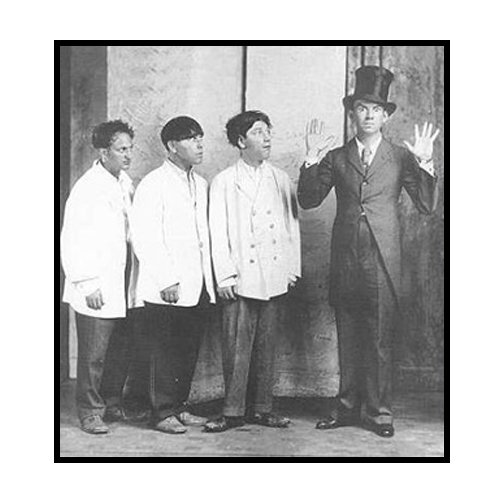 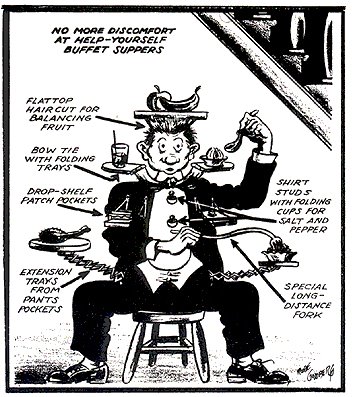 Rube Goldberg, born Reuben Garrett Lucius Goldberg (July 4, 1883 – December 7, 1970) had found success as a sports cartoonist, and then creator of a handful of comic strips for which he found syndication with the McNaught Syndicate from 1922 until 1934. No doubt it was his brief work as an engineer for the city of San Francisco's Department of Water and Sewers that helped him devise his most famous invention drawings. 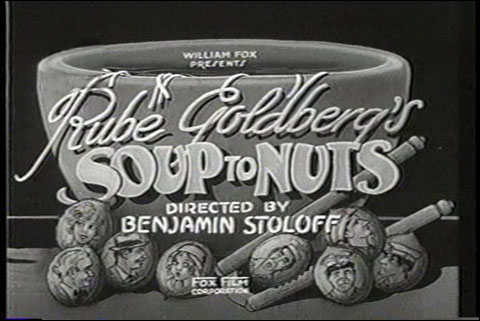 His Soup To Nuts film pits Healy as a salesman for the Schmidt Costume Shop where elderly proprietor Otto Schmidt spends the majority of his time creating and tending to his Goldberg designed inventions and machines, while his costume business slowly sinks into bankruptcy and falls into the hands of his creditors. 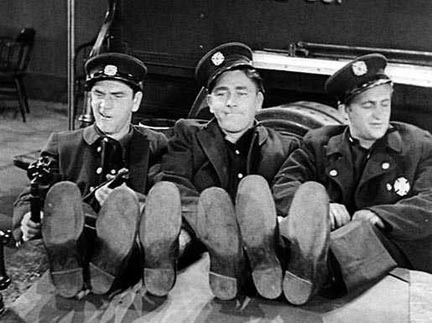 Meanwhile Healy enjoys most of his time at the local firehouse where the Three Stooges work as firemen. Shemp, who had found some fame already in feature films is actually billed first and featured as the leader of the team. It was later, after Shemp left the Stooges for more film work and younger brother Curly (Jerome Lester Horwitz) joined, that Moe became the inimitable leader. 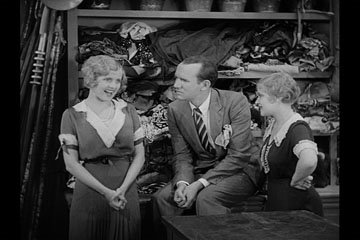 Identity switching, romance, costume uniforms for a revolution to be led by General Avocado and a great fire that has to be put out via of course, one of Old Man Schmidt/Goldberg's machines, makes this 70 minute film both a unique curiosity and a fun romp. 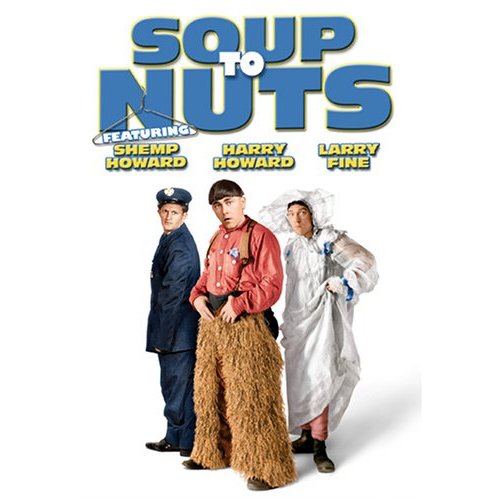 At one time thought to be lost forever, thankfully, the film is available on dvd in all its restored wonderful black and white wonder (not colorized or in color as erroneously stated in the product details).

For any fan of The Three Stooges it is a nice look at the fledgling group before they would become superstars, for any fan of Rube Goldberg, a wonderful way to see his visions take life on the large screen, and a great entry for anyone with an interest in the historical links between early comic strips and live action film.