JAWS WEEK: A Tribute to the Scare of '75

JAWS WEEK: A Tribute to the Scare of ’75 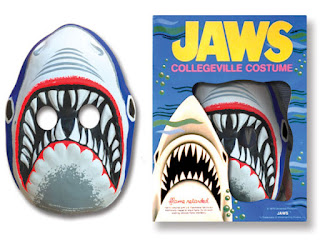 The mere mention still brings me back to the days of 1975 when it was the scariest film of the year.

The film was the first true summer blockbuster, and a cultural giant of a movie about giant of a shark that radically changed and forever crushed our innocent view of a happy day at the beach.


As a kid I grew up by a beach and spent much of my outdoor time swimming in its water and goofing around on the sand. It was the days of carefree (and legal!) bonfires, diggin' up cool "stuff" and consistently being amazed at the hundreds of primitive monster-like horseshoe crabs that would wash ashore each year.

Little did I know that the most amazing of all monsters of the sea was soon to be unleashed upon us all. 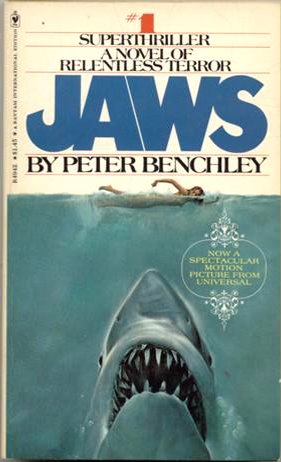 In 1975 on my summer vacation from school, I both saw Steven Spielberg's film and read Peter Benchley's best selling novel that had sold in mega numbers the previous year. This double whammy of an assault known simply as JAWS, pretty much affected me the same way it was affecting millions upon millions the world over: you were scared out of your skin to be in anything that was (or hell, even resembled) a large body of saltwater. 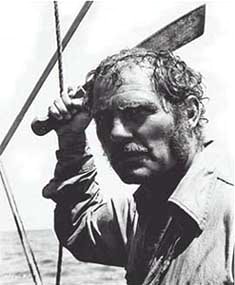 If you went swimming in the ocean—or in my case, Narragansett Bay which then opened out to the Rhode Island Sound and became the Atlantic Ocean—there was no distraction, no remembering the happier days playing with GI Joes or floating on inner tube rafts, and no way to stop thinking that a huge man eating menace would soon enough sidle up to you and have his way with your small, helpless little insignificant self. If it didn't happen today, then tomorrow or at some point in the future. There was no escape. If you wanted to play in the water, you risked paying for it through the horror of a visit from THE GREAT WHITE.

It took a long long time for these fears to subside, and to be truthful they never have left me completely to this day. Somewhere in the back of my mind, forever lurking, forever encircling my splish splashing self awaits nature's terror. 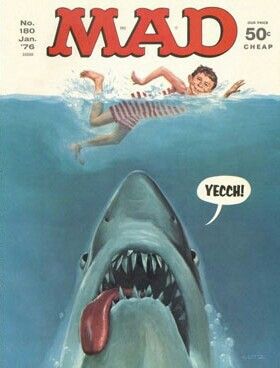 Fortunately, the summer months passed and I was able to at least find less of a reason to so heavily dwell upon the imminent shark attack and instead turn to thoughts of avalanches, alien invasions, and just when the sun would finally explode.

So while JAWS easily eclipsed anything else that captured my attention during that wonderfully frightening summer (and also managed to return year after year with a similar power) still, I was able to move on to other cultural obsessions that would haunt me and vie for my imagination's precious time. 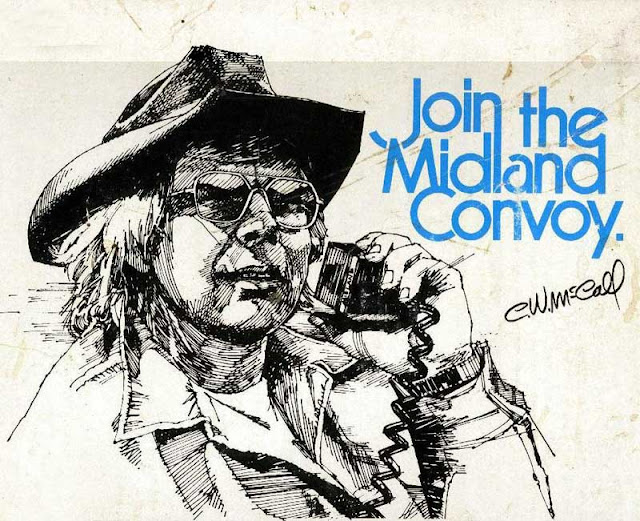 In November of '75, C.W. McCall's goofy song "Convoy" was a huge hit. Appealing to me was the song's enticing world of truck drivers communicating with each other via their mighty citizen's band radios whilst participating in any number of laugh riot madcap trucker adventures on America's highways. The fact that these truckers had plush mini apartments replete with bed, stereo and television in their truck cabs, only fueled my interest in this zany lifestyle.

OK, not quite the same as the fear of getting attacked by a great white, but at least they were on dry land and for the most part benign creatures...

Then again, there was Steven Spielberg's 1971 TV film DUEL where innocent driver Dennis Weaver is pursued by an unseen, maniacal trucker.

Damn, back into the water I guess... 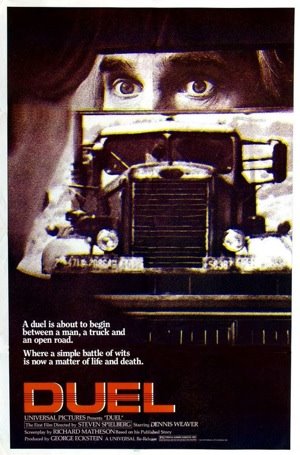 My good friend, illustrator, musician and phenomenal painter of speed boats, cars and whatever else you may need his fantastic graphic services for, Graham Batting, passed along this incredible photograph of the mechanical "Bruces." Accompanying the photo are Graham's own comments about that day the picture was shot. 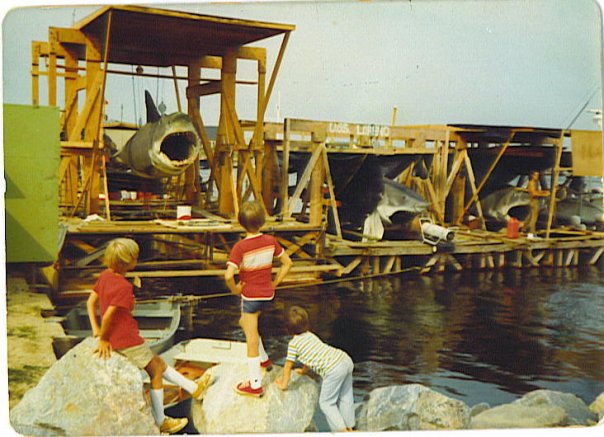 "Me (left), my lil' bro Brian, and lil' sis Ashley in Martha's Vineyard 1974.
We were not supposed to be here and the guy on the dock
started trying to get to us when he saw my dad snapping pics.
Dad said, "Get in the car kids!" and we hot-footed it outta' there."
on November 10, 2012