TOP 13 PHONE BOOTHS: A TRIBUTE TO BOXES OF COOL

TOP 13 PHONE BOOTHS:  A TRIBUTE TO BOXES OF COOL 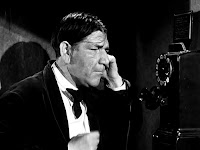 The other day while driving around town, in an area that could also be called the wrong side of the tracks, my girlfriend and I were surprised to see an actual pay phone booth that not only still seemed to be in usable service, but it also had a door for privacy!

If you really look around they are still out there, as are public telephones sans the booth part, but they are fast becoming both obsolete and some, very rare objets d' art.

These days I would wager that the majority of folks around the world in most developed or even semi-developed nations, own and use a cellular telephone.

Most people no longer own land lines, and therefore very few people find the need to use a public telephone. I am positive that there are some people alive today who do not even know what one is.

First, a brief timeline of the history of the payphone/the phone booth. Thanks to the American Public Communications Council and AT&T for this info:


Here then, are my Top 13 selections for some of the coolest or most important phone booths I could think of. You really could juggle anyone of these, so really they are all my number ones. Some are extremely relevant to pop culture, and some are artistically beautiful boxes from out of the past... 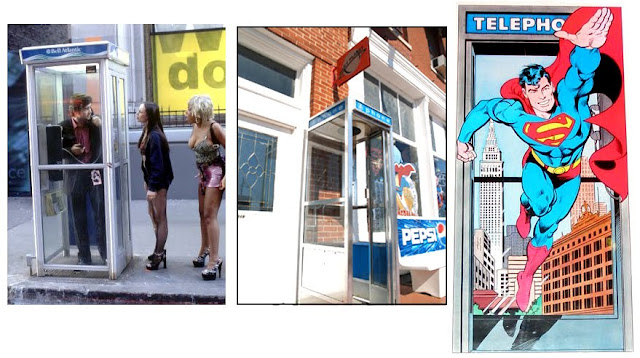 The typical 20th century American booth. For many decades a classic Manhattan staple, this glass paneled, vertical hinged door booth allowed Clark Kent a means to slip away, sneak inside, tear off his glasses and reporter suit, and become our fave man o' steel. 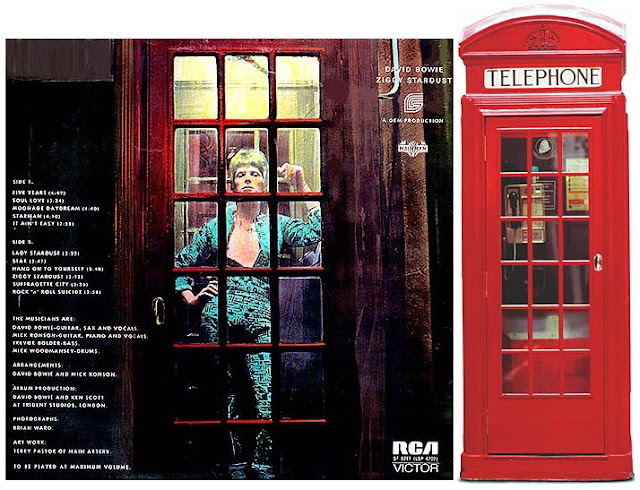 This iconic British red K2 (Kiosk 2) telephone booth, introduced in the U.K. in 1927, allowed David Bowie a prop with which he could slither inside, tear off his old Hunky Dory clothing and emerge as international glam-rock superstar Ziggy Stardust. His backup band The Spiders From Mars may or may not have also frequented this fabled booth. 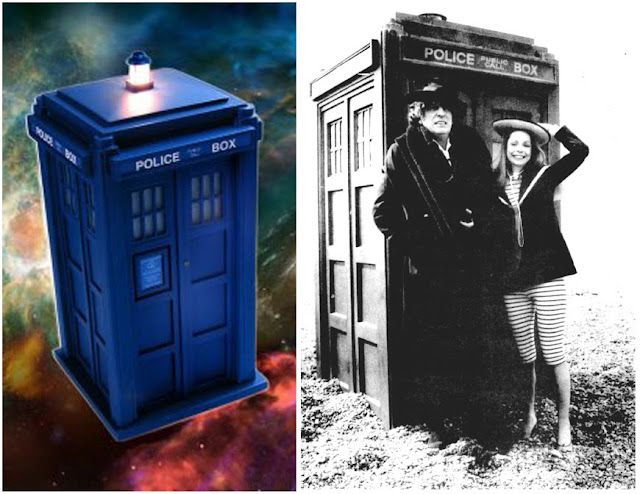 For the first appearance of the Doctor in 1963, when seeking to come up with his spacecraft while also keeping the production costs within budget, it was decided that a British Police Box (common to the U.K. at the time) would become the design for his time machine/spacecraft. The TARDIS (Time And Relative Dimension(s) In Space) would since become synonymous with all things Dr. Who from past to present. Technically, not a public pay phone, they were mostly for use by a policeman as a direct link to telephone his station, but they could also be used free of charge by the public needing to contact the police. More details than you will ever want as far as the complexities of The TARDIS within the Dr. Who universe, can be had via The TARDIS Handbook website, located here and you can build your replica life size model by going to this site.

I never tire of seeing this style of exquisite booth. Used in countless films and television episodes. Film Noir would be lacking without one of these. A piece of furniture to forever behold. You can sometimes still find one of these gems in nice condition within an old hotel or restaurant, and sometimes as a treasure located within a collector's home, as shown here. 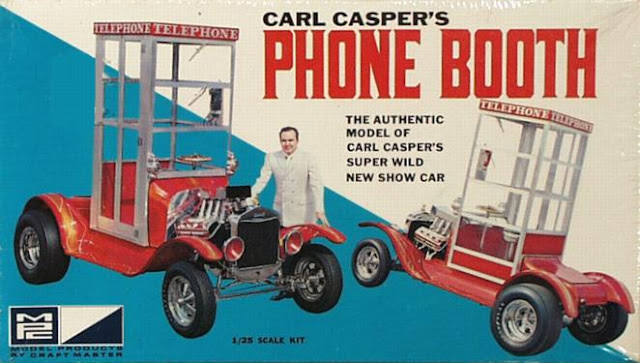 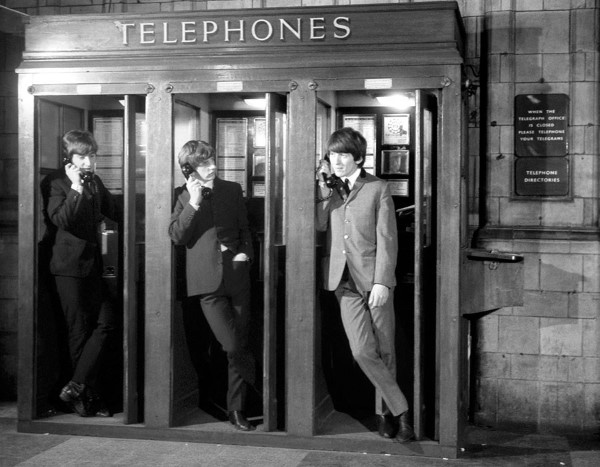 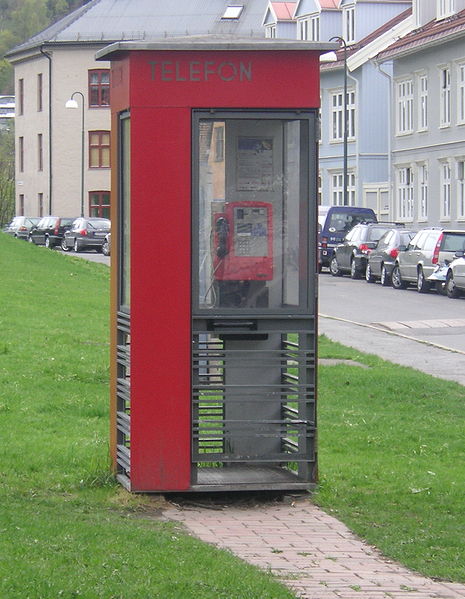 A very groovy Norwegian "Telefon" booth, located in Oslo. This booth was designed in 1932 by architect Georg Fasting. 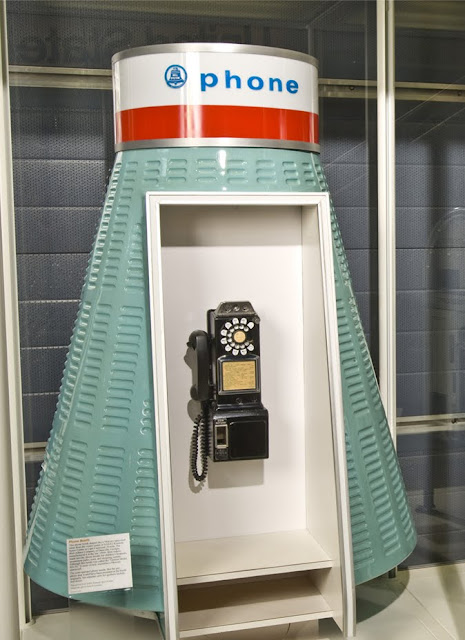 A product of America's early days of the space race. This space oddity is on display at the Smithsonian. I Dream Of Jeannie indeed...

There is nothing that can match the inimitable design styles that have come out of Japan. 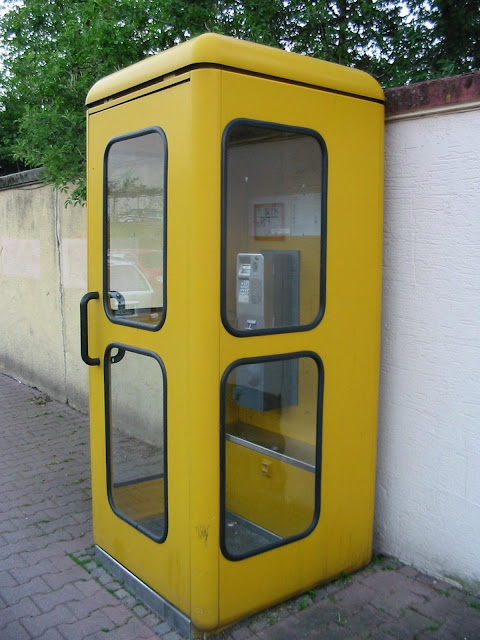 A product of the Cold War. This style is likely that of East German design influence. Leave it to the good old DDR to come up with something both strange and beautiful. 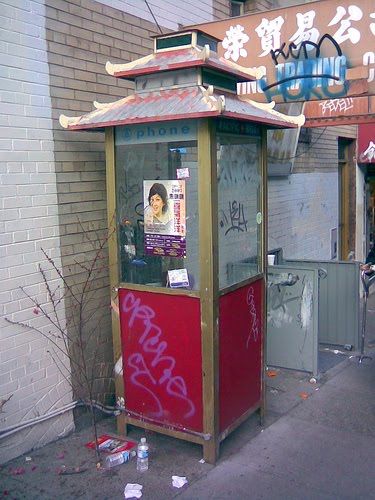 A booth that is similar in style to the ones you may find located within the various Chinatown sections located in different major cities across the U.S.A. Seeing one of these lovely items always brings a smile to my face. 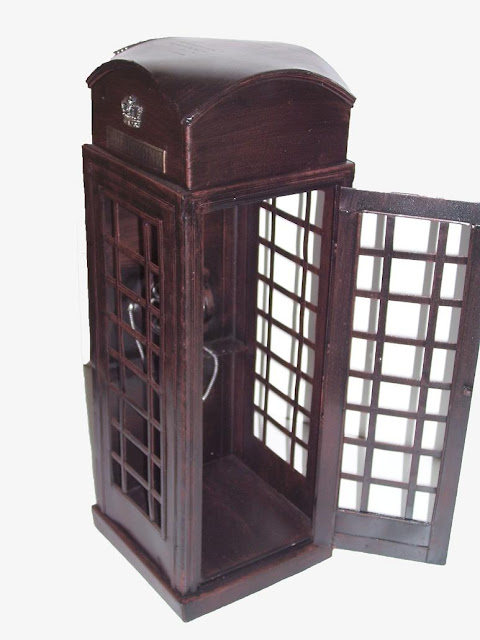 Yet another stunningly gorgeous wonder from the glory days of British design.

#13) THE PHONE BOOTH OF THE FUTURE

I just can't wait for this futuristic marvel to become real. Soon we can all sit inside and play our favorite vinyl lps to each other over the aether while sitting in this, the ultimate Mystery Box... 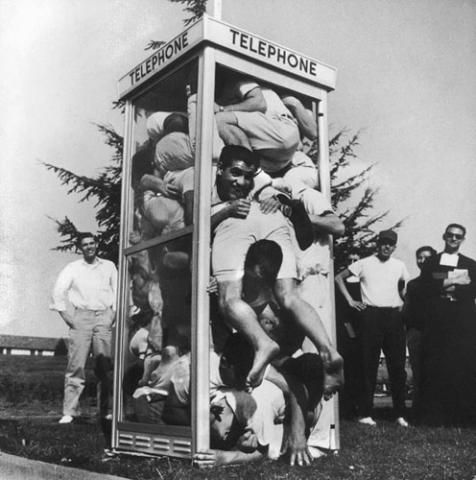