Bryan Ferry's THE JAZZ AGE: A Masterpiece In Mono

A Masterpiece In Mono

The 1920's was a time not that unlike the 1960's in that it was a period when new fashions, new music and new freedoms were celebrated with a youthful exuberance that sought to shake off those of the older established mainstream.

It was a time of partying and cheering for the end of the previous dark period of World War I, a time where women's suffrage was peaking and was subsequently celebrated with the rise of the independently-minded, adventurously daring Flappers.

Most notably, it was a glorious time for a musical genre called Jazz that had seen its birth in the African American communities of New Orleans, and was now seen as the dance band choice of the young and young-minded everywhere.

With radio broadcasts playing a large part in spreading the zest of Jazz, as well as folks flocking to dance-halls to see the bands themselves, Jazz became the rebellious music.

Bryan Ferry is no stranger to rebellion. Beginning as a part-time art teacher, his band Roxy Music released their stunningly original self-titled debut album in 1972.

A melding of Pop Art, glittering glamour, and a Post Modern spaced out experimental hybrid, the album, and the musicians in Roxy Music themselves, were something new to behold—Rock and Roll without a precedent.

As leader, voice and primary songwriter, Bryan Ferry has managed to steer Roxy Music through 40 years that also include a concurrent solo career and a vision that has seen his music evolve, change—sometimes into a much slicker beast—yet always remain importantly vital, fresh and grandiose. 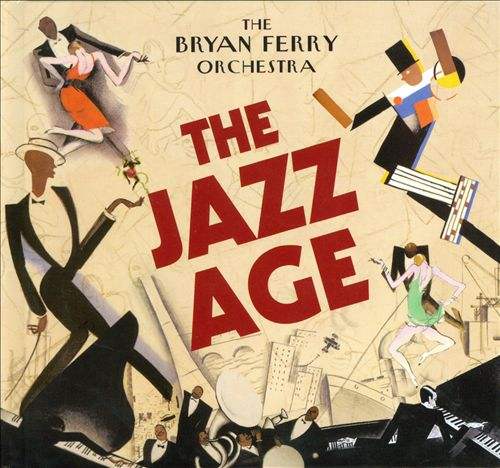 As if the white tuxedo was designed exclusively for Bryan Ferry, so to does the 1920's instrumental Jazz that he has chosen as his source of inspiration for his latest release entitled The Jazz Age seem as if it was made for his songs and style. 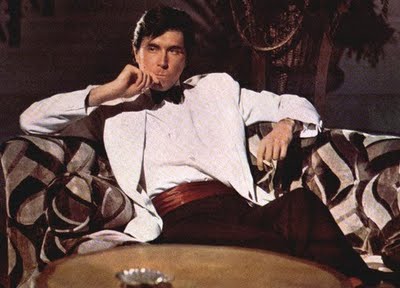 Operating as The Bryan Ferry Orchestra, Ferry has chosen tracks from 11 of his albums and worked with his longtime co-producer Rhett Davies and his arranger Colin Good to craft an album transforms the songs into the style of the 1920's Jazz bands.

Not only does the concept work as an idea, but to hear the finished product is to hear one of the more richly vibrant, rewarding albums that has been released by anyone with the legendary status of an artist like Bryan Ferry 40 plus years into his discography.

Explaining that instrumental Jazz was the music he had discovered when he was a precocious 9 and 10 years old, and using that as a basis for the project, he loved how the musicians would take a melody, introduce solos that would take the piece way out, and then return everything to a recognizable melody. 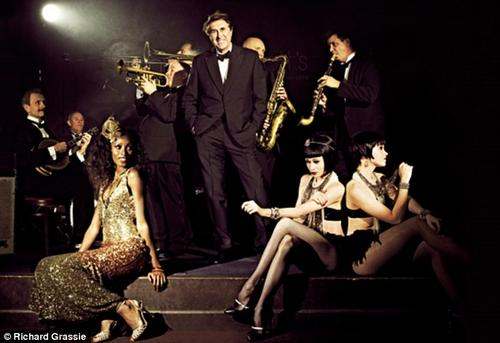 With The Jazz Age, the musicians used for the album are so expert in the style of playing, with attention to details so astute, that on first listen you are immediately transported. To know that this is Bryan Ferry covering his own songs, and all without any of his trademark singing, is a risk-taking experiment as bold as the first Roxy Music single, which also appears on The Jazz Age, "Virginia Plain."

This is not the first time Ferry has conquered pop musical history, he often covered songs by others, and for his 1999 album As Time Goes By, he covered the crooners of the 1930's to great success; yet, here he has mastered his own well loved catalog with a sparkling, as a song from the first Roxy Music album was entitled,Remake/Remodel.

Never at any time sounding like a cliched novelty album, or a mere genre exercise attempting to move product by offering something supposedly "new," The Jazz Age works well because it is the effort of highly skilled musicians that really know their 1920's instrumental Jazz, along with a bandleader who really knows his way around his own beautiful melodic gems.

The Jazz Age is an album that one can enjoy for entertainment at a surface level (tailor made for National Public Radio fans for instance) or an album that Jazz heads can dive deeper into, For example, from the second Roxy Music album For Your Pleasure, Ferry has picked his ominously creepy song "The Bogus Man" and set it to a Cotton Club/Cab Calloway smokey groove.

In another sly move that showcases Ferry's astute selection of songs, he also offers Roxy Music's inimitable single Do The Strand, a song that, if one reads the lyrics, almost precisely relates to the impact that the 1920's Jazz had on its fired up fans.

Knowing that each track a listener studies may recall the various Jazz bands of the era, like Duke Ellington's Orchestra or perhaps some of the prominent British band leaders of the time, places the album in an intellectual context with so many other brilliant Jazz albums of the past.

It seems that great artists often find a need to push further away from the tepid, watered down mainstream offerings of the less visionary that these days are easily found on the top pop charts, for example Beck's newest album is only available in sheet music form, looking back to a time that predates recorded music for a time when folks exchanged sheet music with each other or performed at one another's home on the family piano for an evening of frivolity.

I also love how The Jazz Age still is informed, even if subtly, with small touch of the wonderful British wit that the U.K. has always been known for.

While not an overtly comical album, still The Jazz Age connects me to one of my favorite groups, The Bonzo Dog Band (formerly known as The Bonzo Dog Doo-Dah Band) who in the mid 60's  were expertly releasing original and cover songs that mined the vocal Jazz pop songs of the 1920's, and along with one of their geniuses, the great Neil Innes, became such a large part of what would then become Monty Python's Flying Circus.

Another fond line is drawn to the world of P.G. Wodehouse and his fantastic literary creations, Jeeves and Wooster.

Bryan Ferry has once again cut a charmer, as The Jazz Age is an exceptional album that should not be over-looked but instead savored and revered—returning the listener to a time that was as vibrant as any in popular music's history. 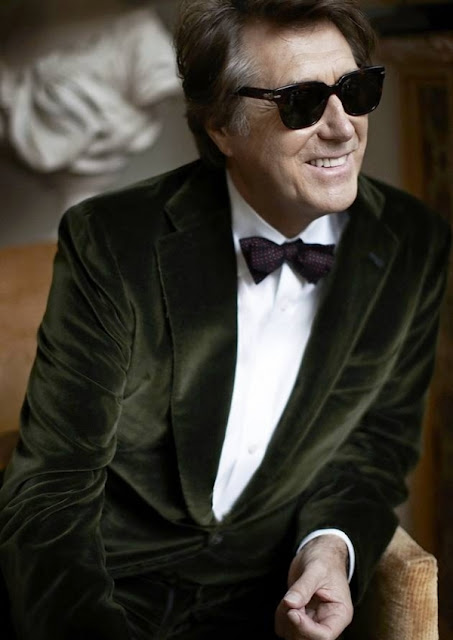 All this, and in a spectacular monophonic glory too!