Dig the old new: The incredible forgotten world of 78 rpm records and sounds 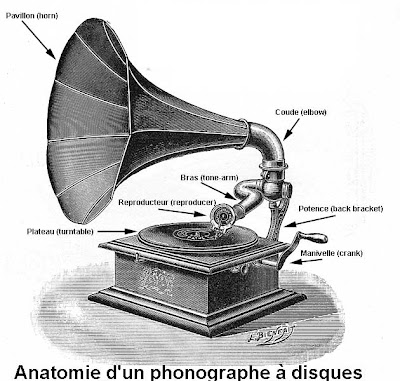 Mystery lesson pt. 1) The shellac 78 rpm (a.k.a. “revolutions per minute” or the speed of the platter as it revolves on the playback spindle) record became the standard playback medium for consumer's wanting to own and listen to music at home by about 1925. To further add to the misnomered joy of technological marvels, this exact speed is actually not that precise. In America, it was a peppy 78.26 rpm while the rest of the world (naturally) comfortably enjoyed a relaxed 77.92 rpm rotation speed. Taking over where the old paper cylinder styled phonograph medium (a long story onto itself) which ruled the audio format world from around 1888-1925 left off, the flat record disc had actually been going since the early 1890's. Still, not that easy though, as for years, until standardization took hold, the speeds were really all over the place, from 60 to 120, and some records even played from center hole outward. The reason why 78 rpm became more or less the standard eventually, has to do with it's relationship to recording soundtracks used for film and synchronization, playback listening tests, the wider width of the grooves...well, all sort of. It also seems that one company's choice of that speed was almost arbitrary for the selling of their players - but stick it did, at least for the ease of describing this format, and the 78 rpm disc became the around the world choice to manufacture and sell to people who just wanted to listen, and not discuss the minutia. 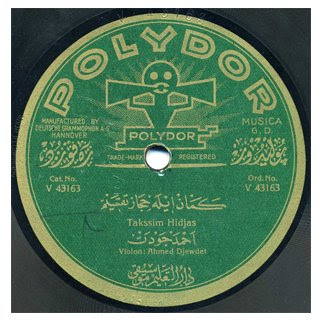 Mystery lesson pt. 2) Adding to any confusion, these early records started out being made from all sorts of materials such as hardened rubber; celluloid covered with a type of varnish; and in some cases wax, but these too became outmoded, and a composite material of around one quarter amount of the almighty shellac plus coloring, fillers etc. became the norm for these talking and singing discs. Shellac comes from the secretion of a female lac bug that lives in India and Thailand. She uses it to create cocoons on trees where it is collected, processed as dry flakes, mixed with denatured alcohol and worked into the medium that became the brittle and wonderfully beautiful pressed groove spinning world of the 78 rpm record. Oh yeah, did I mention the types of grooves varied too? I won't. Vinyl, with its capability of finer grooves and greater durability, came later.
Mystery lesson pt.3) Playback equipment for the 78 rpm record was also a convoluted morass featuring different manufacturers, law suits, brand names for the players and a large variety of player types – yet almost always featured the very large unwieldy horn which amplified the sound coming off the tone arm / cartridge needle / spinning turntable base configuration...and a hand crank device to operate the whole thing. The common name for these players is the well known phonograph. In 1905, Eldridge Johnson, main man for The Victor Talking Machine Company, which he founded a few years earlier, decided to make things look better and become less clumsy for the at home user by tucking the huge horn below the turntable and encasing the entire unit in a wooden cabinet. After many more modifications, it became the famous Victrola. Not to be confused with Queen Victrola...bad joke. In 1913 an electric motor replaced the hand crank and another best seller was born. Another company's brand name, more common to UK listeners was the familiar Gramophone. Grand 78 rpm jukeboxes, such as the most beautiful and popular ones made by the mighty Wurlitzer Company proliferated especially during the decline of the economy, and thereby record sales, in the early '30s. Originally a jukebox could only play a few platters, but everything really started shaking once you could load a hefty 100 78's into the newer machines.
The grandiose 78 rpm record was marketed around the globe by many different record labels, sometimes selling in vast quantities, and featuring just about any style of music and audio that one can imagine - some unfortunately now lost to time and breakage. From turn of the century extremely rare world music esoterica to 1920's Egyptian orchestras; early American folk, blues and jazz to vaudeville comedy routines and spoken word strangeness; popular hits to extreme over the top aural oddities. 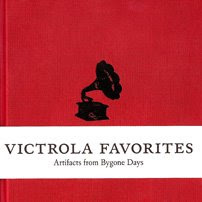 Rob Millis and Jeffery Taylor, Seattle based experimental recording artists working as The Climax Golden Twins, have for a long, long time collected 78's, and at one point had ten (!) volumes available for sale as cassette releases of their most loved discs. Rob and Jeffery have selected tracks from these long out of print cassettes for a 2 cd & book set called Victrola Favorites. The book alone is worth the price of admission, as a magnificent hardcover gem featuring photographs of the exquisite record labels, sleeves and beautiful stylus packages for the artifacts in their collection. 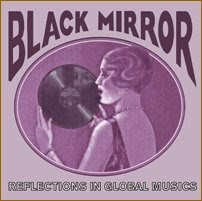 Meanwhile, another collector on the east coast, Baltimore musician and record shop owner Ian Nagoski, who has also obsessively worshiped and collected 78's from around the world for years, has his carefully cherry picked selections for a compilation with one of my favorite titles, Black Mirror: Reflections in Global Musics. Both compilations have outstanding liner notes and take you to world's you have likely not yet heard.

Both of these fine compilations are available now along with sound samples, by the can-do-no-wrong archivist Atlanta, GA based record label From Dust to Digital.
on March 28, 2010